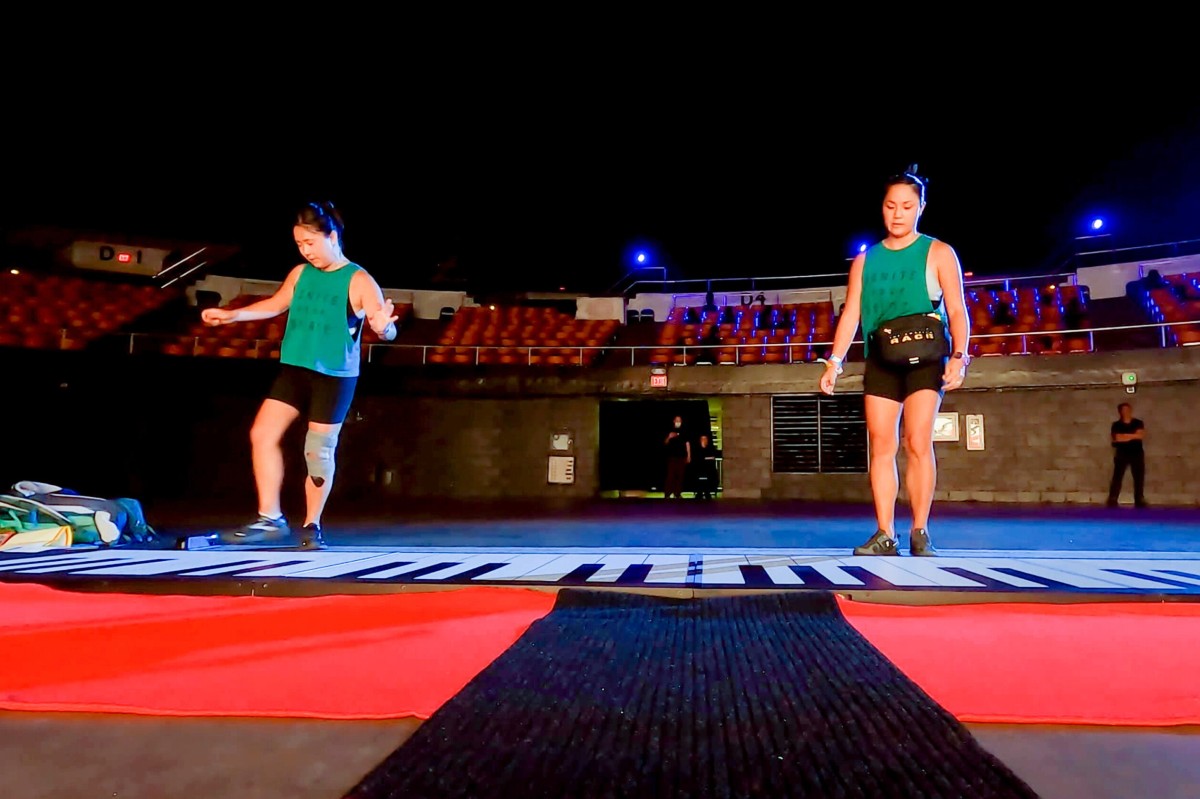 The finale of The Amazing Race 34 aired on Wednesday, Dec. 7, on CBS, and it finally crowned the winner, while two teams fell just short. Following the premiere, Emily Bushnell and Molly Sinert, whose story touched The Amazing Race fans worldwide, commented on the final leg and their fatal mistake.

[Spoiler alert: This article contains spoilers from The Amazing Race 34 finale, “The Only Leg That Matters.”]

The final three teams — Emily and Molly, Derek Xiao and Claire Rehfuss, and Luis Colon and Michelle Burgos — raced through the streets of Nashville during the last leg of The Amazing Race 34.

The contestants had to label and pack bottles of Jack Daniels, climb a bridge, deliver guitars, and finish a memory challenge that included playing a giant piano. In the end, Derek and Claire proved to be the most efficient, and they were the first team to cross the finish line. Host Phil Keoghan declared them the winners while the eliminated racers cheered them on.

However, Emily and Molly weren’t far behind Derek and Claire during The Amazing Race 34 finale. And they placed second in the season.

The twins share why they believe they lost the race

During an interview with Parade, Emily and Molly disclosed if they thought they had a chance to win The Amazing Race 34 while running to the finish line.

“You never know what can happen on the race,” Emily shared. “There was no giving up at that point. We still were so close to getting it. I never faltered for a second. I mean, I thought we could still catch them. It was totally within reason.”

Molly added, “And running through Nashville, I mean, if you’ve been there, it’s crowded and crazy. And so, who knows? We could have definitely crossed that line. I should have been carrying you on my back, like I said. I don’t know why I didn’t do that.”

But Emily doesn’t believe her injury is what cost them the win. She said, “If you stripped away the injury, we made a lot of very minor errors that added up, and it took away from time. So I don’t think the injury had much to do with our second-place finish in that leg.”

Molly also admitted that their navigation skills weren’t up to par near the end of the competition.

“I think our race brain was only functioning at 50% capacity,” Molly explained. “And so every time we would get instructions from Google Maps or something, we just weren’t interpreting them correctly for some odd reason.”

RELATED: ‘The Amazing Race 34’: Derek Thought He and Claire Would Break up After the First Leg

Even though Emily and Molly came in second place in The Amazing Race 34, that doesn’t mean that their journey on the CBS reality competition series has to end.

Many fans — us included — are pulling for the long-lost twins to return in a future season. Perhaps the producers can brainstorm another Unfinished Business installment of The Amazing Race. Whatever the case may be, we’re already itching to see Emily and Molly back on our screens. And hopefully, this time, they will be 100% healthy.

The Amazing Race 34 is available to stream on Paramount+.