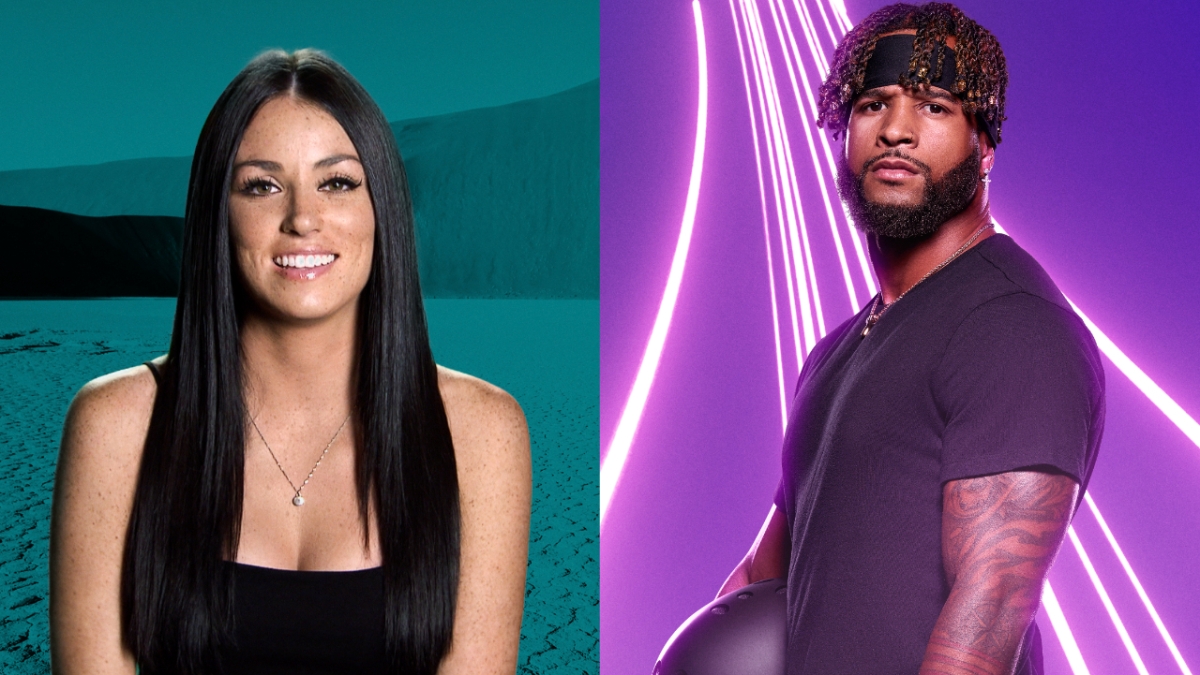 The Challenge veteran Nelson Thomas returned for season 38’s Ride or Dies alongside ex and rookie Nurys Mateo. However, he initially wanted to compete alongside rival-turned-best friend Amanda Garcia.

Nine-time competitor Nelson Thomas met veteran Amanda Garcia during their time on Are You the One? 3.

The two initially didn’t see eye to eye as he sided with someone who got physical with her, and they made their debut as partners on MTV’s The Challenge for season 28’s Rivals 3. The pair won an elimination together before eventually going home by episode 7.

Their time together brought them closer, and they became great friends. The two continued to protect each other in future seasons and became unspoken allies.

In an interview with former champ Derrick Kosinski’s The Challenge Mania podcast, he admitted he initially asked her to partner up with him for season 38’s Ride or Dies. Nelson explained he called her about the opportunity, but she declined as she has a family now. Even though he considers her his “ride or die” and wants to run it back with her, the veteran noted he knows how much motherhood means to Amanda.

Nelson is competing in ‘The Challenge 38’ alongside Nurys Mateo

Nelson returned for his ninth season alongside Nurys Mateo. During his appearance on the podcast, he explained why he partnered up with the rookie.

According to the Invasion of the Champions finalist, the two previously dated, and he knew how much she wanted to compete on the show.

The Are You the One? star apparently watched the competitive reality TV series with her family growing up, causing Nelson to believe she had the knowledge to play the game. Additionally, due to their status as a veteran and rookie team, the two-time finalist thought the two could make connections on both sides of the house, giving them an advantage.

Their strategy initially worked, especially as Nurys had a romantic relationship with Johnny Middlebrooks, the leader of the rookies, until his early exit. During their second win, the two had to pick a side and chose Devin Walker and Jay Starrett, who targeted the former champions.

Amanda is currently raising her family with her boyfriend

In February 2020, Amanda and then-fiance Ray Reinhardt welcomed their first child together, Avonni Anthony, around a year after they began dating.

At the time, she referred to him as the “love of her life” and a great father, but they separated several months later. Amanda publicly aired him out as a cheater, liar, and drug addict on her Instagram story and left him as she thought she and her son deserved better.

After having her child, the veteran returned to The Challenge after a two-year and four-season break for Spies, Lies, and Allies. She met two-time finalist Faysal “Fessy” Shafaat while filming, and the unlikely couple quickly hit it off.

Although she implied things wouldn’t get serious, the two went on a trip to Mexico following the season. After their vacation, they made their relationship Instagram official. However, she publicly dumped him a month later after pictures went viral of him cozying up to another woman at a bar. Amanda is back with Ray, and the two are raising their son together. The Challenge airs Wednesdays on MTV.