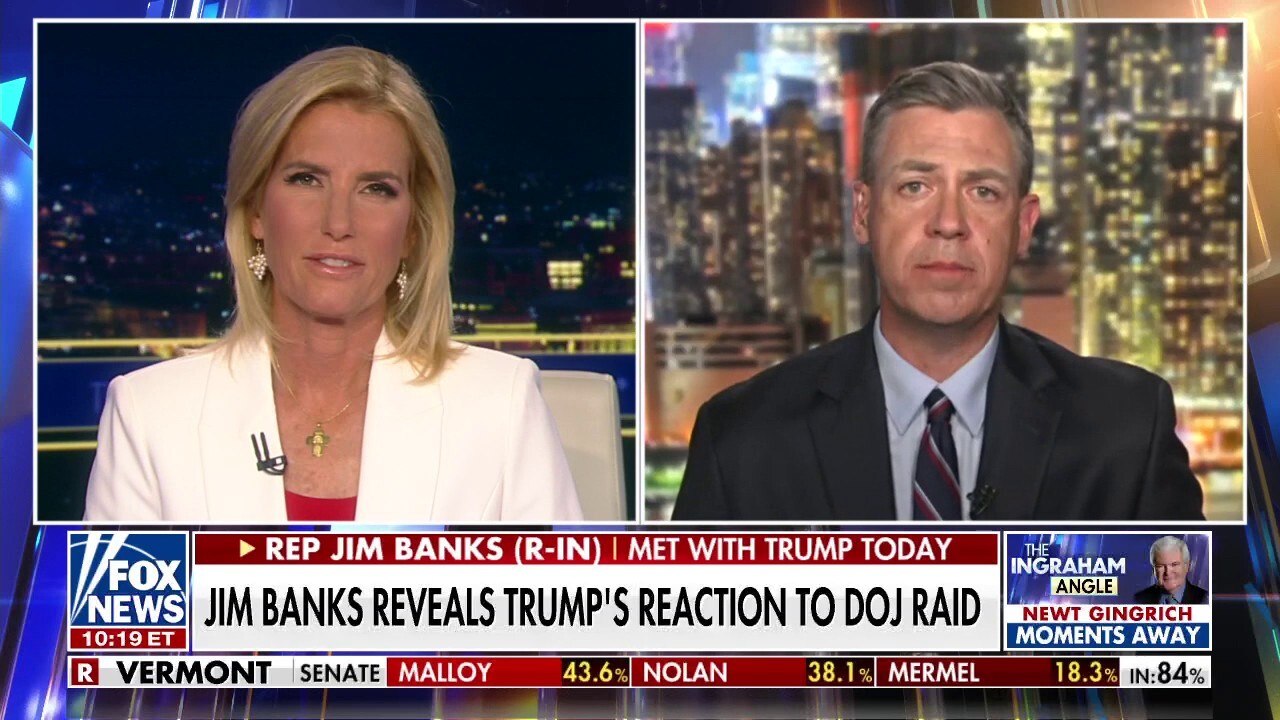 Rep. Jim Banks, R-Ind., predicts how the FBI’s raid of former President Donald Trump’s home in Mar-a-Lago will affect him and Republican voters on ‘The Ingraham Angle.’

REP. JIM BANKS: The raid unifies Republicans in the outrage, and we’re all hearing it from constituents in our districts… It unifies us in our outrage to fight back. And if anything, it paves the way for Donald Trump to unify the party once again and run for president. I really believe if he gets out and hits the campaign trail, he’s going to fire up Republicans and non-traditional Republicans to come out to the polls in November to fight back against the corruption of this administration.

What they’ve done to tear America apart, to weaponize the Department of Justice in such an un-American way, to go after the chief and primary political opponent of the current president of the United States is something we’ve never seen before in American history. And that outrage is going to lead to a massive turnout of Americans here who are going to say, “We’re not going to take it anymore.”