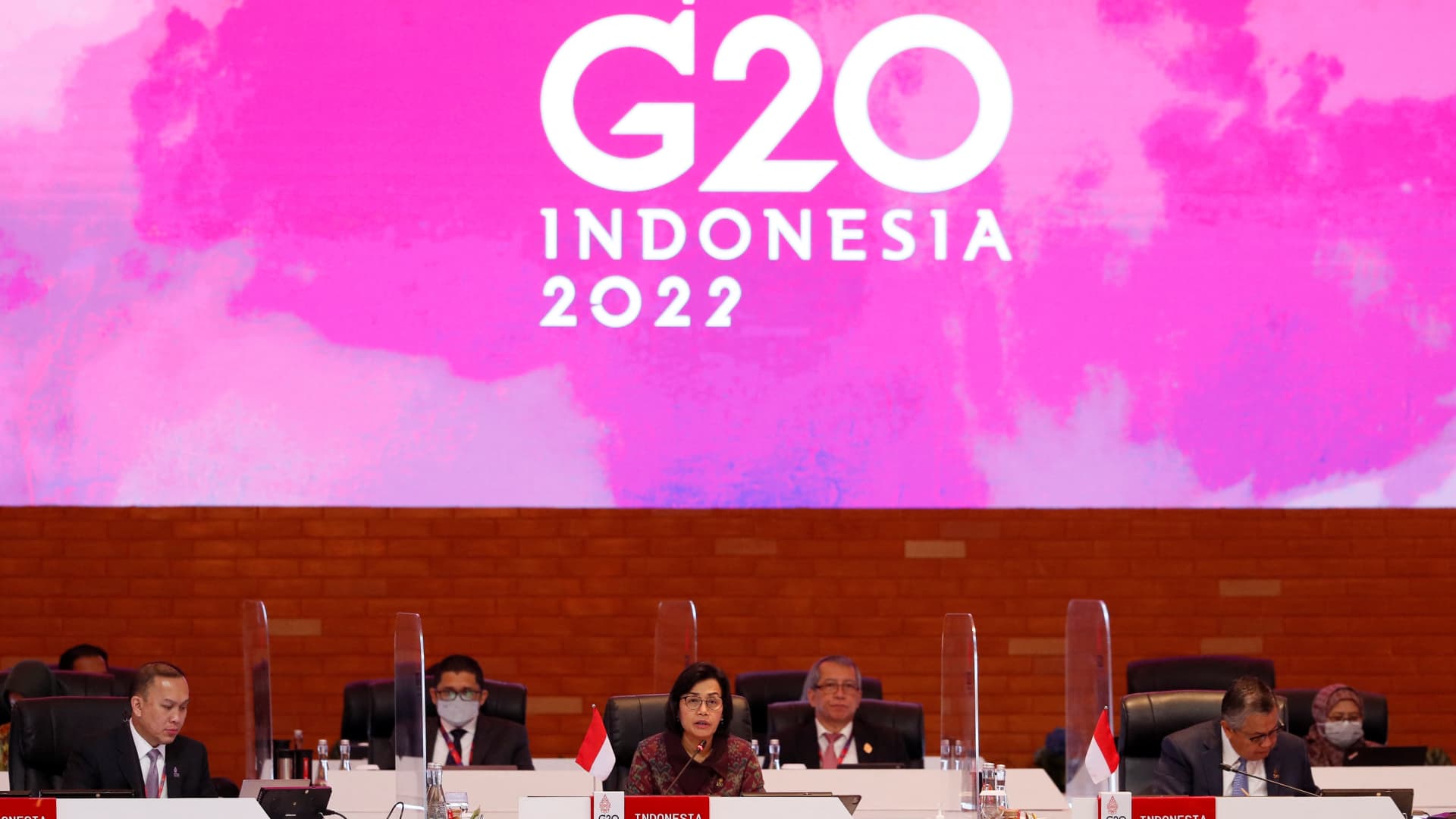 World leaders are kicking off a meeting Tuesday on the holiday island of Bali, Indonesia as the global economy grapples with a looming recession, central banks’ jumbo rate hikes and historically high inflation.

The annual meeting of leaders from the world’s major economies, known as the Group of 20 nations, is also taking place as Russia’s war in Ukraine drags on and relations between Washington and Beijing remain tense.

The gathering of officials that represent more than 80% of global GDP and 75% of exports worldwide marks the 17th meeting since the the platform kicked off after the Asian financial crisis in 1999 as a meeting for finance ministry officials and central bank leaders.

Nineteen countries and one economic region, the European Union, will attend this year’s two-day G-20 meeting.

This year’s in-person attendee list has been in the spotlight as Russian President Vladimir Putin continues his unprovoked war in Ukraine.

Putin will not be attending the summit and will instead be represented by Foreign Minister Sergey Lavrov, who walked out of a G-20 foreign minister meeting in July as his global counterparts called for an end to the war in Ukraine. Reuters reported Putin may join virtually.

U.S. President Joe Biden is also scheduled to hold a bilateral meeting with his Chinese counterpart Xi Jinping ahead of the G-20.

Expectations are ‘not very high’

Not much progress is expected from Biden and Xi’s meeting, according to Andrew Staples, Asia Pacific director of Economist Impact, the policy and insights arm of The Economist Group.

“Expectations are not very high,” he told CNBC’s Martin Soong, adding that ongoing geopolitical tensions are dragging down global growth. He highlighted China’s stance on the war in Ukraine as one of many signs of eroding relations between the U.S. and China.

“There’s a lot of concern for the business community globally that these geopolitical tensions is impacting negatively … we have in Ukraine, which China has been unfortunately been somewhat ambivalent about when it comes to President Putin, is really damaging the global economy,” he said.

“Finding some floor to this relationship — which is what Biden is looking to do — will be a positive, not only for the business community but for the global economic sentiment as well,” he said.

The role of Russia

Russia’s latest move to constantly flip its stance on the United Nations-led Black Sea Grain initiative is “likely to overshadow all other negotiations in Bali,” Laura von Daniels, head of the Americas research at the German Institute for International and Security Affairs, said in a Council on Foreign Relations report.

The agreement, reached earlier this year, sought to ease Russia’s naval blockade and reopen key Ukrainian ports to deliver crops through a humanitarian corridor in the Black Sea. It expires on Nov. 19.

“To agree would not cost Russia anything,” said von Daniels. “It would, though, allow both Xi and Putin — as leaders of authoritarian states — to be applauded on the world stage for providing food security.”

The meeting takes place as a vast majority of the world reopens borders and lifts Covid-related restrictions — leaning into the post-pandemic era with its slogan, “Recover Together, Recover Stronger.”

Members agreed that “policy stimulus needs to be withdrawn appropriately during the recovery,” the Indonesia G-20 Presidency said in a July note released ahead of the meeting. It referred to a survey of member states that it conducted.

It said the potential for longer-lasting impact from the coronavirus pandemic on global growth would be a key topic of the meetings taking place in November.

“Risks stemming from supply disruption, rising inflation, and weak investment are the top three risks to be addressed urgently in relation to scarring from the pandemic,” it said, highlighting the need for global cooperation including the gradual reopening of borders to support revival of trade.

“We’ve all got some version of an inflation problem and rising interest rates as well, so the whole world has an interest in making progress here,” Australia Treasurer Jim Chalmers told CNBC’s Martin Soong. “Conditions are high risk and they are volatile,” he said. 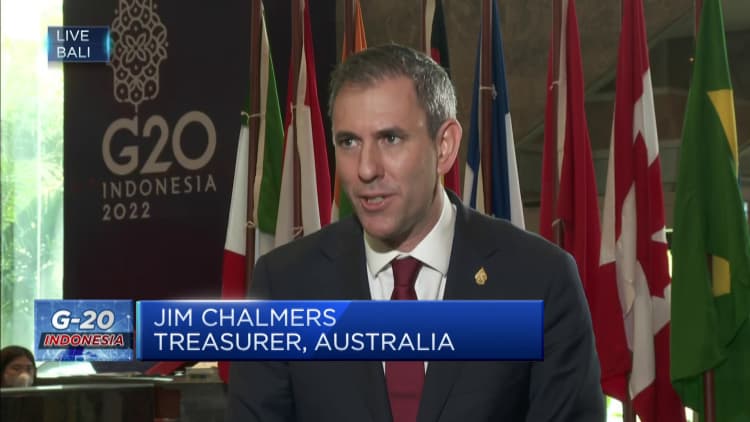