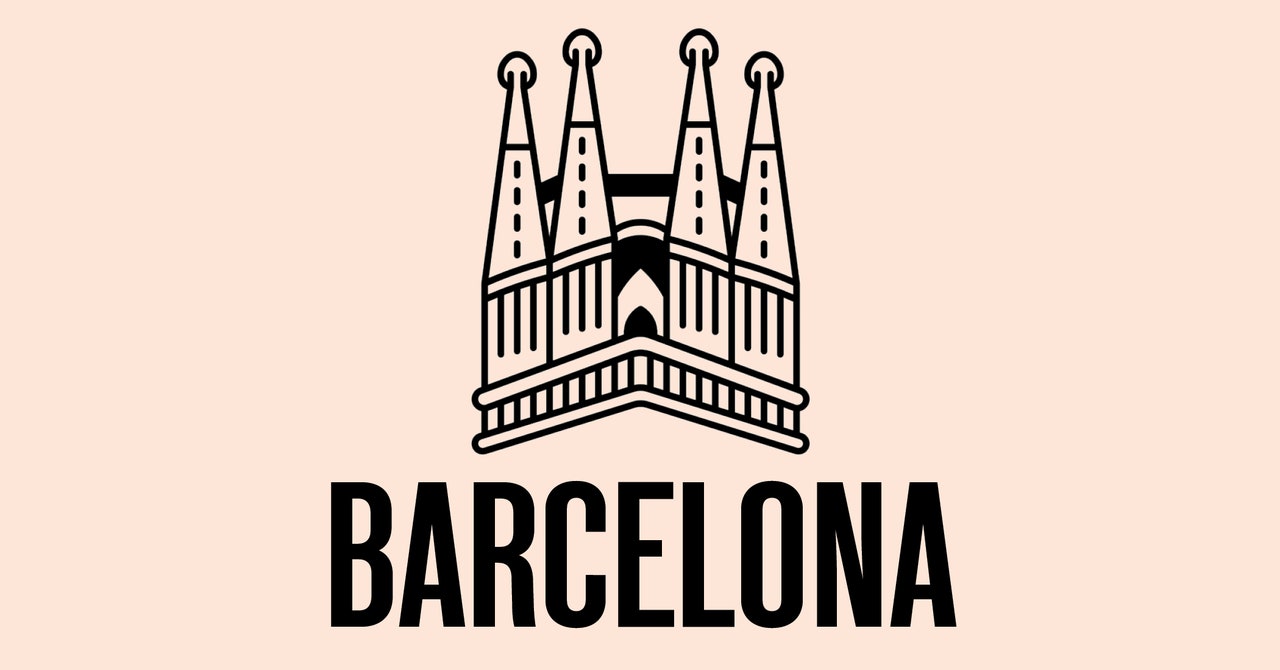 “Barcelona has triumphed over Madrid as Spain’s startup capital because of the deal flow and the talent,” explains Miquel Martí, Tech Barcelona’s CEO. “International talent is attracted by the lifestyle, the strength of the ecosystem, and the presence of international companies.”

According to Barcelona & Catalonia Startup Hub—the region’s startup directory—there are over 1,900 startups in Catalonia, mostly concentrated in Barcelona; since 2016, the number has grown by over 75 percent. The city has long had a strong tradition of health-tech startups fueled by university and regional government collaboration, but successful founders have been funding, supporting, and starting other companies, as well as diversifying into construction, mobility, and sustainability. There’s also been a slow trickle of fintech companies from London, lured by post-Brexit border-free banking, good weather, a lower cost of living—and the beach.

Lucas Carné and José Manuel Villanueva sold Barcelona ecommerce site Privalia in 2016. In 2020, they both committed €2 million (roughly $1.97 million) to found this environmentally friendly “passive house” startup, raising an additional €8 million in seed funding and, in July, €25 million in Series A funding with Redalpine, Aldea Ventures, and A/O Proptech. 011h builds prefabricated homes in its factory using wood from managed forests to remain carbon neutral. “We’re bringing the factory systems from automotive to construction to reduce costs and design buildings with low energy requirements,” explains Carné. “Buildings are responsible for 40 percent of global CO2 emissions.” A project with developer Renta Corporación reduced embodied carbon of the building by more than 90 percent compared to conventional methods, while construction timelines were reduced by 35 percent. 011h’s Fioresta development in Alicante began construction in July 2022, and the company is developing a digital platform to run the design and building process. Global expansion will follow next year. 011h.com

“We call it maths-based linguistic medicine,” says Carla Zaldua, cofounder and CEO of acceXible. The company’s automated speech analysis captures a patient’s voice—anywhere from the doctor’s office to over a landline—and uses AI to analyze their speech patterns and detect the early signs of dementia, Parkinson’s, and even coronary disease from tone, pauses, repetition, and sentiment analysis via so-called vocal biomarkers. Founded in 2017, acceXible has raised €1.4 million, supported in the early stages by grants, plus $959,000 in seed funding in 2021. acceXible detects dementia with an accuracy rate of over 91 percent, has a new funding round at the end of 2022, and is expanding internationally. The company is testing the service with the UK National Health Service in rural Cornwall, where it’s hard for older people to reach doctors, and it is prototyping a 60-second voice test to detect the signs of depression and anxiety in Colombia, Spain, the UK, and the US. accexible.com

Frederic Llordachs calls himself the “grandpa of digital health in Spain.” He created physician search app Doctoralia in 2007, then Doctomatic last June with Carmen Rios, securing €415,000 in seed funding from Encomenda Smart Capital & Ship2B Ventures. It’s a remote patient-monitoring app which, using any medical device from heart-rate monitors to scales, allows doctors to check in on patients with chronic disease. Onscreen prompts assist subjects in taking their measurements, while doctors receive alerts if results are absent or abnormal. The data is fed into Doctomatic’s predictive AI, which helps doctors identify whether a patient’s condition is deteriorating. There are some 5 billion patients suffering from chronic disease worldwide, and Llordachs notes that Covid has made it harder for those patients to attend surgeries. European countries are also facing a shortage of health care workers. “We are in health care, so we don’t want to disrupt. We want to improve,” he explains. doctomatic.com

VOTTUN is “the WordPress for Web3, selling shovels for the blockchain gold rush,” says Marta Valles, who cofounded the platform with CEO Luis Carbajo, Amazon’s former Spanish director, in 2018. To help companies trace and certify data using blockchain technology, VOTTUN offers “templates”—ready-to-use blockchain products that allow companies like Nestlé, Estrella Damm, and the World Bank, among others, to trace data, certify identity, manage crypto payments, and launch NFTs. VOTTUN received government support for its R&D stage in 2020 and 2021, then raised €1.1 million in two seed rounds from the likes of the Draper Venture Network, Lanzame Capital, and the American fund Proteum X, with plans for a €20 million initial coin offering at the end of 2022. The company broke even in 2021, and is in profit in 2022. The next step is expansion into the US and Mexico, Valles predicts. vottun.com

“Nuclia makes the unsearchable searchable,” says CEO Eudald Camprubí. With CTO Ramon Navarro Bosch, he’s built an AI-powered search engine that can index data from any document type and transcribe videos in any language. Companies possess and store more unstructured data than they know what to do with—“unstructured data in a lot of different data sources,” as Camprubí puts it. Nuclia’s semantic search indexes everything online in a specially created database so that when a user makes a search query, Nuclia offers relevant paragraphs and specific moments from audio and video recordings, all based on keywords and semantic meaning. Founded in 2019, Nuclia saw a seed round in April, led by Crane.vc and Elaia, of €5 million, which the company will use to target developers. nuclia.com

Combining the second oldest human activity (running) with one of the newest (deeptech), Lupa combines audio coaching, wearables, GPS maps, and sightseeing to take runners on new routes, explaining local landmarks as well as offering running tips and feedback on their physiology. There’s also a social element to the app—Lupa hosts weekly run clubs, and its Sweat and Smile podcast aims to build a community feel. The mobile app company was founded in 2020 by Stefano Lorini, a Salomon-sponsored mountain runner and former program lead at Google for Startups, and his cofounder, CTO and running partner Sergi Porta. lupa.run

Hubuc’s platform enables any company to embed financial services in its product: services like issuing payment cards, controlling FX rates, and organizing customer payments. CEO Hasan Nawaz and COO Ignacio Javierre worked on pivot after pivot before launching HUBUC in May 2020. Their single API can embed financial services—bank accounts, payments, FX rates—into business offerings. HUBUC sits between financial partners and the company’s product, managing contracts and regulatory requirements. February’s seed round raised $10 million from DreamWorks founder Jeffrey Katzenberg’s WndrCo, and Runa Capital. “Use has grown exponentially, with the number of card transactions increasing by 1,600 since the beginning of the year,” Javierre explains. hubuc.com

As the world started ordering food by app, who supported the food providers? Last.app is a B2B on-demand courier service for the restaurant industry, founded in 2019 by two brothers, both former Glovo employees, to serve hospitality businesses, restaurants, and ghost kitchens. Local entrepreneur and CEO Eric Nikolic saw that “technology has made things more difficult, not less, for restaurants,” he explains. So far the company has deals with local chains including PadThaiWok, Tony Roma’s, Carl’s Jr., and Miss Sushi. January’s €2.5 million funding round, led by All Iron Ventures, a Spanish financier, with support from Bynd, is aimed at driving international expansion over 2022 for the currently Spanish language-only app. last.app

“Insurance is not a sector that’s demonstrated much innovation so far,” says Ana Zamora, long-serving insurance expert and now founding CEO of Vitaance. “It should contribute to lives, not just cover disasters.” Working to overcome consumer perceptions that insurance is boring, Vitaance gamifies financial, social, mental, and physical improvements for a company’s employees by offering rewards for individuals and teams that hit healthy physical, emotional, and financial goals. The Catalan company closed 2021 with a €3 million pre-seed funding round from SoftBank, Kindred Ventures, and Astorya, among others, to fund a research and innovation lab and expand employee benefits. vitaance.com

Payflow shares Catalonia’s respect for civil society. The startup sells a salary-advance service to employers, charging companies a commission if staff withdraw a portion of their salary early, rather than charging staff, as rival services do. “We’re providing a true employee benefit for blue-collar workers and will never charge employees,” says Benoît Menardo, who cofounded the company in 2020 with Avinash Sukhwani. Among users it has a 40 percent average download rate, which peaks at 90 percent for some of its clients. Since its 2020 launch it has raised €12 million, with an €8 million round in January that included Spain’s VC Seaya Ventures, Cathay Innovation, Y Combinator, and Steve Huffman’s Rebel Fund to transition to a neobank. payflow.io