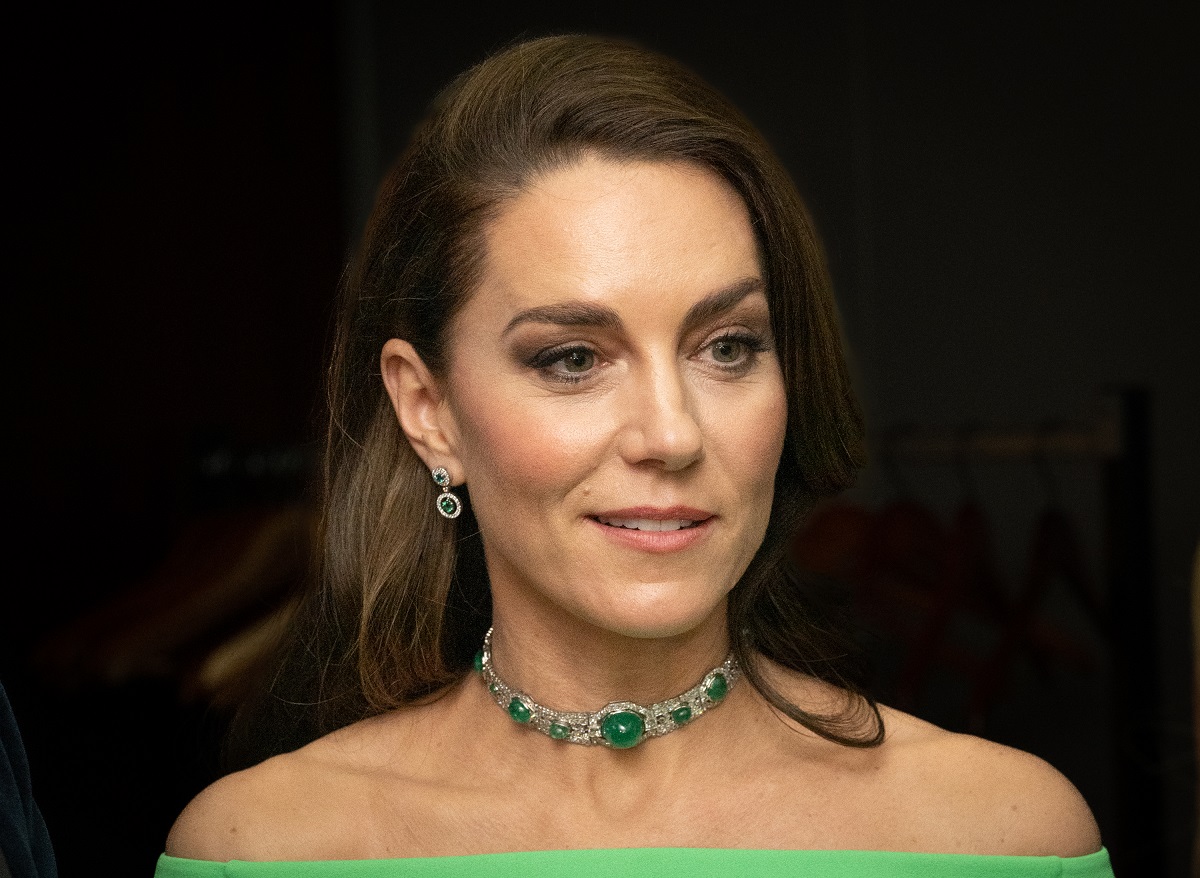 Kate Middleton and Prince William recently visited the United States for the first time in 14 years. During the trip, Kate’s fashion was more subdued than usual, but at one event, the Princess of Wales wowed the public with an eye-catching choker necklace that contains an interesting history.

Kate and William’s final engagement in the U.S. was the Earthshot Prize ceremony in Boston. William helped found the awards, and the first ceremony was hosted in London in 2021.

This year, Kate showed up in a dazzling green gown by Solace London. The princess paired it with a choker necklace made of diamonds and emeralds.

The special necklace was previously owned by Princess Diana. According to People, Diana received it from Queen Elizabeth as a gift after marrying Prince Charles. However, its history dates back to 1911 when Queen Mary first got it from the Ladies of India.

Princess Diana had a different way of wearing the choker

Diana has notably worn the necklace many times during her stint as a working royal.

Most notably, in 1985, she debuted a unique way of wearing it. During the royal tour of Australia, the late princess wore the necklace as a headband, which she paired with a teal ball gown.

Royal biographer Kitty Kelley alleged that Diana did not originally intend to wear the necklace as a headband. However, when she tried to put the necklace on, it became stuck on her head. Diana reportedly decided it looked good and wore it as a necklace anyway.

Kate Middleton has also worn other pieces from Princess Diana

After Diana died in 1997, her jewelry pieces were inherited by her sons. As such, Kate has access to the collection and has worn several other pieces previously owned by her late mother-in-law.

For example, Kate sometimes sports Diana’s earrings, including the South Sea pearl earrings and the sapphire-and-diamond earrings. Kate also seems to like the Cambridge Lover’s Knot Tiara, which Diana often wore during her time as a royal.

Most famously, when Kate got engaged to William, she was given Diana’s sapphire engagement ring, which was created by British jeweler Garrard. According to Diana’s former butler Paul Burrell, who appeared in the Amazon Prime documentary The Diana Story, William didn’t initially own the ring. Burrell alleged that Harry was the one who had it after Diana’s death. However, Harry decided to give the ring to William when the latter wanted to propose to Kate.

Burrell shared in the documentary (via Marie Claire): “Harry said to him, ‘Wouldn’t it be fitting if she had mummy’s ring? Then one day that ring will be sat on the throne of England.’ Harry gave up his precious treasure. His one thing he kept from his mother, he gave to his brother. That’s selfless, kind and exactly who Diana was.”

RELATED: Kate Middleton’s Staff Is Now Banned From Talking About 1 Popular Aspect of the Princess of Wales