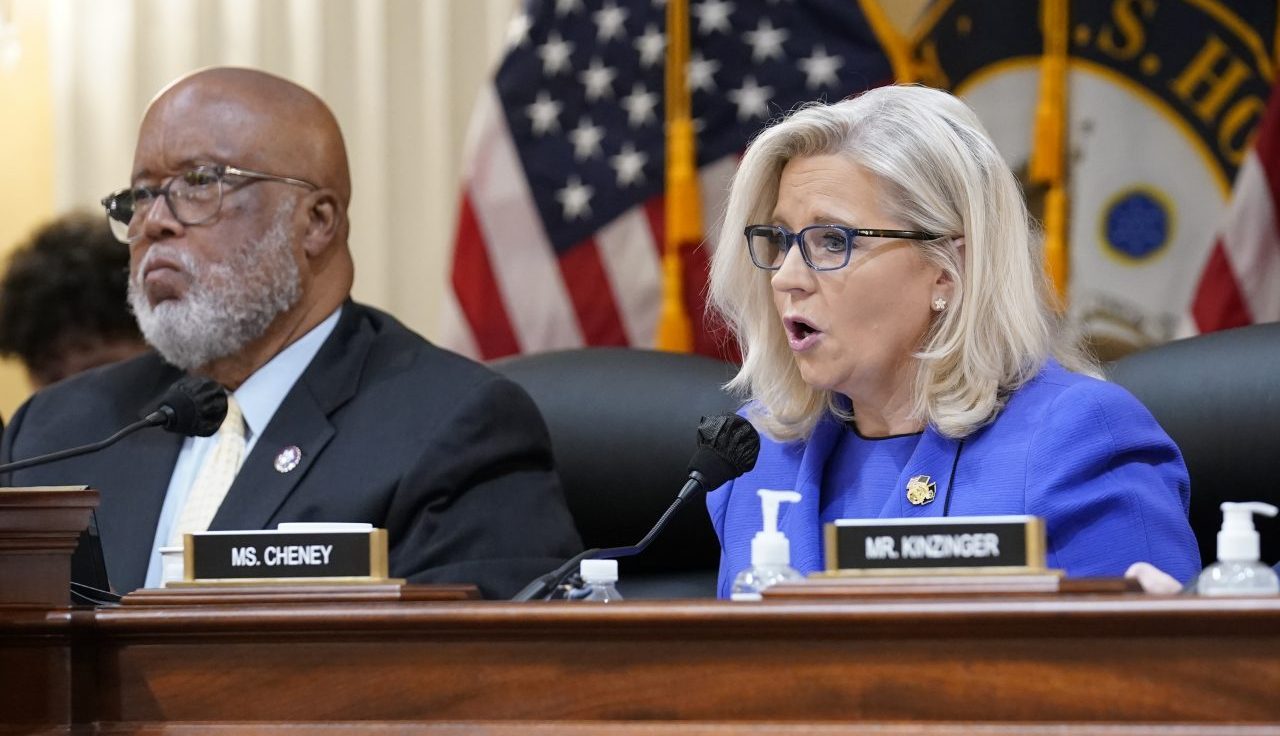 The praiseworthy, preemptive political obits had already been published. All that remained was for the reporters and anchors to trek out to Wyoming and perform last rites.

But it is difficult to think of a single congressional primary loser who has drawn more glowing plaudits than Liz Cheney.

TRUMP TROUBLES COULD STILL BACKFIRE ON HIS CRITICS, WHILE BIDEN BRIEFLY BREAKS THROUGH

She was a featured guest yesterday on “Today,” telling Savannah Guthrie: “I will be doing whatever it takes to keep Donald Trump out of the Oval Office.”

Pretty impressive for a woman who got clobbered in Tuesday’s primary, drawing less than 30% of the vote in her loss to a Trump-backed rival, Harriet Hageman. Some Democrats crossed over for Cheney, but she was overwhelmed in the heavily Republican state, where many voters felt she doesn’t represent them any more.

Cheney countered that she could have won the primary with 73% of the vote, as she did last time, by going along with Trump’s “big lie” about the 2020 election.

It was “a speech that seemed directed not just at Republican voters, but at a wider national audience,” the New York Times says, stating the obvious after she entered to strains of Tom Petty’s “Don’t Back Down.”

Cheney quoted Martin Luther King on the long arc of history bending toward justice, and then invoked Ulysses Grant, as a Civil War general, taking heavy losses but marching on to Richmond and victory rather than retreating to the safety of Washington. She called for “Republicans, Democrats and independents” to unite “against those who would destroy our republic.”

As a Washington Post story points out: “It will be more difficult for the younger Cheney to garner the same level of attention next year, when she is out of office, after just six years and at the politically young age of 56. She won’t have the vice-chair perch she currently enjoys on the Jan. 6 committee, whose hearings have drawn tens of millions of viewers on national TV.

“But she has gained a level of attention that now dwarfs almost every other member of Congress, commanding a platform that all but a handful of other Republicans in the Capitol have attempted.”

Everybody knows Liz. Including Trump, who called her a “fool” and quickly posted that “the very big Liz Cheney loss” was “a referendum on the never ending Witch Hunt.”

Keep in mind that Cheney is a very conservative Republican. As a protege of her father, the former vice president (who wouldn’t join a Tuesday photo with her without being asked), she was a prominent official in the Bush State Department.

Hageman, by the way, is a former Cheney supporter who in 2016 opposed Trump as “racist and xenophobic.” But then she got on board the stolen-election express and he backed her.

Alex Wagner, in the debut of her MSNBC program, showed she will continue the anti-Trump themes of Rachel Maddow, who she is succeeding four nights a week.

She began with a laundry list of Cheney’s conservative positions back when the left hated her as an anti-abortion warmonger.

So while the media and some Democrats have strange new respect for the soon-to-be-former congresswoman, she has a Mike Pence problem. The left can’t stand her policies and the Trump-controlled right view her as betraying an ex-president who they don’t think is lying.

How, then, is she pondering a presidential run?

SUBSCRIBE TO HOWIE’S MEDIA BUZZMETER PODCAST, A RIFF ON THE DAY’S HOTTEST STORIES

Cheney would have no chance, of course. But she would have a big stage. She would be able to hector Trump over the “rigged” election in a way that no one else could or would.

Lots of people, from Al Sharpton to Fred Thompson, make the run to grab attention, rebrand themselves and land book and cable deals. Cheney would be on a mission.

Whether you like Liz Cheney or can’t stand her, she did something that is exceedingly rare in national politics: tossed away her career on a quixotic mission to stop a president who she believed was destroying her party. And on Tuesday in Wyoming, she paid the price.

Howard Kurtz is the host of FOX News Channel’s MediaBuzz (Sundays 11 a.m.-12 p.m. ET). Based in Washington, D.C., he joined the network in July 2013 and regularly appears on Special Report with Bret Baier and other programs.