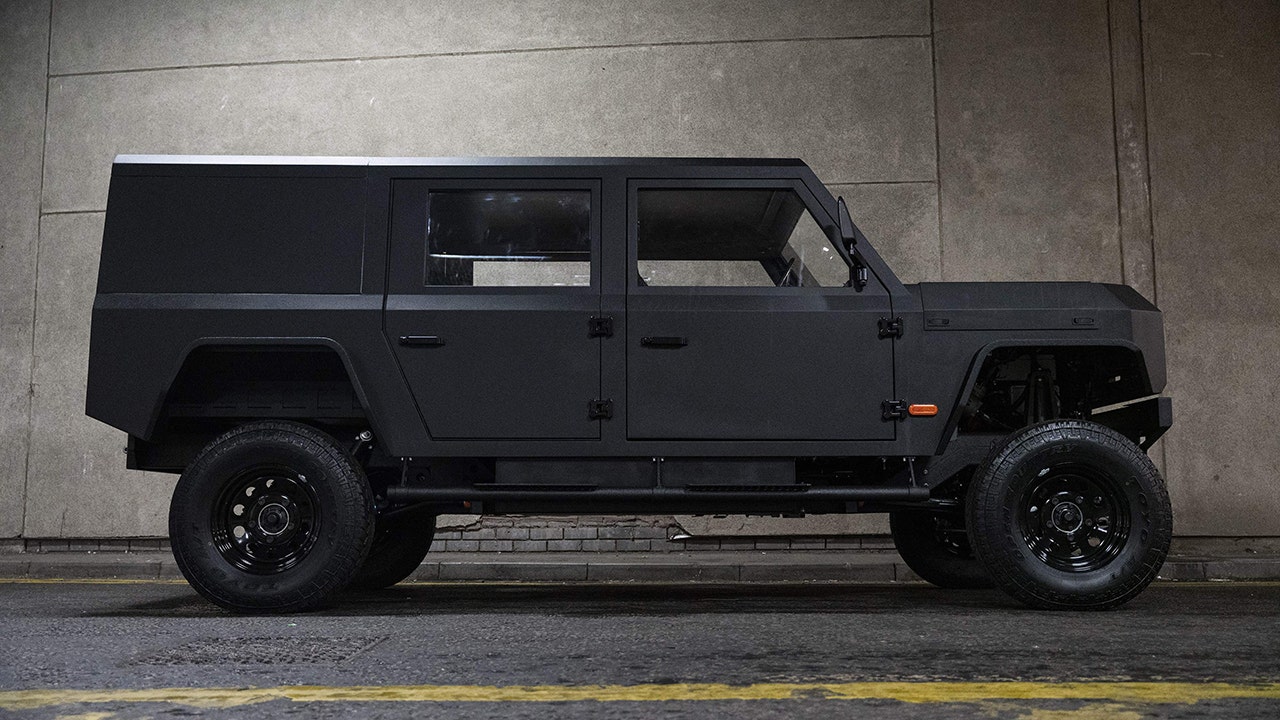 You never know what you’ll find on a trip into the wilderness, including ideas.

The Munro Mk_1 SUV is set to be the first vehicle produced in Scotland since the 1980s.

The full-size truck unveiled in Glasgow on Monday is an all-electric 4×4 that will be exported to the United States next year.

Company CEO Russell Peterson said it was inspired by an off-road excursion he took with company co-founder Ross Anderson in 2019.

The Munro Mk_1 is an all-electric SUV.
(Munro Vehicles)

“The off-roader we were driving through the Highlands was combustion-engined, and it was really struggling on the steep climbs. So, we were musing how much better it would be with an electric motor,” he said.

The Mk_1 was designed primarily for commercial and extreme off-road use.
(Munro Vehicles)

“On the return journey, we stopped at a café in Braemar, where a bank of 50kW rapid chargers were sitting empty and unused. Parked up nearby was a large group of combustion-engined safari adventure 4x4s of a type that are no longer manufactured and will have to be replaced eventually.  It dawned on us that there was a gap in the market for an electric-powered, four-wheel-drive, utilitarian workhorse. We envisioned a vehicle with ultimate, go-anywhere, off-road ability, unrestricted by road-derived underpinnings that limit the all-terrain ability of vehicles such as the 4×4 pickup trucks that have come to dominate the market.”

The Mk_1 is being offered with the choice of either a 295 hp or 375 hp electric motor that drives the wheels through a traditional 4×4 system with some parts sourced from the classic Land Rover Defender, instead of powering the wheels directly like many EVs today.

The trucks have been developed primarily as commercial and adventure workhorses and are geared with a top speed of 80 mph, but the more powerful model can accelerate to 60 mph in less than five seconds.

The body is designed to offer extreme approach and departure angles and there is 11.5 inches of ground clearance below the axles. Its payload and towing capacities are rated at 2,200 pounds and 7,700 pounds respectively.

The Mk_1 will be available with battery packs of 61kWh and 82kWh capacities, the larger providing up to 190 miles of driving per charge, which Munro estimates is good for 16 hours of low speed off-road operation in its intended use cases. It is compatible with public DC fast-charging stations that can refill the battery to 80% in just over a half-hour. Pricing in the U.K. starts at the equivalent of $60,000, while a loaded Founders Edition model lists for $88,000.

Exports to the U.S. are scheduled to begin next year at a yet to be announced price. It will initially be sold under Class 3 truck with a sparsely appointed five-passenger interior, but a company spokesperson said that a light duty model is in development.