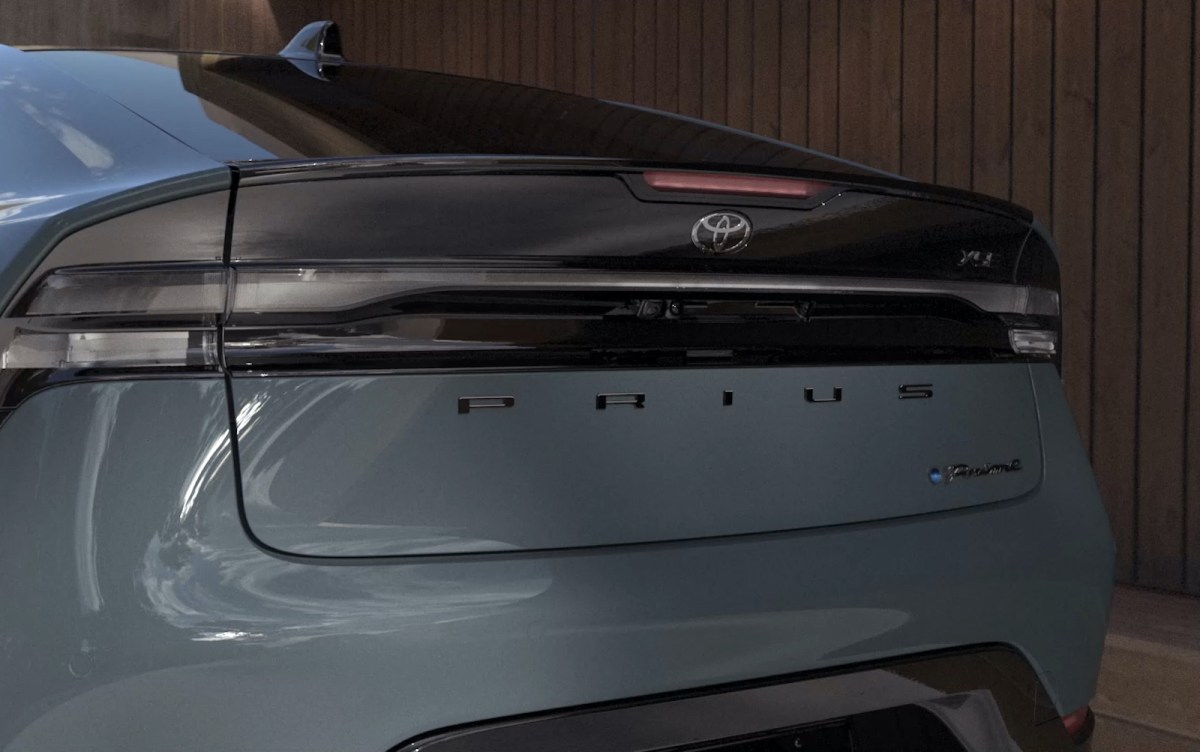 Toyota’s vaunted product development group was racing against the clock back in 1996 and through the summer of 1997. The new president, Hiroshi Okuda, had moved up the timetable by a year for introducing a new type of car called “hybrid.”

As originally planned Toyota’s launch of the Prius, the world’s first mass-produced gas-and-electric car, had been scheduled for December 1998. But Okuda, who had taken over as Toyota president in August 1995, decided to move up the launch to take advantage of the expected publicity surrounding the Kyoto Conference on Climate Change, which would be held during the first week of December 1997 in the historic city.

The conference set numerical targets on reducing greenhouse gases for the first time. Cars accounted for an estimated 20% of greenhouse gas emissions, second only to electric power generation, and thus were an obvious target of clean-air mandates that were gaining traction in Europe and in the US – notably, in California.

Hybrids were not new to the industry conceptually. They dated back to the turn of the previous century in Europe and most prominently to the work of Ferdinand Porsche. However, those earlier efforts were universally market failures.

Then two 1970s Middle Eastern oil crises – the first in 1973, the second in 1979 – changed how the world looked at cars. Bigger was no longer better, due to long lines at the pump following the 1973 Arab oil embargo and to supply shortages and price doubling triggered by the Iranian revolution in 1979.

It would take another decade for hybrids to emerge as a potential alternative to traditional cars, but in the early 1990s, they became the focus of the Clinton administration’s “new generation” vehicle program. In 2001, hybrids were included in California’s Zero Emission Vehicle Program as a stopgap measure when the state, historically a leader in promoting clean energy technologies, couldn’t meet its pure-electric vehicle targets.

In their simplest form, hybrids combine two power sources to propel the car — generally a gasoline engine with an electric motor running off a secondary or storage battery. The car’s main battery continues to operate independently for starting the engine and powering various electrical systems such as lighting, wipers and steering.

The secondary battery is rechargeable, much like the battery in your laptop or cell phone.

Back to the Prius

No one could have envisioned what would follow the launch of the iconic bubble-shaped car: that a quarter-century later the Prius (meaning “first” in Latin) would have recorded more than 5 million sales – 5.5 million including a so-called “plug-in hybrid” version of the car, the Prius Prime, that can run part-time in all-electric mode.

Or that the Prius today would still be the top-selling electrified car — by far — among both hybrids and full electrics including smaller-volume plug-in hybrids. Its closest rival is the Tesla’s Model 3, a full electric, at 1.7 million units.

Toyota’s hybrid lineup now comprises more than 30 models in addition to the Prius. Combined hybrid sales are approaching 21 million, which is more than 70% of global hybrid sales by all manufacturers and brands. It is nearly 40% of all electrified cars sold including full electrics and fuel cell vehicles. Among the Toyota sales: more than 2 million Lexuses.

The automaker currently produces hybrids in 13 countries, including Japan. And in  2022, it is on track to sell 2.6 million units, a record high – nearly 2.7 million counting the Prime.

Hybrids account for 27% of Toyota cars sold globally. If you exclude 660cc minis, a special Japanese category, the hybrid share of Toyota sales grows to 32%.

Toyota’s fuel cell car, the Mirai, is a hybrid.

Since 2016, sales have grown annually by more than 10% including modest growth during Covid.

Although it’s difficult to measure, the automaker claims that the Prius alone has contributed to reducing more than 82 million tons of CO2 emissions over the life of the car. Extrapolating to its entire hybrid lineup, that comes to more than 300 million tons.

Toyota’s hybrid success has also been a source of criticism, particularly in North America, where, beginning with the Prius, hybrids have never been fully embraced by the market. In the case of the Prius the criticisms were: too small, not enough power, lacked the utility of CUVs and SUVs, crossover-utility and sport-utility vehicles, the dominant segments.

And now, the automaker, by its unwillingness to go “all-in” on full electrics, has been accused by critics of being out of touch.

It is a fact that Toyota is not all-in.

Specifically, Akio Toyoda, Toyota’s president, has refused to commit to a timetable for going all-electric, arguing that the market is not ready.

And he’s right, in part. The market surely isn’t ready in the US or in emerging regions like Southeast Asia, India and the Middle East.

It may be ready in Europe and China, but regional differences within those markets plus factors like soaring energy costs (making battery production more expensive, for instance) could delay a smooth transition.

And despite a more than 10-fold increase in electric car sales over the past five years, most automakers still depend on subsidies, tax credits and other incentives to make a profit. Tesla is an exception – with the caveat that Tesla lost $7 billion in its first 11 years before finally turning a profit in 2020.

Toyota makes money from its hybrids. It is been selling at them at a profit for nearly 20 years.

Nevertheless, it lags badly in the full-electric segment.

Through October, the automaker had sold or leased only 36,000 all-electric units dating back to the RAV4 EV in 1997. It isn’t even an also-ran in the segment.

The bZ4x, Toyota’s first global model, is now available in Japan, China, the US and the UK. A Lexus model, the RZ 450e, is due out by the middle of next year.

The automaker has promised 30 full-electric cars by 2030 and global sales of 3.5 million units.

It won’t be doing so at the expense of hybrids, although some of the massive investments it is making in electrification, particularly with respect to batteries, will overlap.

Batteries have long been the biggest obstacle for automakers trying to move away from internal combustion engines. In recent years, costs have come down close to levels that make electric cars affordable.

Although slow to shift to full electric, Toyota has the financial wherewithal to do so if it wishes. Its $64 billion in cash reserves still ranks at the top of the industry.

Last December, the automaker committed 8 trillion yen — $70 billion when it made the announcement — to electrifying its lineup, reportedly with half going to electric cars.

Of the total, it revealed plans to invest $5.6 billion in lithium battery production, including $3.8 billion in a new plant in Liberty, North Carolina, US. That plant, Toyota’s first battery plant in North America, will be operated jointly with Panasonic Corporation, its longtime battery partner.

This will be the second venture outside of Japan for Panasonic, which in 2016 had established a foothold in China. The plant will produce batteries for both electric cars and hybrids.

Toyota currently makes nine Toyota and Lexus hybrids in the US and Canada. What’s in store for the new plant, which is scheduled to begin operation in 2025, is still a matter of speculation.

Nevertheless, the new Prius, the fifth generation, introduced in November in Japan, provides hints about Toyota’s hybrid roadmap. The automaker both boosted power and created a new sleeker styling. It also switched to lithium batteries for all variants. It thus will no longer use nickel-metal hydride, which had been the mainstay battery for Toyota hybrids.

It is against this backdrop that we go back to the beginning.

Toyota began developing the Prius in the summer of 1993 with management assembling a small team of engineers and giving them a blank sheet to create a new car concept for the 21st century. By the end of the year, the team laid out basic parameters for a new car. It wasn’t a hybrid.

According to team member Satoshi Ogiso in an official history of the project: “We felt hybrid technology couldn’t be achieved by the start of the 21st century, just seven years away. The whole team (initially 10 members) shared that view.”

That changed in November 1994 when Toyota’s EVP for technology, Akihito Wada, instructed the team to change course and develop a hybrid.

The team, which had been disbanded and reconstituted and would eventually grow to 2,000, set its sights on the 1995 Tokyo Motor Show. It met that target, those of us who attended the show can attest, although the show model didn’t incorporate a battery.

Instead, it used a capacitor, which, without getting into the weeds of automotive electronics, would have been far too limiting for Toyota’s purposes.

Unbeknownst to the public, the team was working with Matsushita Battery Industrial Company (which 13 years later would be renamed as Panasonic Corporation) to develop a battery for the car.

And in early November, after the show had gotten underway, they assembled a prototype of the car – fitted with a nickel-metal hydride battery – that would eventually become the Prius production model.

It would take another seven weeks to get the prototype up and running with a range of only 500 meters, slightly longer than four soccer fields, before shutting down. This tie-up with Matsushita would have long-term consequences and is the starting point for the coming part two of this report.

Roger Schreffler is a veteran correspondent for Wards Automotive and a former president of the Foreign Correspondents’ Club of Japan.