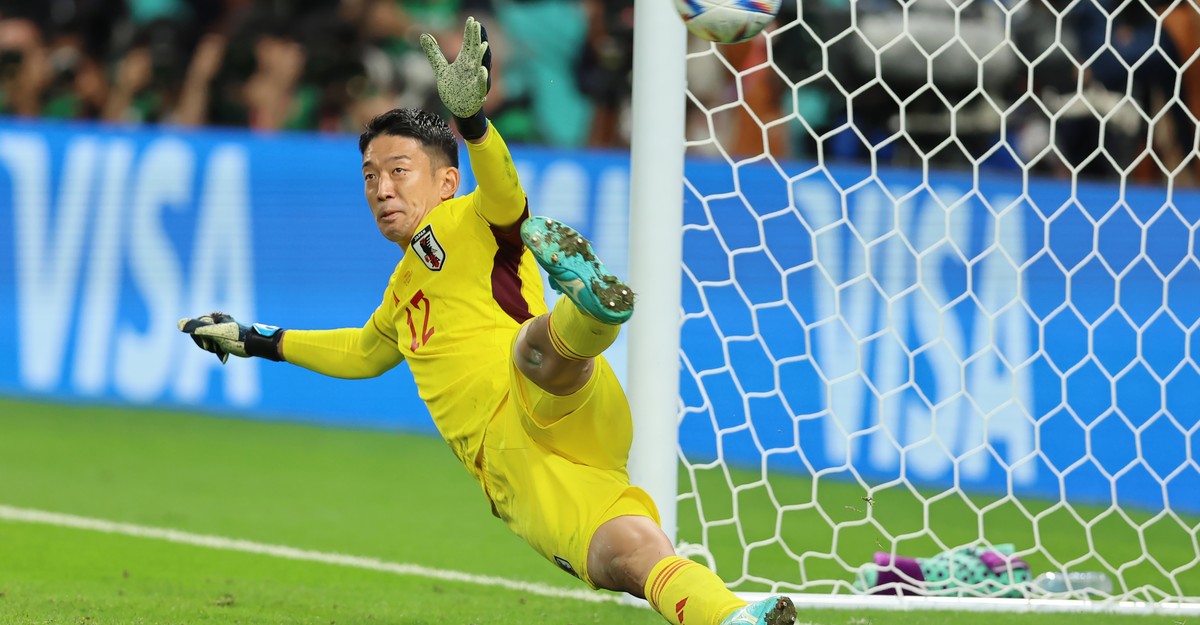 This is an edition of The Great Game, a newsletter about the 2022 World Cup—and how soccer explains the world. Sign up here.

Japan beat two World Cup champions, Germany and Spain, on its way to the knockout stage. But the Samurai Blue will go no further, defeated on penalties by the 2018 finalists Croatia after more than 120 minutes of play, including the first shootout of this year’s tournament.

Japan struck first in the 43rd minute when the striker Daizen Maeda fired a loose ball in the box straight to the back of the net. But Croatia equalized when Ivan Perišić beat the Japanese defenders to a header 15 minutes into the second half.

Upsets are part of what make the World Cup so enjoyable. The teams with the most famous and expensive players don’t always win. Japan’s roster doesn’t have anyone as famous as the Tottenham winger Perišić, the Real Madrid playmaker Luka Modrić, or the Inter Milan regista Marcelo Brozović. But they still defeated two football titans in the group stage and fought Croatia to a standstill in the knockouts.

As the minutes ticked away in overtime, however, I became more confident that the 2018 finalists would proceed. Not because Croatia was the better team, or because I thought they would score in overtime, but because the match seemed sure to go to penalties. I understand why they’re necessary, but they’re among my least favorite aspects of the game, in part because living in Rome and watching Italy’s Roberto Baggio rocketing the ball into the sky in the 1994 World Cup final against Brazil is one of my earliest traumatic sports memories.

Scoring penalties is a distinct skill from the rest of the sport, more of a mental test than an athletic one. Great players are not necessarily great penalty takers. There are middle-aged retired footballers who can kick a penalty better than 20-year-olds who would break their ankles dribbling past them on the pitch. Scoring penalties is about having ice in your veins, about not cracking under the pressure. It’s about concentration. And because of that, succeeding on penalties is often a question of experience. And Croatia has plenty of experience in this area, having won two penalty shootouts in 2018. Although Brozović was the only player from those previous shootouts to take a penalty, having that institutional knowledge from the older players was still an advantage.

As The Athletic notes, the Japan goalie Shūichi Gonda had a higher penalty-save percentage heading into the match than his Croatian counterpart, Dominik Livaković. But as the Japanese players stepped up to the spot, Livaković saved one, then another, and then another, a feat that has been equalled only twice before at the World Cup. I can’t say that I knew that would happen. But I was convinced the Croatian players would score more of their chances. Their team had, after all, been in this position several times before.

The Japanese players, however, should still be proud. The Samurai Blue beat two former world champions with minimal possession, exploiting the overconfidence of two sides packed with players from top European clubs. They fell short against Croatia. But then, most teams do.