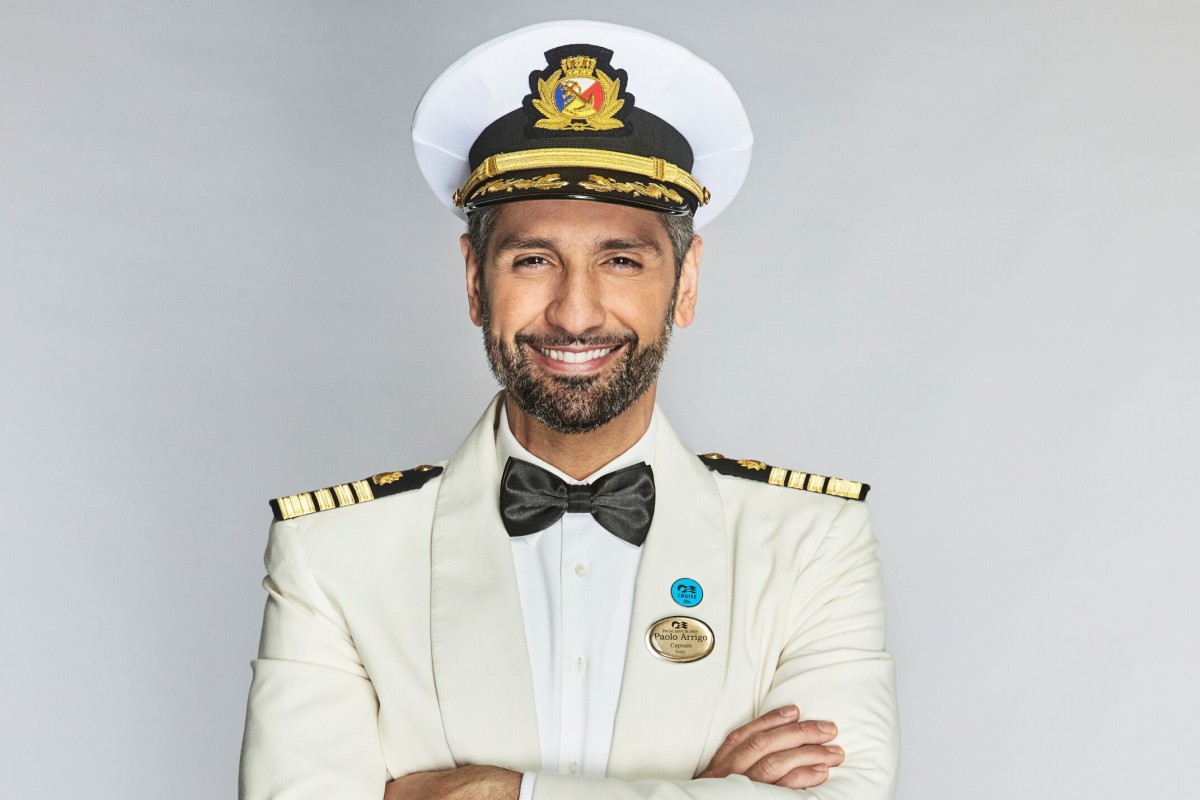 The Real Love Boat will set sail on CBS soon, and the man behind the wheel is Captain Paolo Arrigo. Paolo is a part of the three-person crew onscreen in the upcoming reality dating competition series, and we have everything you need to know about the ship captain.

Meet the captain of ‘The Real Love Boat’

Those who tune in to the premiere of The Real Love Boat will meet Paolo Arrigo, the captain of the Princess Cruises ship the series will use as its primary location. He will guide the single contestants on their journey to find love.

Per Entertainment Weekly, Paolo is a 46-year-old ship captain from Italy. His bio reads, “A highly accomplished mariner whose career spans more than a quarter-century at sea, Captain Paolo Arrigo joined Princess Cruises as a deck cadet in 1996 after serving for a year in the Italian Coast Guard.”

According to his LinkedIn page, Paolo has been a captain with Princess Cruises since 2017. And he’s also been the Fleet Operation O.C.E.A.N. Project Director for Carnival Corporation since 2017.

Fans can find Paolo on Instagram, where he posts about his adventures on the sea, behind-the-scenes pictures of The Real Love Boat, and his family. He has a second Instagram where he shares photos of his cooking and woodworking creations.

Paolo also serves as the captain in The Real Love Boat Australia, which premieres on Oct. 5.

Who is part of the crew in ‘The Real Love Boat’?

Ezra’s bio reads, “For Ezra, matchmaking is a passion, and romance is her weakness. She believes there is no better place to have an intense romantic experience than aboard a cruise ship surrounded by beautiful views and beautiful people. Ezra has been with Princess Cruises since 2019.”

Matt’s bio reads, “For 14 years, Matt lived the real-life version of The Love Boat, making vacation dreams come true as a cruise director. He even met the girl of his dreams onboard in 2016, and they are now happily married. Matt is a total romantic who jumped at the opportunity to help people find what he has.”

Aside from the ship’s crew, The Real Love Boat stars Rebecca Romijn and Jerry O’Connell as the hosts of the show.

How does the new dating series work?

A group of singles will board The Real Love Boat in the premiere, where the hosts and the crew will greet them and explain how the show works. But thankfully, we don’t have to wait until then to learn the ins and outs of The Real Love Boat.

“The inaugural episode sets sail as hosts Rebecca Romijn and Jerry O’Connell greet five single women and five single men who are ready to find love and begin the adventure of a lifetime aboard the Regal Princess Cruise Ship. After the singles make their way through the stunning city of Barcelona, they are thrown into the first competition of the season — a talent show where they must impress potential partners! But all is not smooth sailing when two new men come aboard and crash a cocktail party. The episode concludes with the Sail Away Ceremony where the women each choose who has caught their eye and will remain on the ship, while the rest will ‘Shove Off’ and be left behind at port. Special guest star Ted Lange, whose iconic character Isaac helped singles find love in the original 1970s scripted series The Love Boat, passes the proverbial cocktail shaker to the new Crew who will help singles navigate romance on the high seas.”

35% of millionaires say it’s ‘going to take a miracle’ to be ready for retirement, report finds