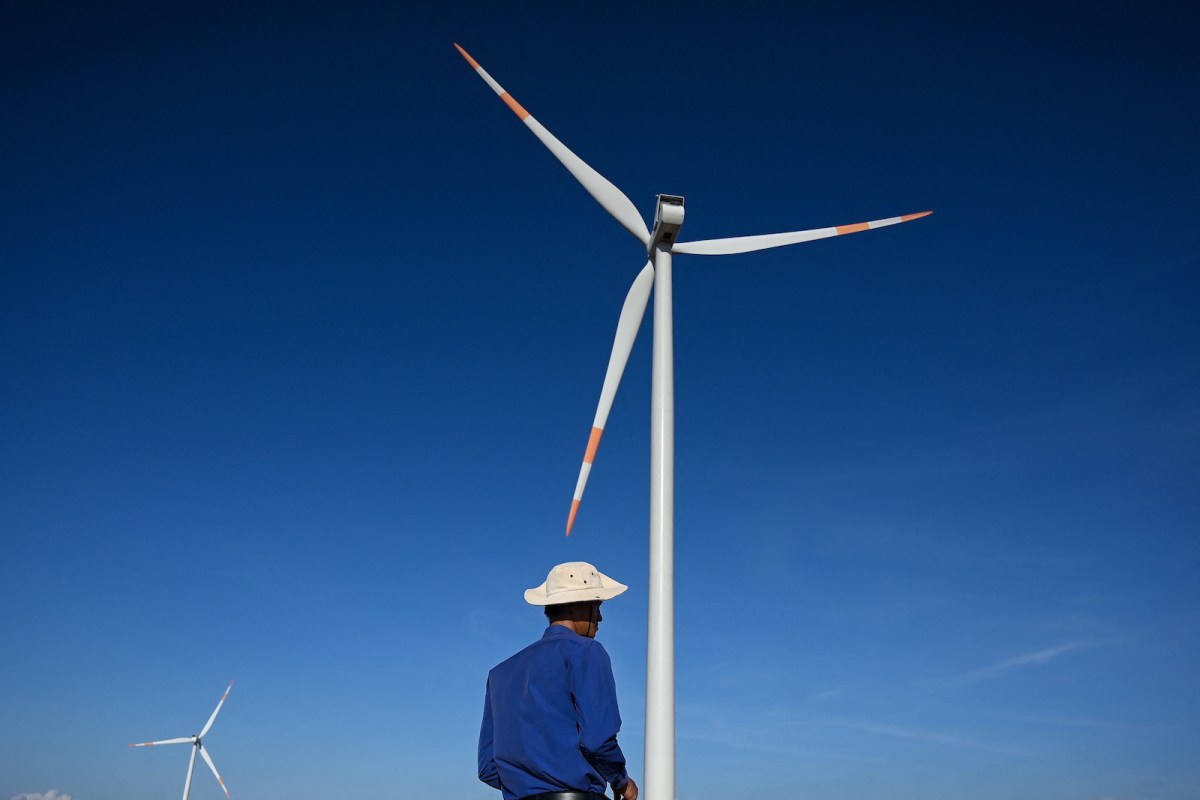 Despite all the renewable-energy investments and installations, actual global greenhouse gas emissions keep increasing. That’s largely due to economic growth: While renewable energy supplies have expanded in recent years, world energy usage has ballooned even more – with the difference being supplied by fossil fuels.

The more the world economy grows, the harder it is for additions of renewable energy to turn the tide by actually replacing energy from fossil fuels, rather than just adding to it.

The notion of voluntarily reining in economic growth in order to minimize climate change and make it easier to replace fossil fuels is political anathema not just in the rich countries, whose people have gotten used to consuming at extraordinarily high rates, but even more so in poorer countries, which have been promised the opportunity to “develop.”

After all, it is the rich countries that have been responsible for the great majority of past emissions (which are driving climate change currently); indeed, these countries got rich largely by the industrial activity of which carbon emissions were a byproduct. Now it is the world’s poorest nations that are experiencing the brunt of the impacts of climate change caused by the world’s richest.

It’s neither sustainable nor just to perpetuate the exploitation of land, resources and labor in the less industrialized countries, as well as historically exploited communities in the rich countries, to maintain both the lifestyles and expectations of further growth of the wealthy minority.

From the perspective of people in less industrialized nations, it’s natural to want to consume more, which only seems fair. But that translates to more global economic growth, and a harder time replacing fossil fuels with renewables globally.

China is the exemplar of this conundrum: Over the past three decades, the world’s most populous nation lifted hundreds of millions of its people out of poverty, but in the process became the world’s biggest producer and consumer of coal.

Also posing an enormous difficulty for a societal switch from fossil fuels to renewable energy sources is the increasing need for minerals and metals. The World Bank, the International Energy Agency, the International Monetary Fund, and McKinsey and Company have all issued reports in the last couple of years warning of this growing problem.

Vast quantities of minerals and metals will be required not just for making solar panels and wind turbines, but also for batteries, electric vehicles, and new industrial equipment that runs on electricity rather than carbon-based fuels.

Some of these materials are already showing signs of increasing scarcity: According to the World Economic Forum, the average cost of producing copper has risen by more than 300% in recent years, while copper ore grade has dropped by 30%.

Optimistic assessments of the materials challenge suggest there are enough global reserves for a one-time build-out of all the new devices and infrastructure needed (assuming some substitutions, with, for example, lithium for batteries eventually being replaced by more abundant elements like iron). But what is society to do as that first generation of devices and infrastructure ages and requires replacement?

Hence the rather sudden and widespread interest in the creation of a circular economy in which everything is recycled endlessly. Unfortunately, as economist Nicholas Georgescu-Roegen found in his pioneering work on entropy, recycling is always incomplete and always costs energy. Materials typically degrade during each cycle of use, and some material is wasted in the recycling process.

A French preliminary analysis of the energy transition that assumed maximum possible recycling found that a materials-supply crisis could be delayed by up to three centuries.

But will the circular economy (itself an enormous undertaking and a distant goal) arrive in time to buy industrial civilization those extra 300 years? Or will we run out of critical materials in just the next few decades in our frantic effort to build as many renewable-energy devices as we can in as short a time as possible?

The latter outcome seems more likely if pessimistic resource estimates turn out to be accurate. Simon Michaux of the Finnish Geological Survey finds, “Global reserves are not large enough to supply enough metals to build the renewable non-fossil-fuels industrial system.…

“Mineral-deposit discovery has been declining for many metals. The grade of processed ore for many of the industrial metals has been decreasing over time, resulting in declining mineral processing yield. This has the implication of the increase in mining energy consumption per unit of metal.”

Steel prices are already trending higher, and lithium supplies may prove to be a bottleneck to rapidly increasing battery production.

Even sand is getting scarce: Only certain grades of the stuff are useful in making concrete (which anchors wind turbines) or silicon (which is essential for solar panels). More sand is consumed yearly than any other material besides water, and some climate scientists have identified it as a key sustainability challenge this century.

Predictably, as deposits are depleted, sand is becoming more of a geopolitical flashpoint, with China recently embargoing sand shipments to Taiwan with the intention of crippling Taiwan’s ability to manufacture semiconductor devices such as mobile phones.

During the fossil-fuel era, the global economy depended on ever-increasing rates of extracting and burning coal, oil and natural gas. The renewables era (if it indeed comes into being) will be founded on the large-scale extraction of minerals and metals for panels, turbines, batteries and other infrastructure, which will require periodic replacement.

The only way to lessen risk altogether would be to reduce substantially society’s scale of energy and materials usage. But very few policymakers or climate advocacy organizations are exploring that possibility.

This summer, China experienced its most intense heatwave in six decades. It impacted a wide region, from central Sichuan province to coastal Jiangsu, with temperatures often topping 40 degrees Celsius, and reaching a record 45 degrees Celsius in Chongqing on August 18.

Meanwhile, a similarly grim story unfolded in Germany, as a record drought reduced the water flow in the Rhine River to levels that crippled European trade, halting shipments of diesel and coal, and threatening the operations of both hydroelectric and nuclear power plants.

A study published in February in the journal Water found that droughts (which are becoming more frequent and severe with climate change) could create challenges for US hydropower in Montana, Nevada, Texas, Arizona, California, Arkansas and Oklahoma.

Meanwhile, French nuclear plants that rely on the Rhône River for cooling water have had to shut down repeatedly. If reactors expel water downstream that’s too hot, aquatic life is wiped out as a result. So during this year’s sweltering summer, Électricité de France (EDF) powered down reactors not only along the Rhône but also on a second major river in the south, the Garonne.

Altogether, France’s nuclear power output was cut by nearly 50% during this summer. Similar drought- and heat-related shutdowns happened in 2018 and 2019.

Heavy rain and flooding can also pose risks for both hydro and nuclear power – which together currently provide roughly four times as much low-carbon electricity globally as wind and solar combined. In March 2019, severe flooding in southern and western Africa, following Cyclone Idai, damaged two major hydro plants in Malawi, cutting off power to parts of the country for several days.

The transition from fossil fuel to renewables faces an uphill battle. Still, this switch is an essential stopgap strategy to keep electricity grids up and running, at least on a minimal scale, as civilization inevitably turns away from a depleting store of oil and gas.

The world has become so dependent on grid power for communications, finance, and the preservation of technical, scientific and cultural knowledge that, if the grids were to go down permanently and soon, it is likely that billions of people would die, and the survivors would be culturally destitute.

In essence, we need renewables for a controlled soft landing. But the harsh reality is that, for now, and in the foreseeable future, the energy transition is not going well and has poor overall prospects.

We need a realistic plan for energy descent, instead of foolish dreams of eternal consumer abundance by means other than fossil fuels. Currently, politically rooted insistence on continued economic growth is discouraging truth-telling and serious planning for how to live well with less.

This article was produced by Earth | Food | Life, a project of the Independent Media Institute, which provided it to Asia Times.

Meet the Celebrity Presenters for the 2022 People's Choice Awards