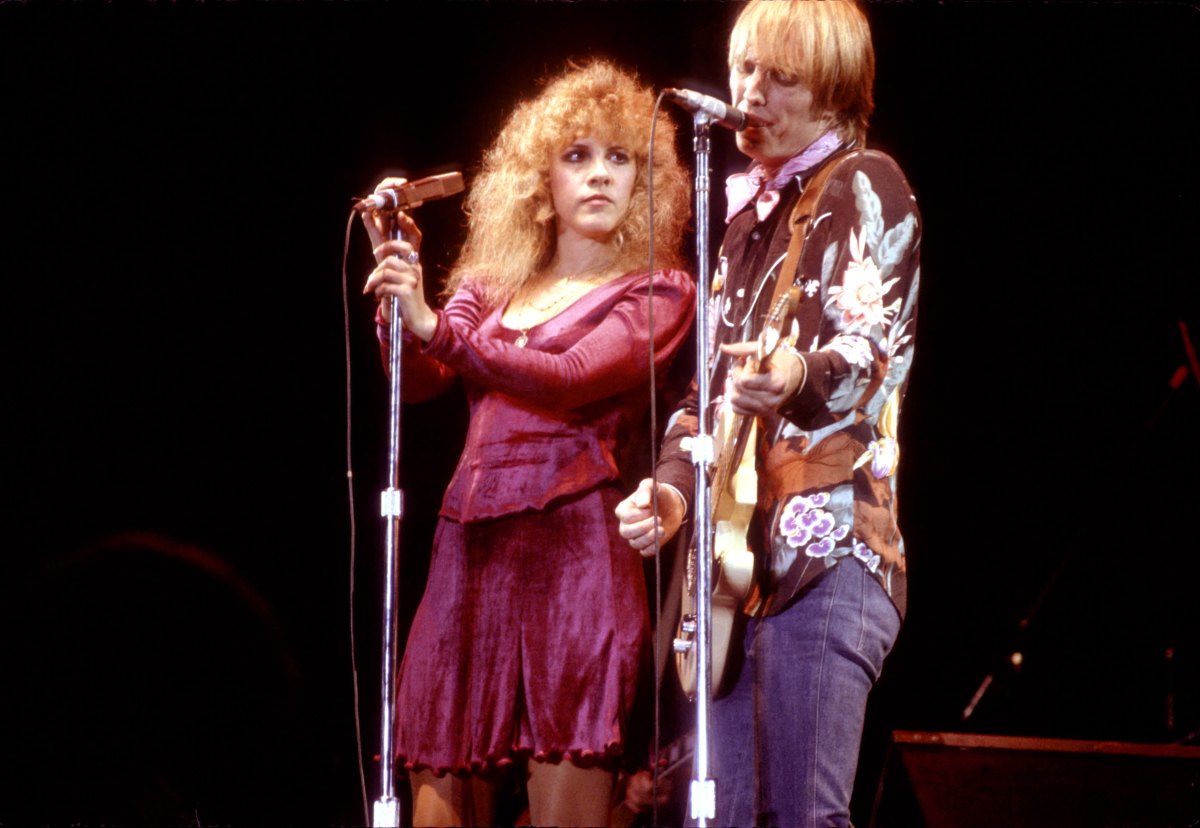 Stevie Nicks released her debut solo album, Bella Donna, in 1981. One of the songs on the album, “Stop Draggin’ My Heart Around,” was given to Nicks by Tom Petty. According to Music Spotlight Magazine, Petty gave Nicks the song for Bella Donna because he felt “terrible guilt” over not giving Nicks a different song.

When Nicks began launching her solo career, she originally wanted Petty to produce Bella Donna. Instead, Petty suggested Jimmy Iovine as a producer.

While Petty did not produce Bella Donna, he did agree to make a song for the album. Originally, the song he made was one called “Insider.” However, he decided to keep “Insider” for an album of his own and gave Nicks “Stop Draggin’ My Heart Around” instead.

Music Spotlight Magazine writes, “Having written and recorded the song for the Heartbreakers’ Hard Promises album, Petty offered it to Stevie out of ‘terrible guilt’ after he gave her, and took back, his song ‘Insider.’”

RELATED: Stevie Nicks and Lindsey Buckingham Don’t Fake Their Love for Each Other on Stage, but ‘When You Go Back to Your Separate Dressing Rooms, It’s Over’

Why Tom Petty kept ‘Insider’ for himself

In an interview with American Songwriter, Petty described how the song “Insider” came to be.

“[The title] came as I was writing, if I remember correctly. It just came out of the verse. I wrote that on my own at home. I remember spending a good day on it. And I was just knocked out with it when I got done. I was really proud of it. I loved it. I thought it was one of my best songs to that point,” Petty said

As the song became more complete, Petty realized he could not give the song to Nicks for Bella Donna.

“Then Stevie sang it with me. And then we put the band on after. But by the time the track was coming to fruition with the band and everything, I was getting a little depressed about giving away this song,” Petty told American Songwriter. “I was really attached to it. And it really hurt me when I did the track and the vocals.”

Stevie Nicks is featured on ‘Insider’

As a result, “Stop Draggin’ My Heart Around” is a duet between Nicks and Tom Petty and the Heartbreakers.

RELATED: The Chilling Advice Stevie Nicks Gave Amy Winehouse Before Her Death: ‘You Will Die Most Likely’

11 bandmates who hate each other, from Pink Floyd to the Gallagher brothers