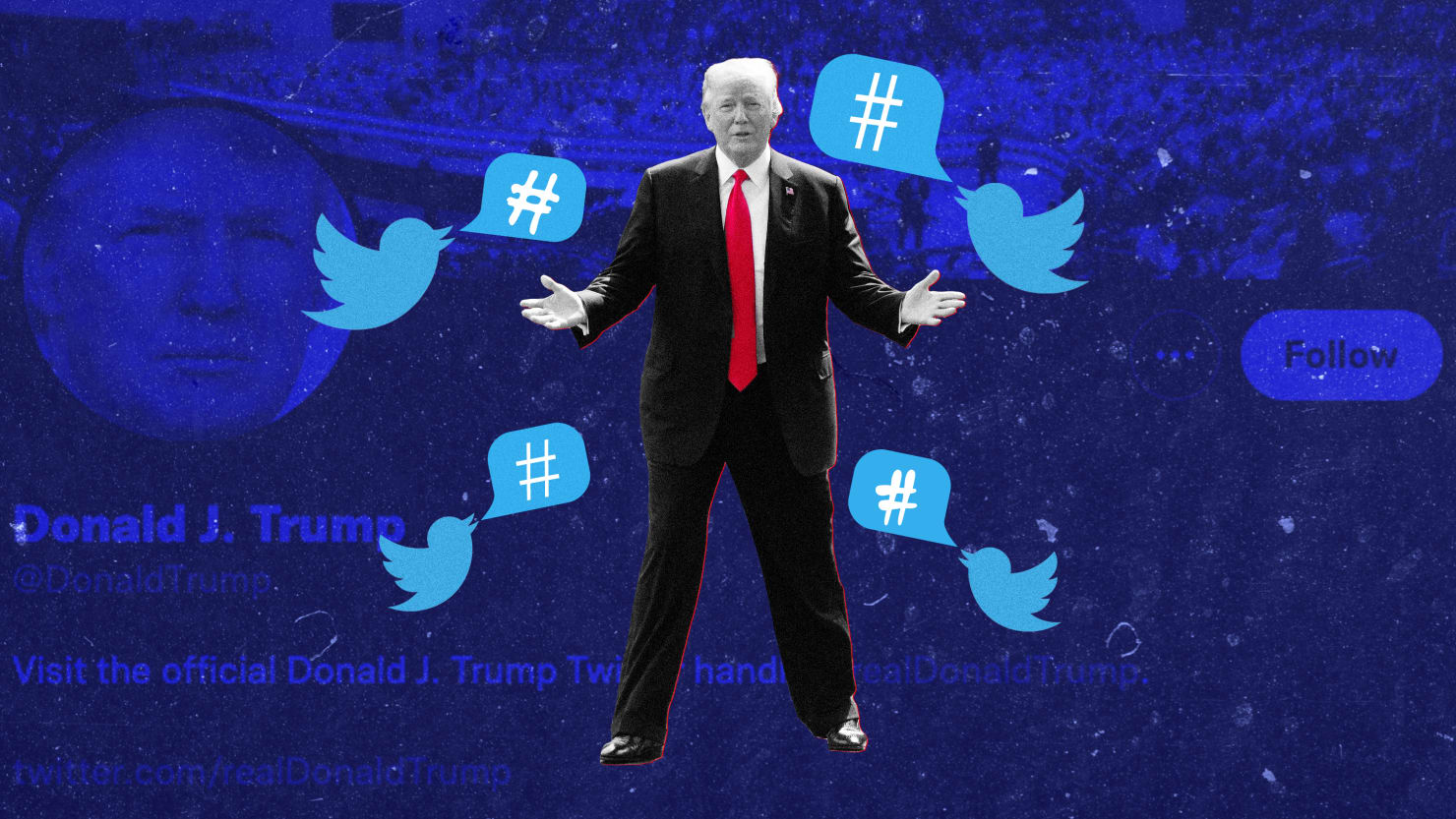 The @RealDonaldTrump handle is back—or, at least, it’s allowed to be.

The former president’s perma-banned account has been reinstated as part of Twitter’s new dispensation. As of this writing, he has yet to return from his own digital Elba, but for my money, Trump will tweet again. And with him will return a particularly obnoxious segment of his Twitter retinue: the #Resistance reply guys, those inutile political LARPers whose absurdity is matched and encouraged by their counterparts on the right.

If you’ve ever browsed the responses to Trump’s posts, you know the accounts I mean. Most of them, as is typical of reply guys more broadly, have small followings, though a lightning-fingered few collect huge crowds by posting rapidly enough to secure the coveted spot of top reply. Speedy or not, the dedicated replyers answer a shocking proportion of Trump posts (seriously, do these people have jobs?), responding with insults, corrections, threats, memes, soundbites, self-promotion, or simply the same thing over and over and over again.

This can be a money-making game, most often via some sort of content subscription model, as a handful of prominent #Resistance reply guys like the Krassenstein brothers have demonstrated. But amateurs of the sport tend to seek a more immediate gratification: the thrill of believing they’ve drawn blood from a tyrant.

“There’ve been times I’ve been in bed and I’ll hear the alert [that Trump has tweeted] and roll out of bed and start firing back,” one such reply guy told BuzzFeed News in 2017. It felt, he added, like a way to “fight” Trump. “Honestly, it’s just using Trump’s strategy against him,” said another #Resistance poster in the same report. “I studied the strategies Trump uses. He uses all kinds of psychological techniques—it appears he’s read The Art of War. I understand and use these techniques back.”

“There’s plenty of grift out there, and sometimes the line between grift and LARP blurs, but so many in the pro- and anti-Trump cohorts alike seem convinced of the reality of their fantasy.”

Since Trump’s suspension from Twitter early last year, some of the #Resistance reply guys moved on to other pursuits, or at least to talking at different public figures, like MAGA Rep. Marjorie Taylor Greene of Georgia or Twitter’s new owner, billionaire Elon Musk. Some talked of moving on from Twitter for good following Musk’s acquisition of the company last month, finding in logging off itself a new act of #Resistance.

But then Trump’s account came back and, as The Atlantic’s Kaitlyn Tiffany reported this week, now “some liberals feel they can’t leave the platform behind.” Rallying tweets urged #Resistance foot soldiers to stay put and refuse to remove themselves from this extremely important “field of battle” because “democracy needs you.”

“Rage, rage against the dying of the light,” they implored one another—“the light” being either the democracy we can (apparently) save by tweeting, or the prospect of Donald J. Trump being consigned to post through another campaign without immediate, emoji-laden feedback from his haters.

This symbiotic relationship might be nothing but an oddity of the internet age, but there are several reasons it strikes me as something more troubling. One is what should be the obvious counterproductivity of giving Trump attention, no matter how negative.

In 2015, it was reasonable to suppose that snarky critique might be an effective way to counteract Trump’s attraction and influence among persuadable voters. In 2022, it is well-established that the man is the living embodiment of that old adage: All press is good press. All replies bring eyeballs to tweets.

It’s impossible to wholly ignore Trump while he remains a viable presidential contender, but you will never post a clapback clever enough to spoil the gift of engagement you’ve given just by choosing to reply.

Of course, it’s not just Trump. The symbiosis here is less shark and a few remoras than the bacterial bedlam of an entire colon working on a metaphor-appropriate substrate. For every #Resistence poster there’s a pro-Trump mirror ready for tweet-to-tweet combat.

The single best right-wing analogue to the #Resistance reply guys may be anti-woke gadfly James Lindsay, an extremely prolific tweeter whose account was also recently reinstated by Musk. “Don’t get discouraged,” Lindsay urged his followers soon after returning from his suspension. “It’s fall 1944. We’re making our way to Berlin.” After reading #Resistance rationales for staying on Twitter, his martial self-aggrandizement has a familiar ring.

And that’s the thing: There’s plenty of grift out there, and sometimes the line between grift and LARP blurs, but so many in the pro- and anti-Trump cohorts alike seem convinced of the reality of their fantasy. They really believe their tweets are saving America. They really think their penny-ante escalations are helping, that calling ordinary teachers and parents “groomers” or telling Trump (for the 500th time) their low opinion of his mental capacity is not just civic duty, but downright heroism.

Perhaps that’s a reason to hope Twitter survives Musk’s chaotic takeover: Better that these delusions are confined to the futility of tweets.

'Wish I could take it back': Florida man accused of killing couple over 'HOA issues' apologizes

Dyson’s Air Purifying Headphones Will Cost $949, Plus Your Pride

Indonesia Wealth Creation: Powered Up In 2022