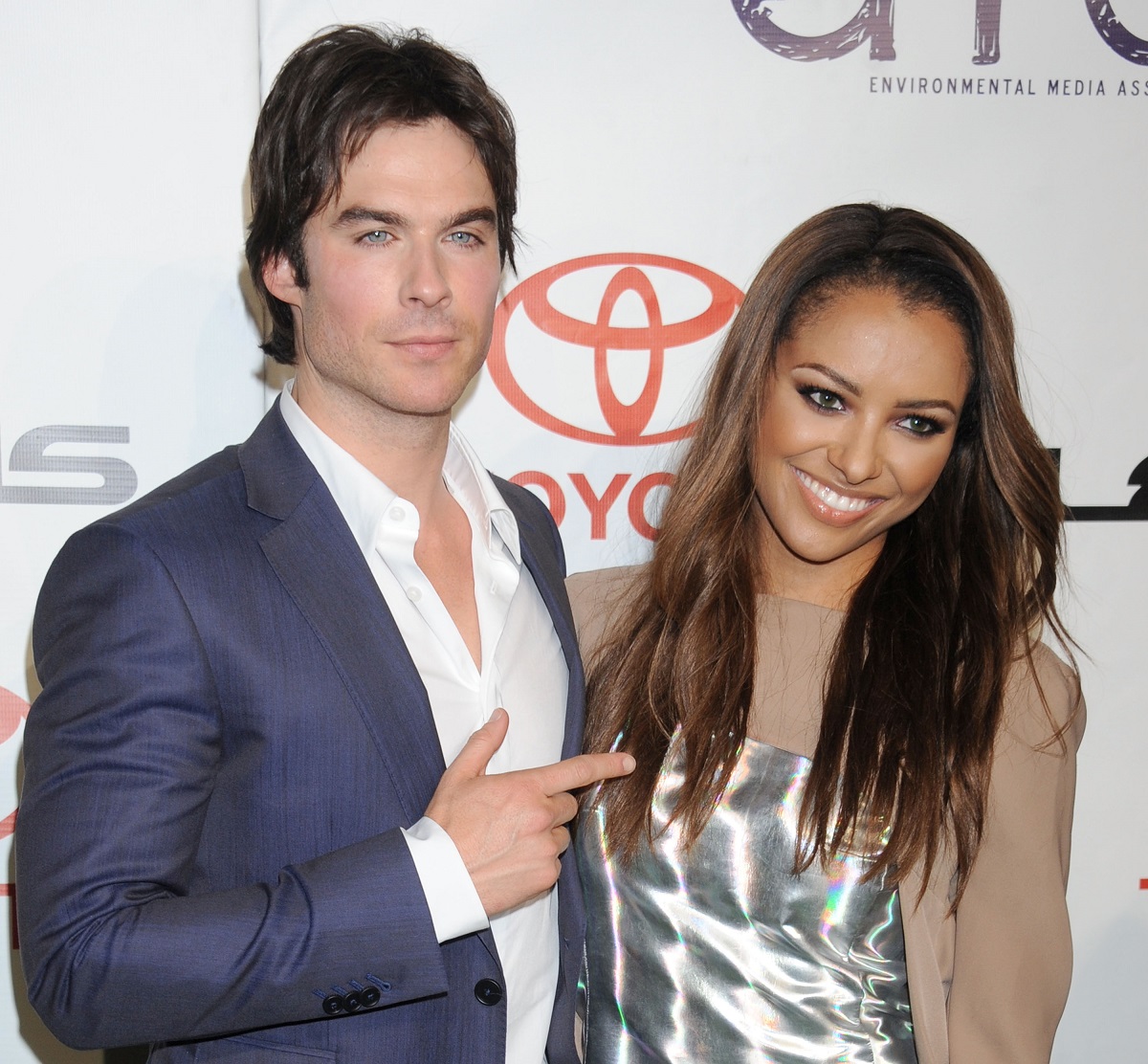 The Vampire Diaries followed several steamy romances and love triangles. But the CW show also featured many great friendships. Here’s a breakdown of some of the best platonic relationships in the long-running Julie Plec series.

Tyler Lockwood (Michael Trevino) and Matt Donovan’s (Zach Roerig) friendship was established in the very first episode of The Vampire Diaries. The two were high school buddies who played alongside each other on the football team.

But a series of circumstances create rifts between them. And their love triangle with Caroline Forbes (Candice Accola) strains their relationship further.

However, Matt and Tyler find their way back to each other. They remain good friends and even join the Mystic Falls police academy together. And by the end of the series, after Tyler moves out of Mystic Falls, Matt hints that they still keep in touch.

Damon Salvatore (Ian Somerhalder) and Enzo St. John’s (Michael Malarkey) friendship was unique because it grew out of a shared traumatic experience. The vampires were imprisoned by the Augustine Society.

They formed a connection in captivity. And they offered support to each other while being tortured and experimented on.

A few years after escaping the Augustine Society, Damon and Enzo reconnect. Initially, Enzo is upset at Damon for abandoning him. But eventually, through several encounters, the two find a way back to their friendship.

Jeremy Gilbert (Steven R. McQueen) and Matt Donovan were childhood buddies whose moms were also best friends. The two were tight in high school. But they grew even closer because of how much they started to have in common.

For starters, Matt and Jeremy were some of the only humans left in their social circle. And they often found themselves fighting supernaturals with little magic on their side.

The two also had Matt’s sister Vicki in common. Jeremy dated Vicki briefly. And when she died, he saw her ghost and used his visions to help Matt find out what happened to her.

By the end of the series, Matt and Jeremy are still best friends. And Matt reveals that the two also spend their holidays together.

Damon Salvatore and Sheriff Liz Forbes (Marguerite MacIntyre) became good friends despite their complicated history. Initially, Liz is unaware of Damon’s vampire nature. But when she finds out about it and learns that her daughter Caroline is also a vampire, she begins to accept it.

Over time, Liz and Damon become good friends and allies. They share information about different situations in Mystic Falls. And they coordinate several plans together.

Liz is diagnosed with terminal cancer. And proving he’s a good friend, Damon sits beside her in her final moments.

Elena Gilbert (Nina Dobrev) and Matt Donovan were childhood friends that remained close throughout The Vampire Diaries run. They dated in high school until Elena’s parents died. And Matt was still in love with her when she started dating Stefan (Paul Wesley).

Elena made the ultimate sacrifice when she asked Stefan to save Matt when their car drove off a bridge. Elena’s death turned her into a vampire and changed her life forever.

Elena and Matt continued to be grounding forces for each other throughout the series. They reunite in the finale and confirm their friendship is still going strong.

Damon Salvatore and Bonnie Bennett (Kat Graham) essentially hated each other in the first few seasons of The Vampire Diaries. Bonnie hated the vampire for ruining her best friends’ — Elena and Caroline — lives. And Damon isn’t thrilled with Bonnie’s attempts to stop him.

Eventually, Damon and Bonnie combine their efforts to save their friends and family. And over time, the two find that they work together well.

But Damon and Bonnie’s bond grows into a close friendship when they are trapped in the Prison World together. After spending so much time together, they learn to love and respect each other. And they remain good friends until the end.

Alaric Saltzman (Matthew Davis) and Damon Salvatore’s friendship is undoubtedly one of The Vampire Diaries’ best. But it didn’t start out so great.

Alaric initially came to Mystic Falls to kill Damon, because he believed the vampire had killed his wife, Isobel. But when Alaric learned that Damon turned Isobel into a vampire at her request, he dropped the vendetta and befriended him.

Alaric and Damon often fought foes side-by-side. But through all the drama, they found quiet moments to chat over a drink.

As seen in The Vampire Diaries spinoff, Legacies, Damon and Alaric remain friends.

The Late Late Show to End After James Corden's Exit