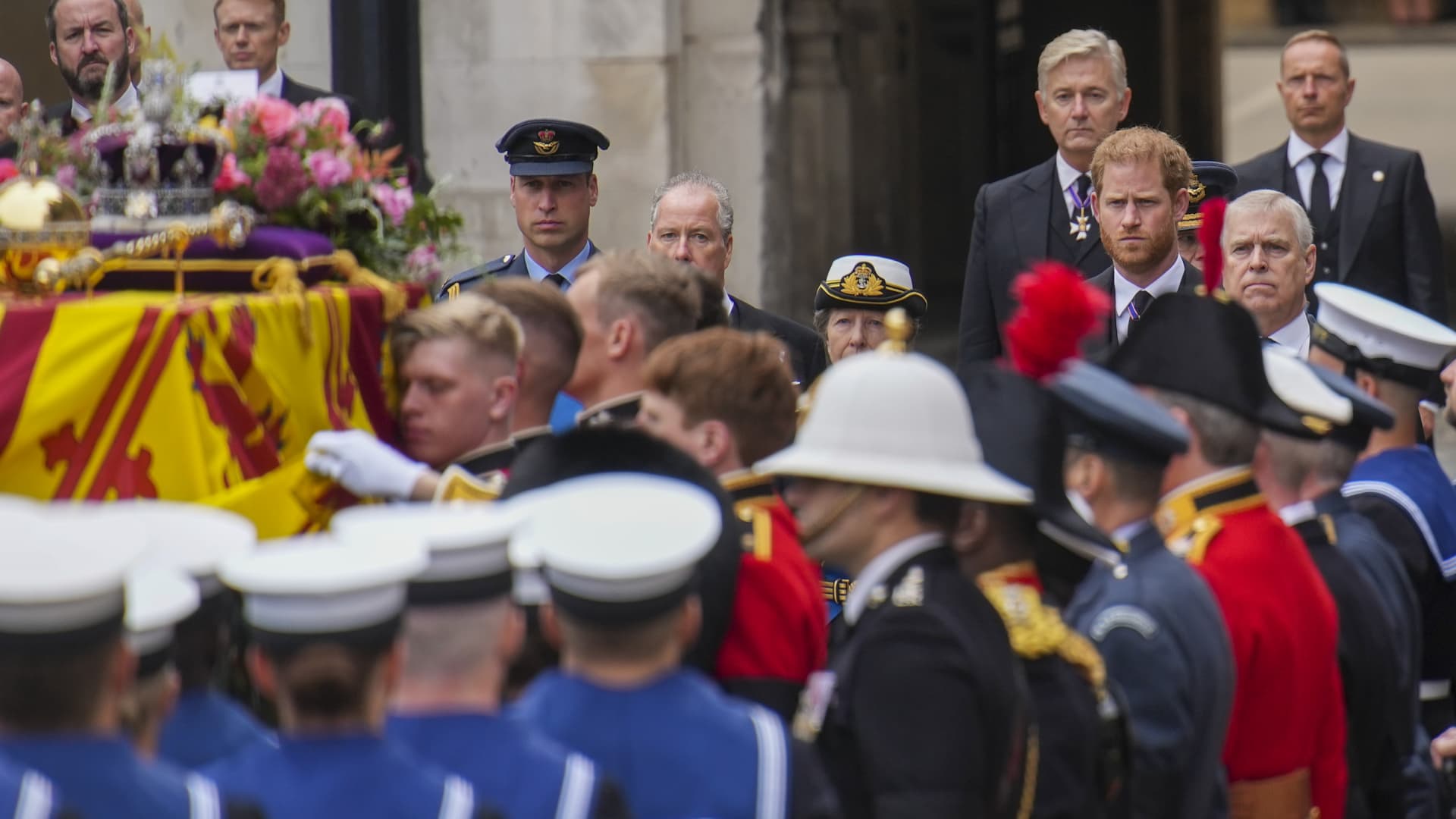 Hundreds of global dignitaries are gathered in London Monday to attend the funeral of Queen Elizabeth II, marking a level of ceremony unseen in the U.K. for decades.

A congregation of around 500 kings and queens, prime ministers and presidents arrived in London over the weekend to pay their respects to the late queen.

On Sunday, many of them visited Westminster Abbey, where she has been lying in state, before going on to a reception at Buckingham Palace, hosted by the King and Queen Consort.

Britain’s longest-serving monarch is being laid to rest Monday, 11 days after she died at Balmoral Castle aged 96.

In all, the funeral is expected to be attended by around 2000 guests. The guest list has not been confirmed, but here’s what we know about who is — and isn’t — expected to attend, according to BBC reports.

King Charles and Queen Consort Camilla will be front and center of the ceremony, walking behind the queen’s coffin. They will be followed by the rest of the Royal Family, including the queen’s other three children — Princess Anne, Prince Andrew and Prince Edward — and their spouses.

Britain’s King Charles III waves as he’s driven down the Mall in London on September 19, 2022, ahead of the State Funeral Service of Britain’s Queen Elizabeth II. – Leaders from around the world will attend the state funeral of Queen Elizabeth II. The country’s longest-serving monarch, who died aged 96 after 70 years on the throne, will be honoured with a state funeral on Monday morning at Westminster Abbey. (Photo by SEBASTIEN BOZON / AFP) (Photo by SEBASTIEN BOZON/AFP via Getty Images)

The Prince of Wales, William, and his brother Prince Harry will be in attendance with their wives, Kate, the Princess of Wales, and Meghan. They will be joined by the queen’s other grandchildren — Princesses Beatrice and Eugenie, Zara Tindall, Peter Phillips, Lady Louise Windsor and James, Viscount Severn — and their partners.

It is unclear how many of the queen’s 12 great-grandchildren will be there. However, it has been confirmed that Prince George and Princess Charlotte — now second and third in line to the throne, respectively — will attend.

Earl Spencer, the brother of the late Princess Diana, and Prince and Princess Michal of Kent are among others expected to be there.

Alongside British prime ministers past and present, leaders from the Commonwealth — of which the queen served as head for all of her reign — will be present.

President of United States Joe Biden and Jill Biden arrive for the State Funeral of Queen Elizabeth II at Westminster Abbey on September 19, 2022 in London, England.

Royal families from across Europe, many of whom share blood relations with the queen, are also expected to attend.

They include Belgium’s King Philippe and Queen Mathilde, the Netherlands’ King Willem-Alexander and his wife, Queen Maxima. King Felipe and Queen Letizia of Spain will also be there, alongside the royal families of Norway, Sweden, Denmark and Monaco.

Japan’s Emperor Naruhito and his wife Empress Masako arrive at Westminster Abbey in London on September 19, 2022, for the State Funeral Service for Britain’s Queen Elizabeth II.

Emperor Naruhito and Empress Masako of Japan are also expected to attend, as is the King of Bhutan Jigme Khesar Namgyel Wangchuk.

Chinese President Xi Jinping reportedly received an invitation though he will not be present. China will instead by represented by a small delegation including Vice President Wang Qishan.

Saudi Crown Prince Mohammed bin Salman smiles as he arrives at the Elysee Palace in Paris on July 28, 2022 for a meeting with the French President.

Saudi Arabia’s crown prince and de facto leader Mohammed Bin Salman was also invited but will not be in attendance, Reuters reported. The ruler has been accused by Western intelligence agencies of involvement in the murder of journalist Jamal Khashoggi, accusations he has denied.

Representatives from Syria, Venezuela and Afghanistan have also not been invited, according to the BBC. That is because the U.K. does not have full diplomatic relations with those countries.

3 of Your Fav Disney Franchises Are Getting Sequels: All the Details