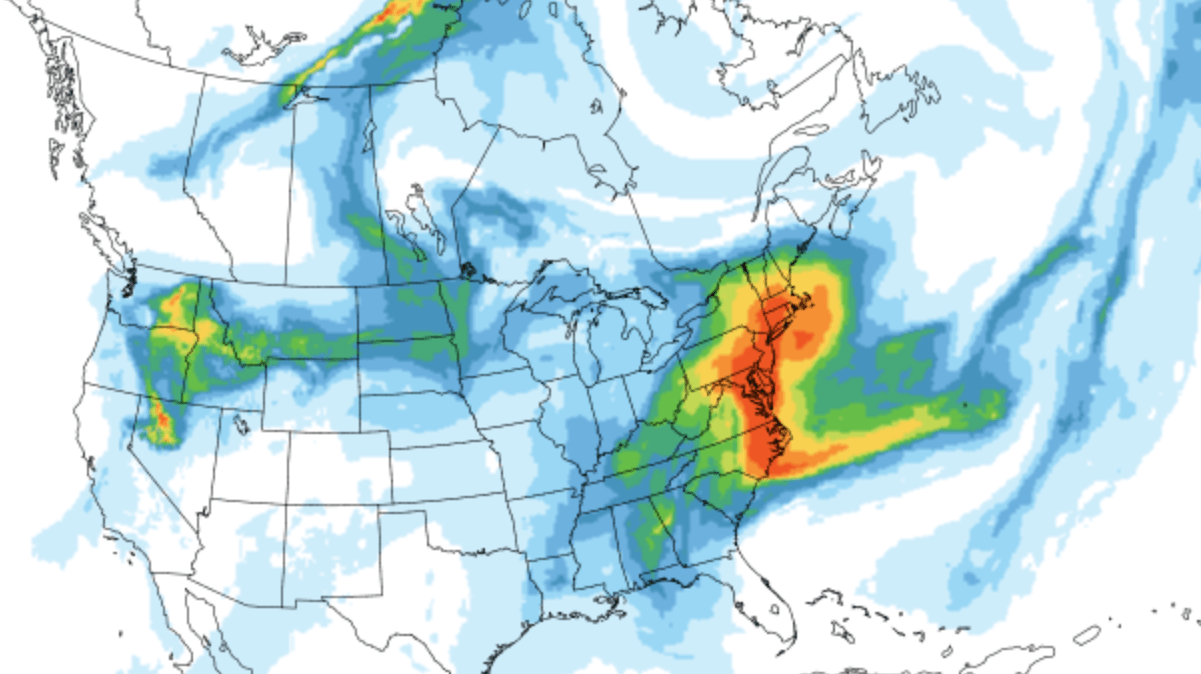 If the sky over the greater New York City area looked a little hazy or even milky Sunday morning, that’s because of wildfires all the way out in California whose smoke is wafting east over the country.

Maps from the National Oceanic and Atmospheric Administration’s RAP-Smoke model show significant concentrations of smoke over the tri-state region, with deep oranges and bright reds on the map indicating some of the highest levels in all of North America.

While the EPA’s AirNow model shows good air quality over the city, there’s still enough particulate matter in the sky from the smoke to make things murky.

According to Storm Team 4, a smoky haze (like the one seen Sunday morning) will make for beige midday skies, but can also sometimes make for colorful sunrises and sunsets.

Smoke from western wildfires has spilled consistently into our region over the last few days.