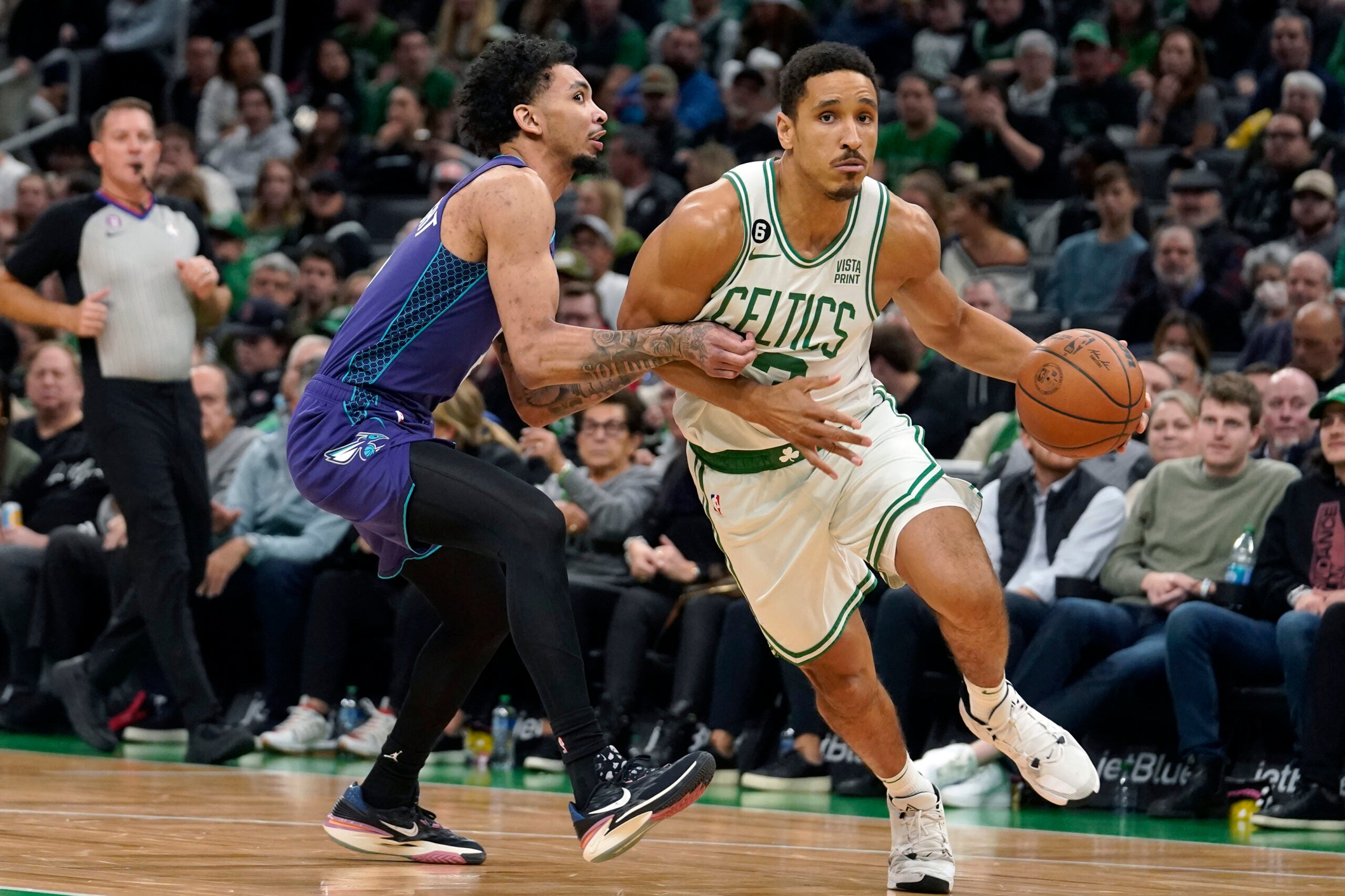 The Celtics continued their monstrous start to the season on Monday, demolishing the Hornets 140-105 to improve to 17-4.

1. Both the Celtics and Hornets were short-handed. The Celtics gave both Al Horford and Jaylen Brown the night off after their win over the Wizards on Monday, while the Hornets were missing LaMelo Ball, Gordon Hayward and Terry Rozier.

The Hornets were significantly worse for the wear. Jalen McDaniels scored 24 hyper-efficient points, and Kelly Oubre added 22, but those two weren’t even close to matching the firepower the Celtics produce on a nightly basis.

All the Celtics needed to do was treat their opponent with a modicum of sincerity. Behind an absurd shooting night across the board (59.1/46.2/85.7 percent shooting as a team), they claimed perhaps their easiest win of the season so far.

“The biggest challenge is not focusing on being a disciplined team, playing harder than everybody else, and executing. That’s a huge challenge for us. And no matter how good you are, you gotta do that. And so, great thing about tonight’s game is there’s plenty of possessions that we didn’t execute, and so we have plenty of room to get better.”

2. Blake Griffin had a throw-back night, starting in place of Horford. He finished with nine points on 4-for-5 shooting, but this was the biggest of the bunch — a one-handed alley-oop from Derrick White that sent TD Garden into hysterics.

“I just always think it’s really funny,” Griffin said, when asked about the reaction to his dunk. “I’ve said this before, but at the beginning of my career, it was all ‘Do something else besides dunk!’ and now everybody just wants me to dunk. So it’s just a good lesson in that you can never please everybody, but it’s just good to be out there, be healthy and be able to contribute and help out.”

The Celtics appreciate Griffin’s good-natured presence on the bench, as well as the veteran perspective he brings to a team that has had a lot of continuity and a number of young players who haven’t played for another organization before.

“[He’s] constantly in our young guys’ ears, just giving guys his experience, how his career has gone and where he was successful,” Mazzulla said. “And just a sense of humor and kind of just an overall great guy. And so guys flock to him and he’s thankful for that.”

3. Here’s your nightly takeaway about Jayson Tatum, who scored 35 points in 29 minutes. Tatum attempted just one free throw and was just 4-for-14 from 3-point range, but he finished with an efficient line because the Hornets simply had nothing for him at the rim.

The Hornets, of course, were singularly bad on Monday, but they did have Oubre — a solid defender with some size. Tatum, however, is far too adept in the pick-and-roll, and far too strong at this stage to be slowed by anything the Hornets were able to throw at him.

Tatum now owns the Celtics’ record for the most points scored in November.

4. Luke Kornet is genuinely funny, not just funny in a press conference. On Monday, he showed off a new celebration — twisting his hands together to create a flying bird.

According to Kornet, the celebration is an homage to Stromile Swift — a freak athlete from the early 2000s.

“There were a couple times last year when Grant was just elevating on guys,” Kornet said postgame in full deadpan tone. “We drew the comp to Stromile Swift and there’s some alternate nicknames. And so then, I didn’t want him to have it. It’s a great celebration. And then I realized it was more — Grant, for one, has some similarities. But I, myself, it was like looking in the mirror. Today, I deemed it appropriate.”

“Luke, you’re my favorite player,” he called out.

“Thanks, Grant, you’re … one of my favorite teammates,” Kornet answered.

Has he ever been part of an offensive show like this?

“No, nothing close. This is a treat,” Brogdon said. “I think for any NBA player, whether you ask Marcus Smart, Tatum, Brown, anybody. It’s a treat playing on a team like this.”

Coming from Brogdon — who has played with Giannis Antetokounmpo, as well as a mediocre Pacers team — that perspective is as important as Griffin’s.

“I remind the guys of that when times get tough because there’s always going to be times during the season where there are lulls, guys getting a little unhappy, it’s just the nature of the business. But for me and Blake, we’ve been in situations where a team is not winning, where the team is really struggling and there’s chaos. So definitely I try to encourage the guys to be appreciative of what they have here.”

6. The Celtics recorded 40 assists as a team, the most they’ve managed in a single game since 2008. Marcus Smart finished with a team-high — and a career-high — 15 in 31 minutes.

How is he getting everyone involved?

“With X-ray vision,” Smart said with a chuckle. “Trying to at least, trying to get everybody the ball at the right time when they need it, where they like it and just to get us some easy baskets by doing that. It gets everyone’s confidence up and when people’s confidence is up, they tend to play a little harder on both ends of the floor. We got a lot of great players and for me to be able to just find them and that’s what I’m trying to do.”

7. Two-way center Mfiondu Kabengele got his first minutes during the regular season for the Celtics and delivered a two-hand slam off an alley-oop from Sam Hauser.

The Celtics face the Heat on Wednesday at 7:30 p.m. in Boston.