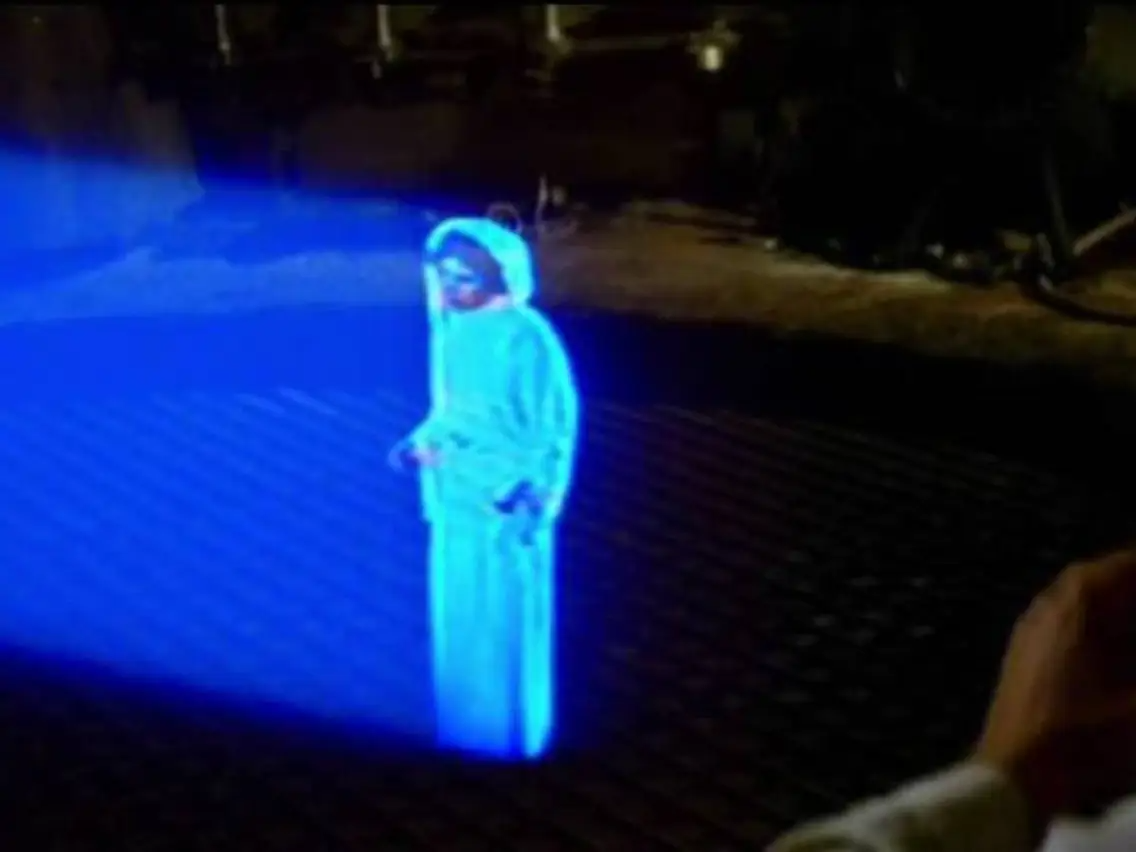 You probably remember the iconic scene where a small, blue-tinted Princess Leia hologram asks Obi-Wan Kenobi for help at the beginning of 1977s “Star Wars: A New Hope.”

The sci-fi film series has forever shaped society’s vision of what a hologram would look like, but even 45 years since the movie’s premiere, humanity lacks such a technology.

According to MIT researchers, the problem is that generating a freestanding 3D hologram requires extremely precise and fast control of light, beyond the capabilities of existing technologies.

Over the past four years, an international group of researchers, led by a team at MIT, has been trying to overcome this hurdle, a news release from the university said.

On Monday, it was announced that the research team has created a programmable wireless device that can control light orders of magnitude more quickly than commercial devices.

The device, which is called a spatial light modulator (SLM), will have impactful practical uses beyond creating holograms, the release said.

One use might be to create sensors in self-driving cars that work a million times faster than current sensors. Another could be to accelerate brain scanners to help create higher resolution images, the release said.

“We are focusing on controlling light, which has been a recurring research theme since antiquity. Our development is another major step toward the ultimate goal of complete optical control — in both space and time — for the myriad applications that use light,” lead author Christopher Panuski said.

An SLM manipulates light by controlling the way it is projected into space, the release said. Similar to an overhead projector or computer screen, an SLM changes a beam of light by focusing it in one direction or refracting it to many locations to form an image.

Inside MIT’s new SLM, a tightly-packed array of photonic crystal microcavities work as optical modulators, the release said. These have to be extremely small, as light beams have a wavelength of only a few nanometers.

When light enters a cavity, it is held for about a nanosecond, bouncing around more than 100,000 times before leaving the space, the release said. While a nanosecond is only a billionth of a second, this is enough time for the device to manipulate the light.

By changing the reflectivity of a cavity, the device controls how light escapes, which determines what we see, the release said.

The team created a micro-LED display to control the SLM, the release said. The LED pixels have corresponding photonic crystals, so when a laser hits a microcavity, the cavity responds differently to the laser based on the light from the LED.

The use of LEDs to control the device means the array is not only programmable and reconfigurable, but also completely wireless, the release said.

Because the device is so complex, the release said, it took years to figure out how to make it at different size scales. The researchers wanted to use the same techniques that create computer circuits, so the device could be mass produced, but microscopic deviations occur during any production process.

Given how small the cavities are, the release said, those tiny deviations could lead to huge fluctuations in performance.

Eventually, the researchers partnered with the Air Force Research Laboratory to create a highly precise mass-manufacturing process that stamps billions of microcavities onto a 12-inch silicon wafer, complete with a method of controlling for quality assurance.

“After modifying some properties of the fabrication process, we showed that we were able to make world-class devices in a foundry process that had very good uniformity. That is one of the big aspects of this work — figuring out how to make these manufacturable,” Panuski said in the release.

Now that they have perfected the production process, the researchers are working to make larger devices, the release said.