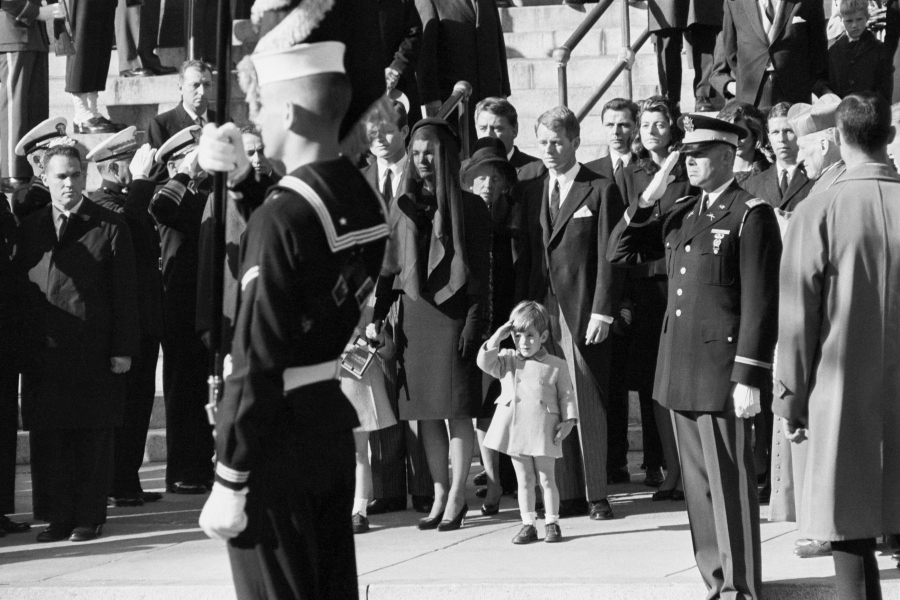 On Nov. 25, 2016, Fidel Castro, who led his rebels to victorious revolution in 1959, embraced Soviet-style communism and defied the power of 10 U.S. presidents during his half-century of rule in Cuba, died at age 90.

In 1783, the British evacuated New York during the Revolutionary War.

In 1914, baseball Hall of Famer Joe DiMaggio was born in Martinez, California.

In 1915, a new version of the Ku Klux Klan, targeting blacks, Jews, Catholics and immigrants, was founded by William Joseph Simmons.

In 1947, movie studio executives meeting in New York agreed to blacklist the “Hollywood Ten” who’d been cited for contempt of Congress the day before.

In 1961, the first nuclear-powered aircraft carrier, USS Enterprise, was commissioned.

In 1963, the body of President John F. Kennedy was laid to rest at Arlington National Cemetery; his widow, Jacqueline, lighted an “eternal flame” at the gravesite.

In 1986, the Iran-Contra affair erupted as President Ronald Reagan and Attorney General Edwin Meese revealed that profits from secret arms sales to Iran had been diverted to Nicaraguan rebels.

In 1999, Elian Gonzalez, a 5-year-old Cuban boy, was rescued by a pair of sport fishermen off the coast of Florida, setting off an international custody battle.

In 2001, as the war in Afghanistan entered its eighth week, CIA officer Johnny “Mike” Spann was killed during a prison uprising in Mazar-e-Sharif, becoming America’s first combat casualty of the conflict.

In 2002, President George W. Bush signed legislation creating the Department of Homeland Security, and appointed Tom Ridge to be its head.

In 2009, Toyota said it would replace the gas pedals on 4 million vehicles in the United States because the pedals could get stuck in the floor mats and cause sudden acceleration.

Ten years ago: Rioters stormed a Muslim Brotherhood headquarters building in northern Egypt on the third day of street battles following a power grab by President Mohammed Morsi. YouTube announced that “Gangnam Style” by South Korean rapper PSY had become the site’s most viewed video to that time, with more than 805 million viewings.

Five years ago: On what was designated as the International Day for the Elimination of Violence Against Women, President Emmanuel Macron launched an initiate to combat violence and harassment against women in France and change what he described as France’s sexist culture. A volcano on the Indonesian island of Bali rumbled to life, temporarily disrupting some international flights to the popular tourist destination. Veteran Hollywood actor Rance Howard, the father of director Ron Howard, died at the age of 89.

One year ago: France launched a plan to give COVID-19 booster shots to all adults. A methane explosion in a coal mine in Siberia quickly filled the mine with toxic smoke; authorities said 46 miners and five rescuers were killed. Giant balloons once again wafted through miles of Manhattan as the Macy’s Thanksgiving Parade returned in full, a year after being crimped by the coronavirus pandemic. Italy’s government said National Geographic magazine’s famed green-eyed “Afghan Girl,” Sharbat Gulla, had arrived in Italy as part of the West’s evacuation of Afghans following the Taliban takeover of the country.

Green power struggle for the Chancellery: Why Habeck is mad at Baerbock

Sharna Burgess Depends on Mom 'A Lot' With Her, Brian Austin Green's Baby