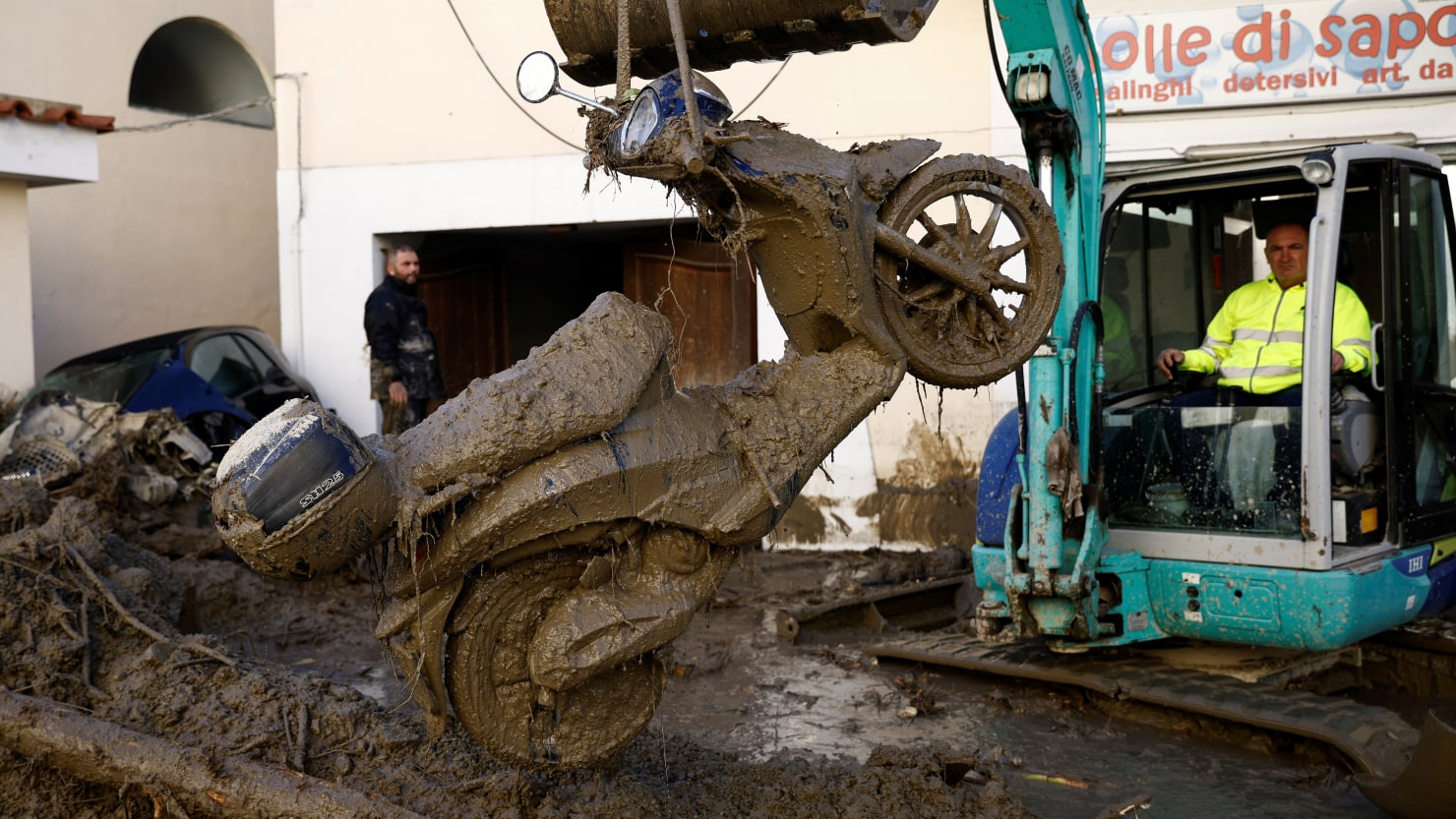 ROME—The lifeless mud-covered body of a 21-day-old infant has become the latest symbol of yet another preventable tragedy blamed on corruption and illegality in Italy. Eight people died, and a further five are still missing, after torrential rains sent houses, cars and buses tumbling down a mountain.

Among the bodies recovered was a 5-year-old girl in pink pajamas and her 11-year-old brother. Hopes of finding anyone alive have been dampened by continuing bad weather.

Authorities on Monday blamed abusive construction of tourist homes and even hotels around the hamlet of Casamicciola Terme, where the worst landslide occurred early Saturday morning. “The mayor and those who let the building go on should be in jail,” Italy’s Minister of the Environment and Energy Security Gilberto Pichetto Fratin said Monday.

Ischia, which is growing in popularity as an alternative to over-tourism on neighboring island of Capri, draws thousands of people each summer. But latent bureaucracy has meant that it takes years for permission to build to be processed, which has led many companies and individuals to build illegally, skirting regulations that would likely have saved the homes in the highly seismic area.

More than 27,000 structures are thought to be illegally built or renovated, according to applications for amnesty to legalize them in recent years. More than 600 structures, including hotels, have been demolished since an earthquake in 2017, which devastated the same town.

The local governor of Campania, Vincenzo De Luca, has called for all illegal properties to be sequestered. “I would confiscate what is illegal, and then I would go and see on a case-by-case basis,” he told Corriere Della Sera, adding that 94 percent of the municipalities in his region are at risk, but few controls are carried out. He said that in some cases, inspectors are even threatened if they condemn a building, especially those tied to organized crime, which is rampant in the area. “The great abuse is construction in the total absence of regulatory plans, in disregard to the landscape and environmental safety, which are often erected in one night.”

Most of the homes that were damaged or destroyed were built on a riverbed, which would never pass a building inspection. More than 250 people have been forced to leave their homes since Saturday.

Italy’s civil protection chief Fabrizio Curcio said the situation in Ischia is very complicated. “Illegal building is certainly a problem, but in many other areas even if there are no illegal constructions, environmental disasters still occur,” he said. “But in Ischia there is an established illegal activity and therefore the risk is greater.” He said the only hope is to get citizens to come clean and report if they have illegally built a structure. He says there are around 10,000 infractions that could be criminally prosecuted on the island.

Just days before the disaster, the former mayor of the island, Giuseppe Conte (no relation to the former prime minister), said he wrote authorities to warn about the worsening situation and saturation of the land around Casamicciola ahead of the predicted rain storms. “Only a few days before the disaster I had reported to the competent authorities the serious risks for the population of Casamicciola due to hydro-geological instability,” he said Sunday. “On 22 November I had written to the prefect of Naples, to the prefectural commissioner of Casamicciola, to the mayor of Naples Manfredi and to the Campania Civil Protection, signaling the danger in consideration of the orange weather alert, asking for the evacuation of the risk area. Nobody answered me.”