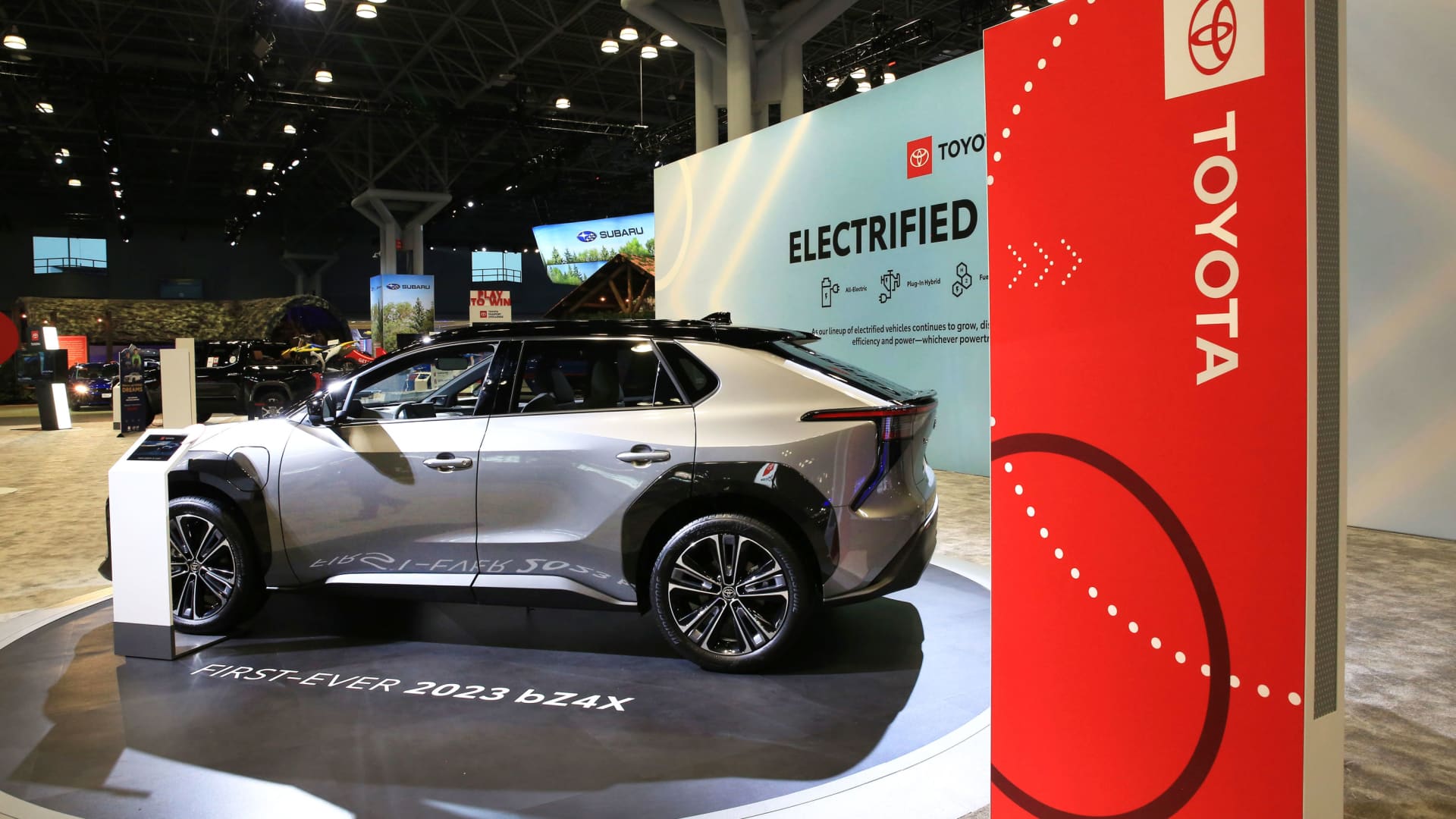 LAS VEGAS – Toyota Motor is standing by its electric vehicle strategy, including hybrids like the Prius, following criticism by some investors and environmentalist groups that the company is transitioning too slowly to EVs.

Toyota CEO Akio Toyoda, who has built a corporate strategy around the idea that EVs aren’t the only solution for automakers to reach carbon neutrality, said Thursday the company will move forward with plans to offer an array of so-called electrified vehicles for the foreseeable future – ranging from hybrids and plug-ins to all-electric and hydrogen electric vehicles.

“Everything is going to be up to the customers to decide,” he said through a translator during a small media roundtable, a day after addressing the company’s Toyota dealers at their annual conference in Las Vegas.

Toyoda addressed the need to convince skeptics of the company’s strategy, including government officials focusing regulations on all-electric battery vehicles, saying the automaker will “present the hard facts” about consumer adoption and the entire environmental impact of producing EVs compared with hybrid electrified vehicles.

Since the Prius launched in 1997, Toyota says it has sold more than 20 million electrified vehicles worldwide. The company says those sales have avoided 160 million tons of CO2 emissions, which is the equivalent to the impact of 5.5 million all-electric battery vehicles.

Toyoda’s remarks echoed comments he made to thousands of Toyota dealers and employees on Wednesday, saying the company will play “with all the cards in the deck” and offer a wide-array of vehicles for all customers.

“That’s our strategy and we’re sticking to it,” Toyoda, who has described himself as a “car guy or car nerd,” said in a recording of the remarks shown to reporters.

Toyoda doubled down on company expectations that all-electric vehicle adoption will “take longer to become mainstream” than many think.

Company executives, while increasing investments in all-electric vehicles, have argued such cars and trucks are one solution, not the solution, to meet tightening global emissions standards and achieve carbon neutrality. Toyota continues to invest in alternative solutions as well as hybrid vehicles such as the Prius, which combine EV technology with traditional internal combustion engines.

The company has said its strategy is justified, as not all areas of the world will adopt EVs at the same pace due to the high cost of the vehicles as well as a lack of infrastructure.

Toyota’s strategy has been criticized by environmental groups such as the Sierra Club and Greenpeace, which has ranked the Japanese automaker at the bottom of its auto-industry decarbonization ranking the past two years.

Toyota plans to invest roughly $70 billion in electrified vehicles, including $35 billion in all-electric battery technologies over the nine years. It plans to offer about 70 electrified models globally by 2025.

Toyota plans to sell about 3.5 million all-electric vehicles annually by 2030, which would only be around a third of its current annual sales.

A&E handover delays are worse than EVER… so how bad is the situation in YOUR area?