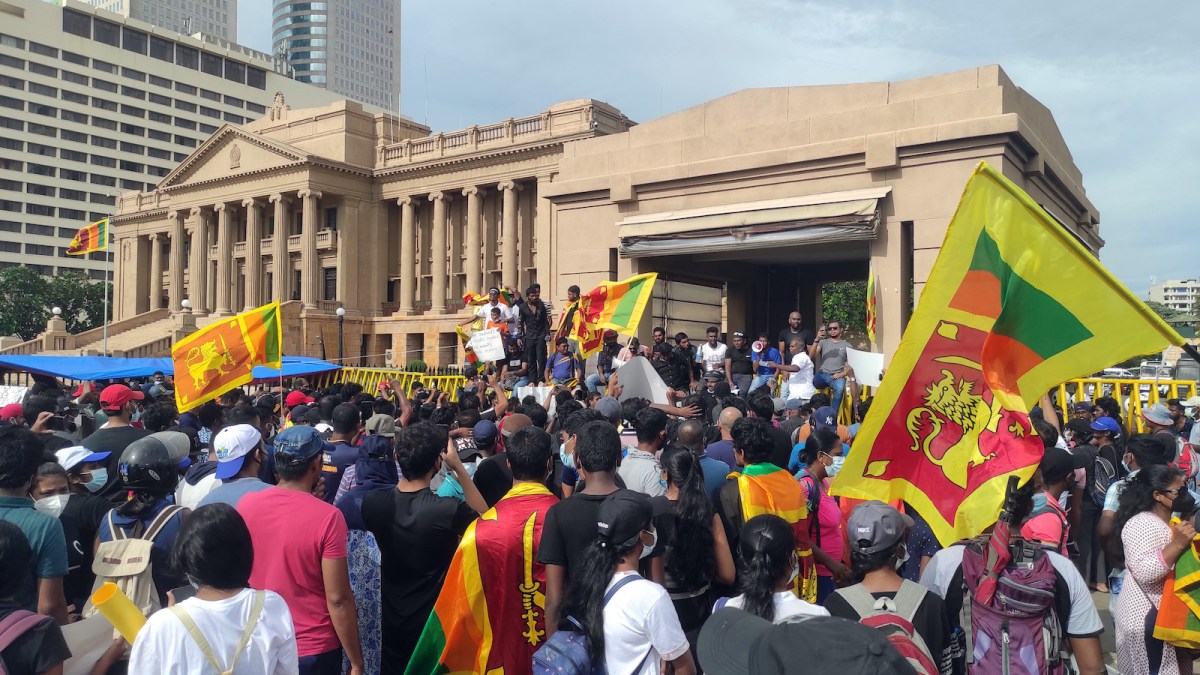 Sri Lanka’s crisis was in the making a long time ago, and it has now reached its zenith. The civil war that ended in 2009 wreaked havoc on the country’s finances, while the 2008 financial crises added to the woes.

Major blunders such as massive tax cuts and the abrupt shift to organic farming continued to drain the country’s finances while increasing its reliance on external debts and imports.

This August, the International Monetary Fund and Sri Lanka reached a staff-level agreement for a US$2.9 billion loan to give breathing room to the crisis-ridden nation. The IMF has asked the nation to increase its state revenue and reach a primary surplus of 2.3% of GDP by 2025, which seems to be hugely challenging for the island nation.

IMF credit lines usually come with a basket of conditions that are detrimental to the nations seeking the loan. The IMF has been providing Sri Lanka loans for the past two decades to help it avoid a crisis.

A $2.6 billion “standby arrangement” was provided in 2009 on the condition that Sri Lanka’s budget deficit be reduced to 5% of GDP by 2011. The IMF mandated broadening of the tax base and enforcing the collection of taxes.

Sri Lanka could not fulfill any of its deficit-reduction goals and again went to the IMF. The nation was provided a three-year “extended fund facility” in 2016 to help it meet its balance-of-payment needs. This time, the IMF mandated a reduction of the overall fiscal deficit to 3.5% of the GDP by 2020.

In the context of the current economic crisis, Sri Lanka stayed away from obtaining further credit from the IMF even when its balance-of-payments problem was looming large. Finally, as the preliminary talks between the IMF and Sri Lanka proceeded this year, the multilateral creditor also asked Sri Lanka to source credit from various other multilateral agencies and nations to close its deficits.

Obtaining this credit from agencies and bilateral creditors comprising China, Japan and India is crucial for the IMF board of directors to give the final approval for the loan. The aim of this extended fund facility arrangement is to restore macroeconomic stability and debt sustainability, protect financial stability, and protect the vulnerable and address the corruption plaguing the nation.

Addressing the tax cuts that decimated the nation’s economy, the IMF has asked the nation to make its income tax progressive and broaden the tax base for corporate income tax and value-added tax (VAT). Sri Lanka must adopt a cost-recovery-based pricing model for its fuel and electricity services to reduce the risk of state-owned enterprises faltering.

The IMF has also asked the nation to enact a new central-bank law that would allow a flexible inflation-targeting regime by making the bank more autonomous. The exchange rate must be made flexible and market determined to restore the nation’s foreign-exchange reserves.

Even though the IMF loan, which would be provided in four tranches, is less than what India provided in four months, Sri Lanka is relying on the fact that receiving an IMF loan will enhance its credit rating and instill confidence of international creditors and investors to finance the nation during the gaps between the IMF’s payments.

Sri Lanka has no way to escape this crisis other than relying on IMF loans. It remains to be seen whether the conditions put forth by the IMF will only be a short-term solution or if it will solve the long-term problems plaguing the nation.

Meanwhile, Sri Lanka’s trade links with other nations such as Japan and India must be strengthened to ensure the economy is resilient. We have seen that IMF bailouts have been detrimental to the nation in the past.

Sri Lanka must not be reliant only on the IMF to escape the crisis; instead it must utilize all available forums at its disposal to forge a strategy through which the nation can survive this crisis and chart future recovery processes.

The author acknowledges Aravind J Nampoothiry at the National Law School of India University in Bangalore for his research assistance on this article.