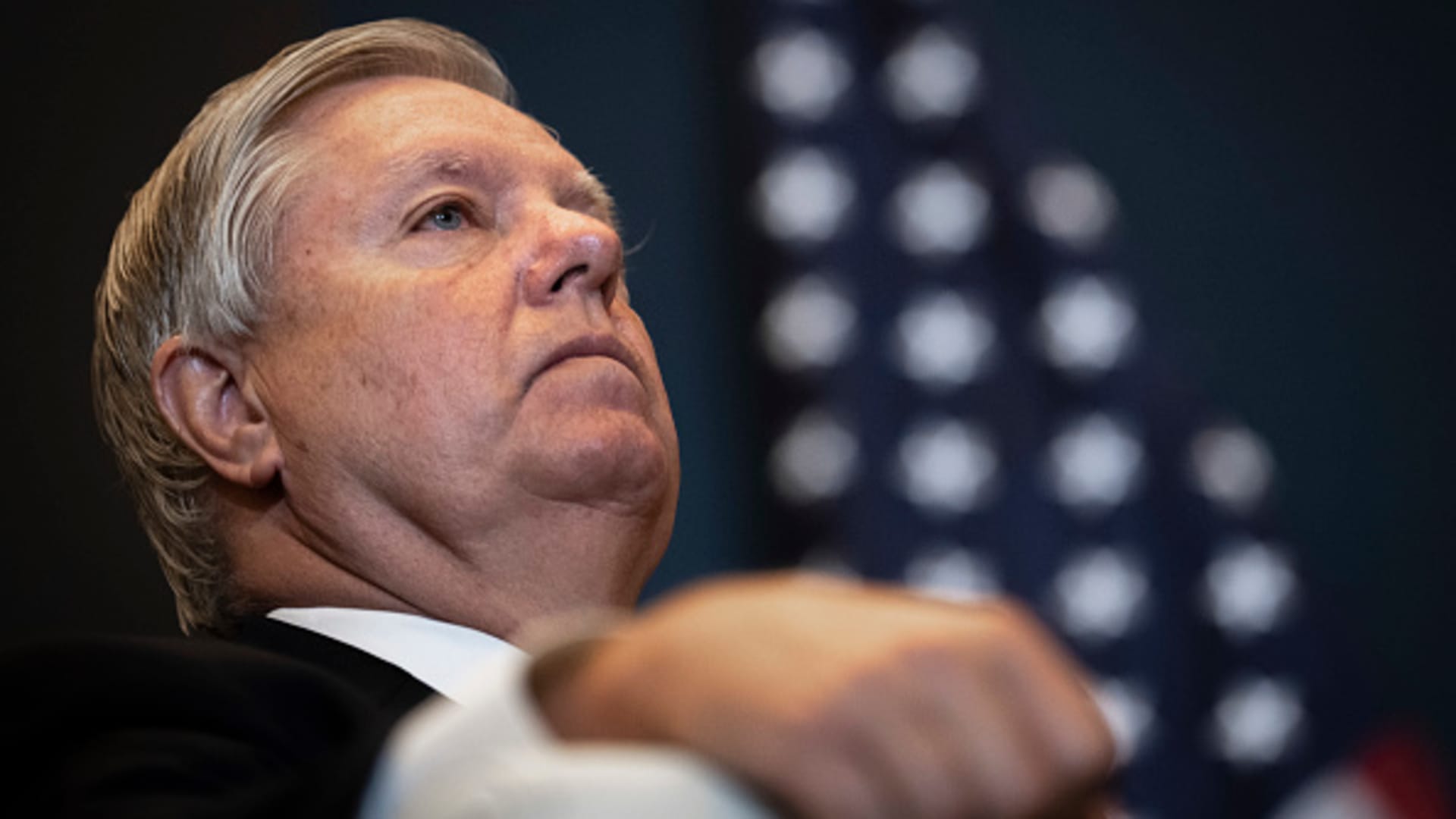 Sen. Lindsey Graham participates in a panel discussion on the economy during the America First Agenda Summit, at the Marriott Marquis hotel on July 26, 2022 in Washington, DC.

U.S. Senator Lindsey Graham believes that former President Donald Trump stands a “pretty good chance” of winning the 2024 U.S. presidential election, in what he said could be one of the “greatest political comebacks in American history.”

Speaking to CNBC Saturday, Graham — a South Carolina Republican and close ally of Trump — said he had advised the former president that he had “no chance” of winning the election in 2020, but added that 2024 was within his reach.

“I’m literally telling you what I tell him,” Graham told CNBC’s Steve Sedgwick at the Ambrosetti Forum in Italy.

“If you lose again, the history about who you are and what you did dramatically changes,” he said. “If you come back, it will be one of the greatest political comebacks in American history. And if you get four more years, you can do big stuff.”

The potential to do ‘big stuff’

Graham, who is currently facing calls to testify in a criminal probe related to Trump’s efforts to overturn the 2020 election, said Trump would now be able to position himself as the president of hope and action as the political and economic climate darkens under President Joe Biden.

“Alright, you’ve lived through four years of this. You get a chance to start over,” he said.

“Remember me? I may not be your cup of tea, but when I was president, our border was secure, we had the lowest illegal crossings in 40 years. I did it,” he continued.

Ultimately, however, Graham acknowledged that it may take more than policy pledges for Trump to regain favor among American voters.

“His problem is personal,” he said. “His policies have stood the test of time. But has he worn the American people out in terms of his personality? … Time will tell.”

Graham’s comments come as Trump is under investigation for potential violations of laws related to espionage and obstruction of justice, specifically regarding his treatment of classified White House records that he took to his residence in Mar-a-Lago, Florida.

The senator has been critical of the FBI’s investigation, accusing the intelligence service of double standards in their treatment of Trump versus Hillary Clinton, who was the subject of a separate investigation into her use of a private email server while secretary of state. Trump’s critics argue that the two cases aren’t comparable.

Graham reiterated Saturday that there would be “riots in the streets” if Trump was prosecuted, however he separately condemned the violence seen during the Jan.6 Capitol storm.

Last Thursday, a federal judge on Thursday denied Graham’s latest effort to challenge a subpoena for his testimony before a special grand jury in Georgia, which is investigating possible criminal election interference by Trump and his allies in 2020.

However, the judge limited the scope of the subpoena by ordering that Graham could not be questioned about phone calls he made to Georgia Secretary of State Brad Raffensperger and his staff in the weeks after the November 2020 election between Trump and Biden.

It follows continued bids by Graham to avoid testifying on the grounds that his position as a lawmaker grants him immunity under the U.S. Constitution’s “speech or debate” clause.