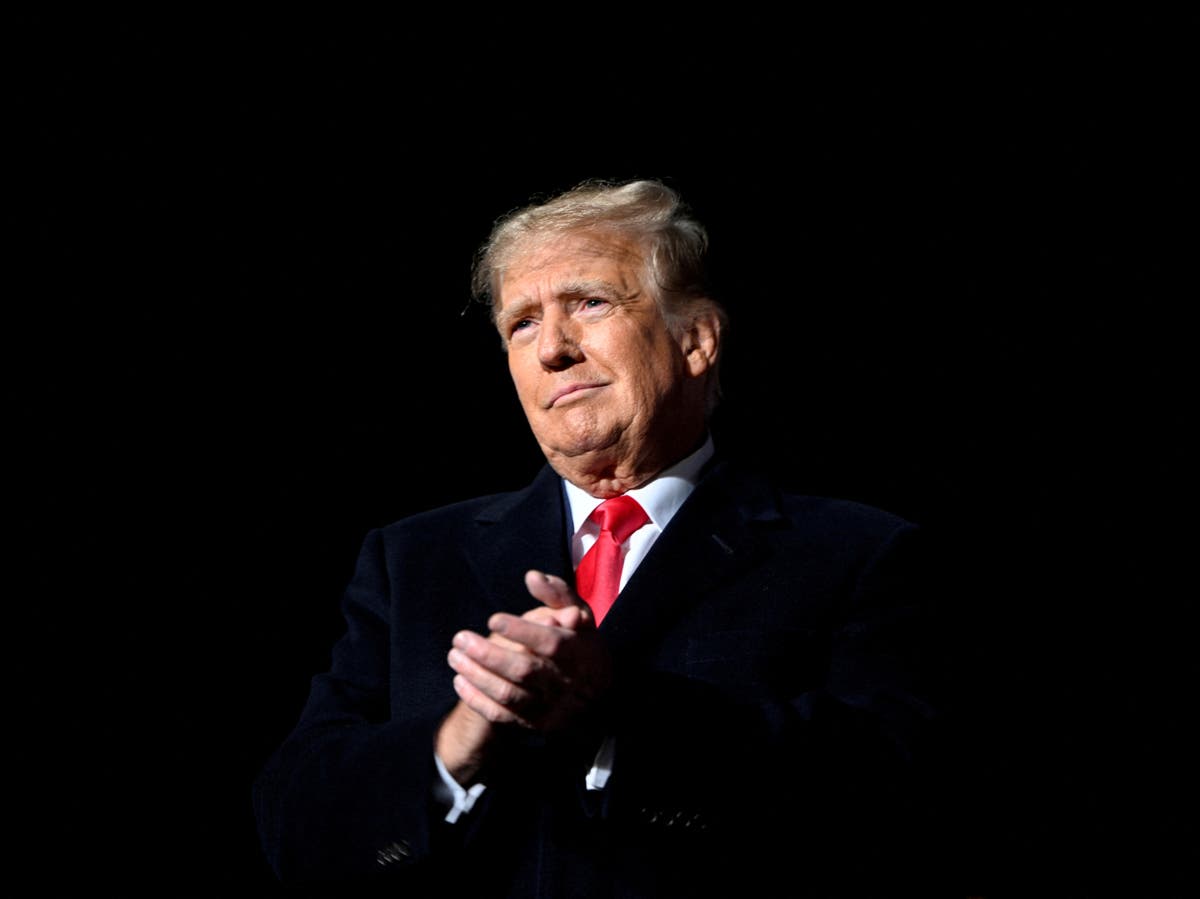 Former President Donald Trump does not plan to appeal to the Supreme Court a lower court order that put an end to the special master review of the classified documents seized from his Mar-a-Lago estate, according to reports.

The Department of Justice should now be able to proceed with its criminal investigation into the matter. Prosecutors for the department are also urging a judge to hold Mr Trump’s team in contempt of court for not fully complying with a subpoena to return all of the documents at the centre of the scandal earlier this year.

Meanwhile, Mr Trump has hit out at the hostage swap deal that saw WNBA start Brittney Griner returned from Russian in exchange for arms dealer Viktor Bout. The former president decried that the deal did not include fellow American Paul Whelan who was detained during Mr Trump’s presidency.

These latest developments come in a week of political and legal blows for Mr Trump, who has seen his company found guilty of tax fraud; the likelihood of a criminal referral surface over the Capitol riot; further classified documents show up in his possession; and his Georgia Senate candidate lose in the runoff election.

Are the former president’s actions finally catching up with him?

Justice Department lawyers have urged a federal judge to hold Donald Trump’s legal team in contempt of court for not fully complying with a May subpoena to return all classified documents in his possession, The Washington Post reports citing people familiar with the matter.

The paper says it is a sign of how contentious the private talks between the two sides have become over whether the former president still holds any secret papers.

Prosecutors have put the request to US District Court Judge Beryl Howell, who had not yet held a hearing or ruled on it.

CNN reports that former President Donald Trump does not plan to appeal to the Supreme Court a lower court order that put an end to the special master review of the documents seized from his Mar-a-Lago estate.

The network cites a source familiar with the matter.

A week ago a federal appeals court ended an independent review of the classified materials by the special master, which the Justice Department said was delaying its criminal investigation into the matter.

Mr Trump’s legal team had until today to appeal the decision to the nation’s highest court.

The Justice Department should now be able to proceed with its investigation.

Trump, who ignored Whelan for two years, says deal to return Griner to US was ‘stupid’

Two years after his term in the White House ended without him mentioning his name, Donald Trump is now claiming the Biden administration’s prisoner swap to return wrongfully detained WNBA star Brittney Griner home is a ‘stupid’ and ‘totally one-side transaction’ because it did not include US Marine Corps veteran Paul Whelan.

Andrew Feinberg has the full story.

Russia has agreed to release former WNBA player Brittney Griner in a prisoner swap with the US. While Griner’s fans and loved ones are celebrating, there are some people who are upset by the developments, and they all just so happen to ideologically oppose Joe Biden.

Republicans — both lawmakers and media figures — took to social media to explain why Griner’s release was either unfair or a grave mistake.

Latest polling has DeSantis closing on Trump, but Biden holding up in one-on-one

The latest YouGov/Yahoo 2024 Republican Party primary test of nine prospective candidates is out with polling percentages as follows:

In a head-to-head against President Joe Biden, the incumbent beats Trump 45 per cent to 42 per cent and ties with DeSantis.

The survey was conducted between 1-5 December and 1,635 adults were questioned.

Former national security adviser Michael Flynn appeared at a downtown Atlanta courthouse today to testify before a special grand jury that’s investigating whether then-President Donald Trump and his allies illegally tried to influence the 2020 election in the state of Georgia.

Trump hits out at ‘stupid’ and ‘unpatriotic’ Griner prisoner swap

Mr Trump posted: “What kind of a deal is it to swap Brittney Griner, a basketball player who openly hates our Country, for the man known as “The Merchant of Death,” who is one of the biggest arms dealers anywhere in the World, and responsible for tens of thousands of deaths and horrific injuries. Why wasn’t former Marine Paul Whelan included in this totally one-sided transaction? He would have been let out for the asking. What a “stupid” and unpatriotic embarrassment for the USA!!!”

Mr Whelan was accused of spying and arrested in Russia in December 2018. He was sentenced to 16 years in prison in June 2020 — during the Trump administration.

Unlike her brothers and father, Ivanka Trump’s finances no longer under court supervision

Donald Trump’s eldest daughter will no longer have her professional finances overseen by the court-appointed monitor assigned to prevent the Trump Organization from lying to banks or insurance companies or from hiding assets from New York State Attorney General Letitia James while her fraud lawsuit against the ex-president’s eponymous company is before the courts.

According to court documents, Ivanka Trump is now exempt from a 4 November court order enjoining the former president, his family, and his companies from “selling, transferring, or otherwise disposing of any non-cash assets” listed on the “statements of financial condition” that have been a focus of Ms James’ investigation and requiring a court-appointed monitor to ensure that any financial statements or valuations of assets submitted by the company are accurate.

Andrew Feinberg has the details.

The Daily Show host Trevor Noah laid into Donald Trump following the news that the Trump Organization had been found guilty of tax fraud. The former president’s company was convicted on Tuesday, 6 December, of helping its top executives dodge taxes on off-the-books benefits such as Manhattan apartments and luxury cars. Neither Mr Trump nor his family members were on trial. Noah joked that Trump would be “going to prison,” not as an inmate, but to visit “the lower-ranking” people “who did this without his knowledge or his permission.” Sign up for our newsletters.