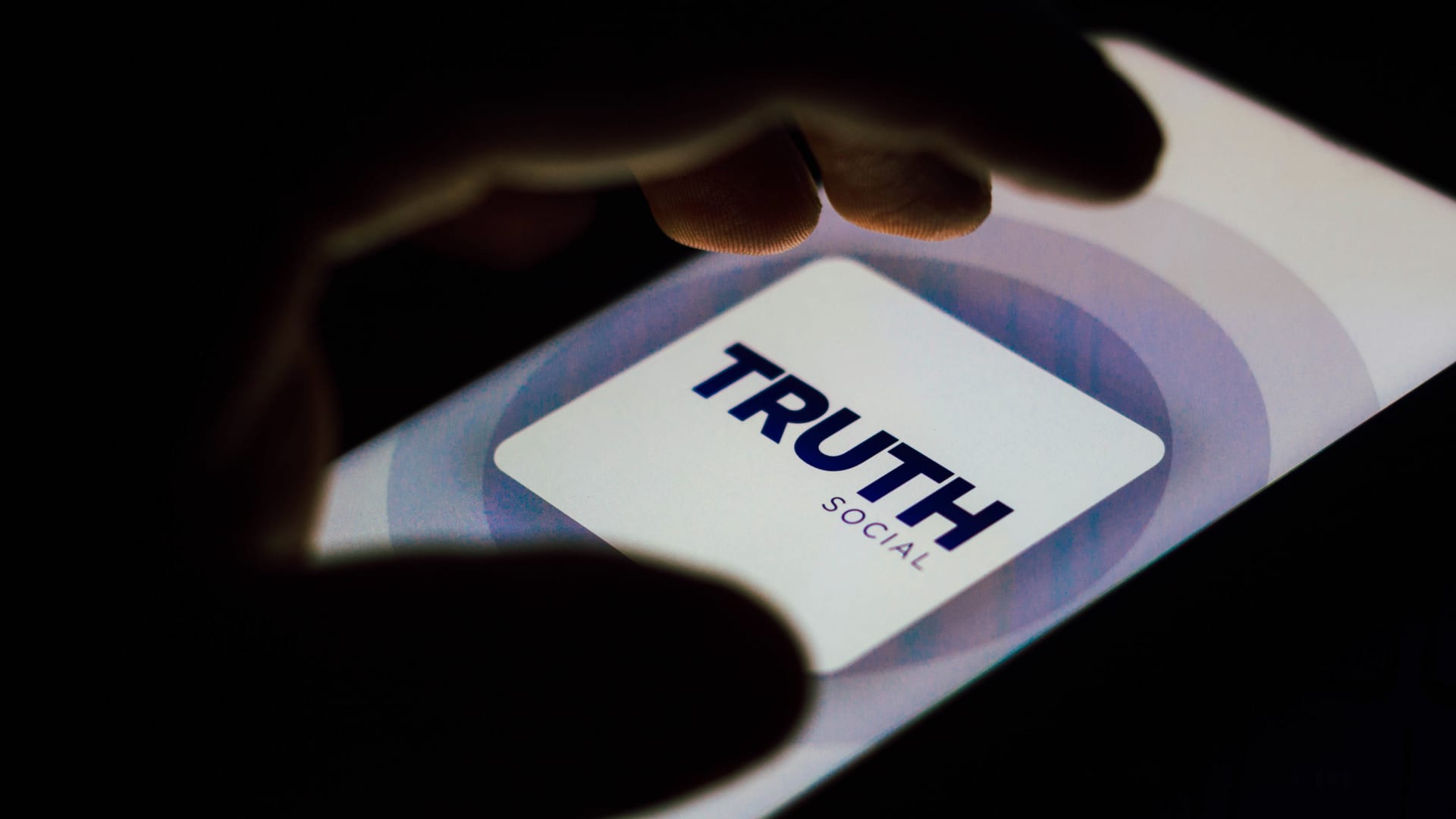 The social media app will be developed by Trump Media and Technology Group (TMTG).

The change from a Miami office building to a UPS address came with DWAC’s regulatory filing on Friday disclosing its financing losses. The company said it had lost $138.5 million of the $1 billion in financing from private investors in public equity, also known as PIPE, to fund Trump Media after the merger. The contractual obligation for those investors to contribute to former President Donald Trump’s media company after the deal had expired last Tuesday, allowing them to pull their funding.

One of the former private investors told CNBC that it pulled financing from DWAC because of the many legal obstacles facing the company. The investor, who declined to be named due to the sensitive nature of the matter, was also underwhelmed by the popularity of Trump Media’s Truth Social app as measured by Donald Trump’s follower counts.

Trump had more than 80 million followers on Twitter. On Truth Social, which he founded after he was banned from Twitter following the Jan. 6, 2021 Capitol riot, he has 4.1 million. The app is also currently barred from the Google Play store.

Representatives from DWAC did not immediately respond to a request for comment.

After failing to garner enough shareholder support to extend its deal deadline earlier this month, DWAC CEO Patrick Orlando contributed $2.8 million from his company Arc Global Investments II to push back the deadline to December.

The merger delay comes as Trump Media and DWAC are the subject of an Securities and Exchange Commission probe into whether alleged discussions between the two companies prior to the merger violated securities laws.

Trump himself is also the subject of multiple investigations, including civil allegations of fraud from New York’s attorney general, as well as criminal investigations relating to the removal of sensitive documents from the White House, his involvement in the Jan. 6, 2021 Capitol insurrection and attempts to influence the outcome of the 2020 presidential election.

DWAC’s address change was first reported by the Financial Times.

Shares of DWAC were trading around $16 Monday afternoon, down significantly from its $97 peak in March of this year.