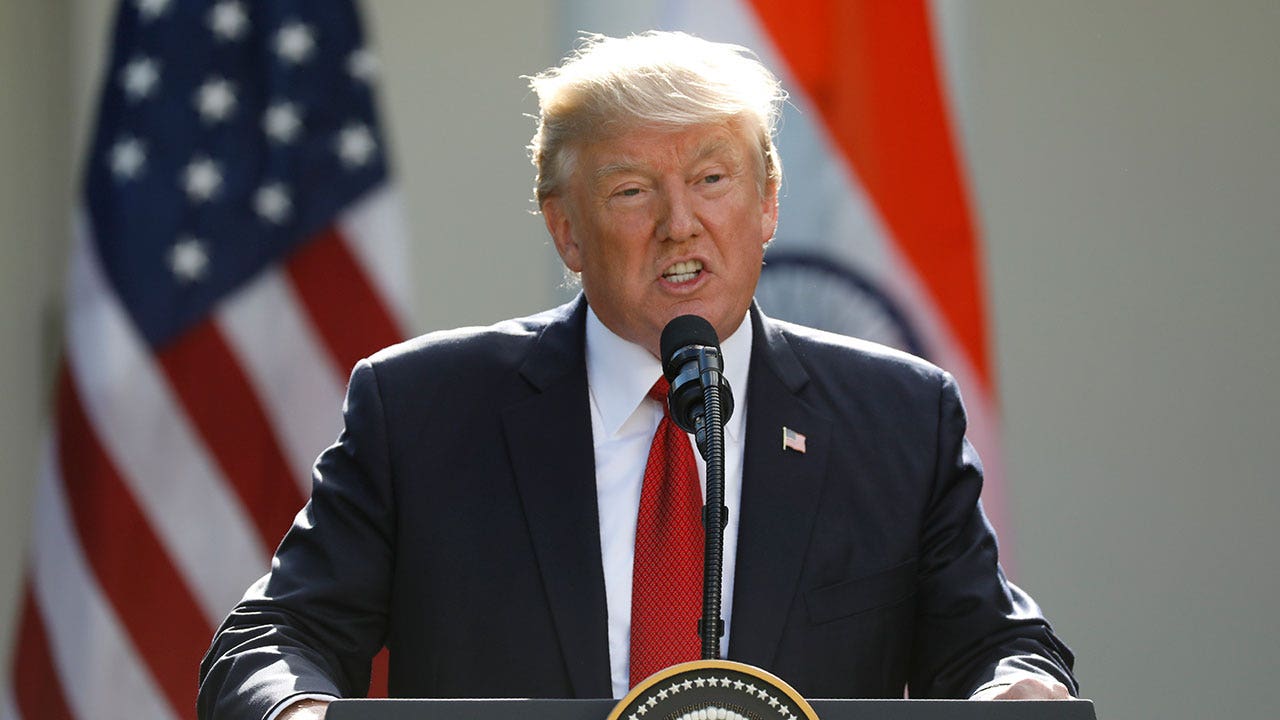 “Mr. President, tell us, what are the things that keep you up at night right now?” Catsimatidis asked.

“I think more than anything else, I think we can end up in World War III. All of the horrible things that took place in Ukraine, looks like it’s going to happen in China with Taiwan,” Trump said.

Ukrainian President Volodymyr Zelensky is seen on the screen delivering a speech via videoconference to the U.S. Congress at the Capitol in Washington, D.C., the United States, March 16, 2022.
(J. Scott Applewhite/Pool via Xinhua)

“What’s happened in Ukraine should’ve never, ever happened, and now the word nuclear is being discussed, and I think that’s one of the most dangerous things, I think we’re at the most dangerous time maybe in many, many years, maybe ever, because of the power of nuclear,” Trump continued. “For a major nation that’s equal with us on nuclear power to be throwing around the word cavalierly like nuclear is a very bad time, a very bad time for this country, and a very bad and very dangerous time for the world.”

Catsimatidis pointed out how some have argued that Putin would not have invaded Ukraine if Trump were still president. Trump responded that he believed President Biden’s botched Afghanistan withdrawal demonstrated weakness and incompetence that emboldened Putin to attack Ukraine.

TULSI GABBARD: US IS PUSHING FOR ‘MORE DESTRUCTION’ IN UKRAINE CONFLICT

Trump also pointed out that the price of oil was much lower when he was in office, and argued that elevated oil prices caused by the Biden administration’s climate agenda have helped finance Putin’s war.

“You wouldn’t have had to talk to Putin, because the numbers would not have allowed him to do what he’s done. Because at $100 a barrel, the money he makes is so enormous he can afford to fight a war that should have never started regardless of that, and it would have never started,” Trump said.

Industry leaders and experts have placed part of the blame on then-President Trump, who infamously launched his campaign with a critique of Mexican immigrants, and not long afterward called for a total ban on travel from several countries.
(Reuters)

Trump also noted that he “filled up the national strategic reserves” that Biden has since depleted domestically and sold to China.