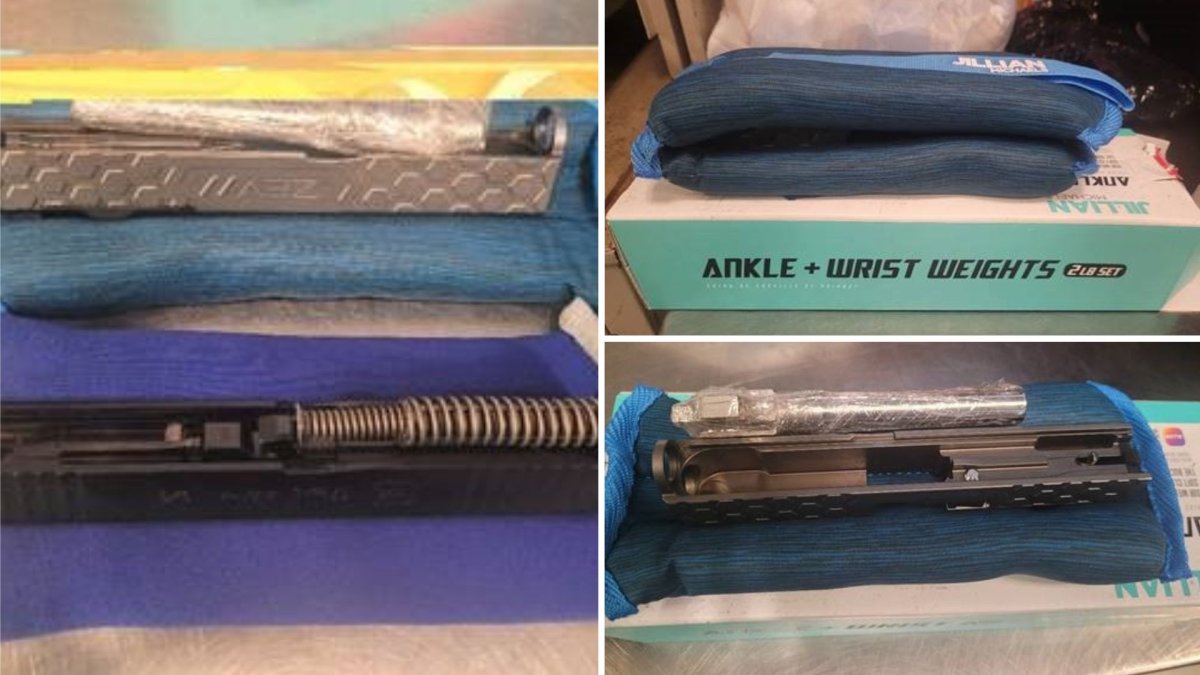 Transportation Security Administration officers stopped a New Jersey man from boarding his flight at Newark Liberty International Airport after they discovered concealed gun parts inside ankle and wrist weights Wednesday, according to the agency.

The firearm parts were detected after the Elmwood Park man checked bag went through the screening process, according to the TSA.

The bag was flagged for a hand search and the TSA officer assigned to search the bag came across a box labeled as ankle and wrist weights, according to the agency, it was then that officers realized the gun parts were concealed inside of the weights.

The man had a ticket to fly to Istanbul. He was denied boarding and was questioned by law enforcement. It was then that he told officials that a friend gave him the luggage to transport to Turkey and claimed that he did not know that the firearm parts were inside.

“This was an excellent catch on the part of our TSA team,” Thomas Carter, TSA’s Federal Security Director for New Jersey, said in a statement. “Clearly the individual who packed the luggage knew that firearm parts were not to be transported or else they would not have attempted to conceal them in the way that they were. This individual now faces a stiff Federal financial civil penalty.”