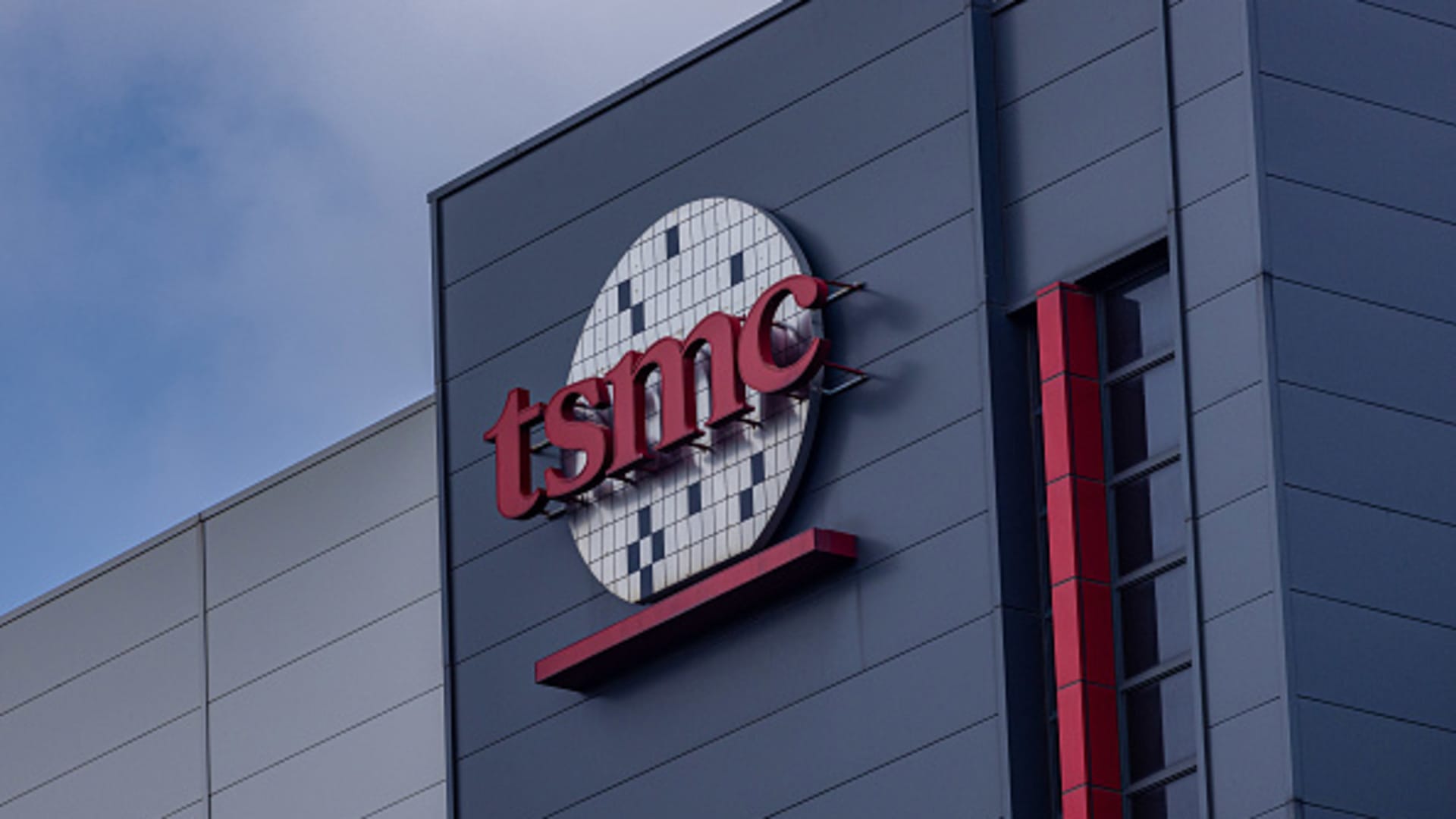 Shares of the world’s largest chip maker Taiwan Semiconductor Manufacturing Company rose as much as 5% on Wednesday morning in Asia after Morgan Stanley recommended the stock.

“We anticipate a semiconductor cycle recovery in 2H23 and suggest bargain-hunting in quality stocks right now. TSMC is our top pick,” the investment bank said in a Tuesday note. It characterized TSMC as “the enabler of future technology.”

The stock was trading 3.73% higher in afternoon trade. U.S.-listed shares of TSMC rose about 5% overnight.

Chip stocks such as TSMC, GlobalWafers Company and MediaTek are at trough valuations after a rapid market correction, analysts at Morgan Stanley said.

Meanwhile, the secular trends of 5G, artificial intelligence of things and electric vehicles — which need semiconductors — are not reversing, the bank added.

A chip recovery will also be supported by the falling prices of tech products and logistics, reopening of economies — especially in China, and a slower increase in production capacity for foundries, analysts wrote.

Investors should prioritize investing in industry leaders with pricing power, those with secular growth stories and companies that will benefit from China’s semiconductor localization, the note said. Secular growth stocks are those that have long-term value and are not so dependent on current economic conditions.

In a separate note by Morgan Stanley on Asia’s emerging markets, analysts recommended moving overweight on South Korea and Taiwan, as well as the chip sector in those markets.

“Both markets are dominated by Semiconductors and Technology Hardware,” the note said.