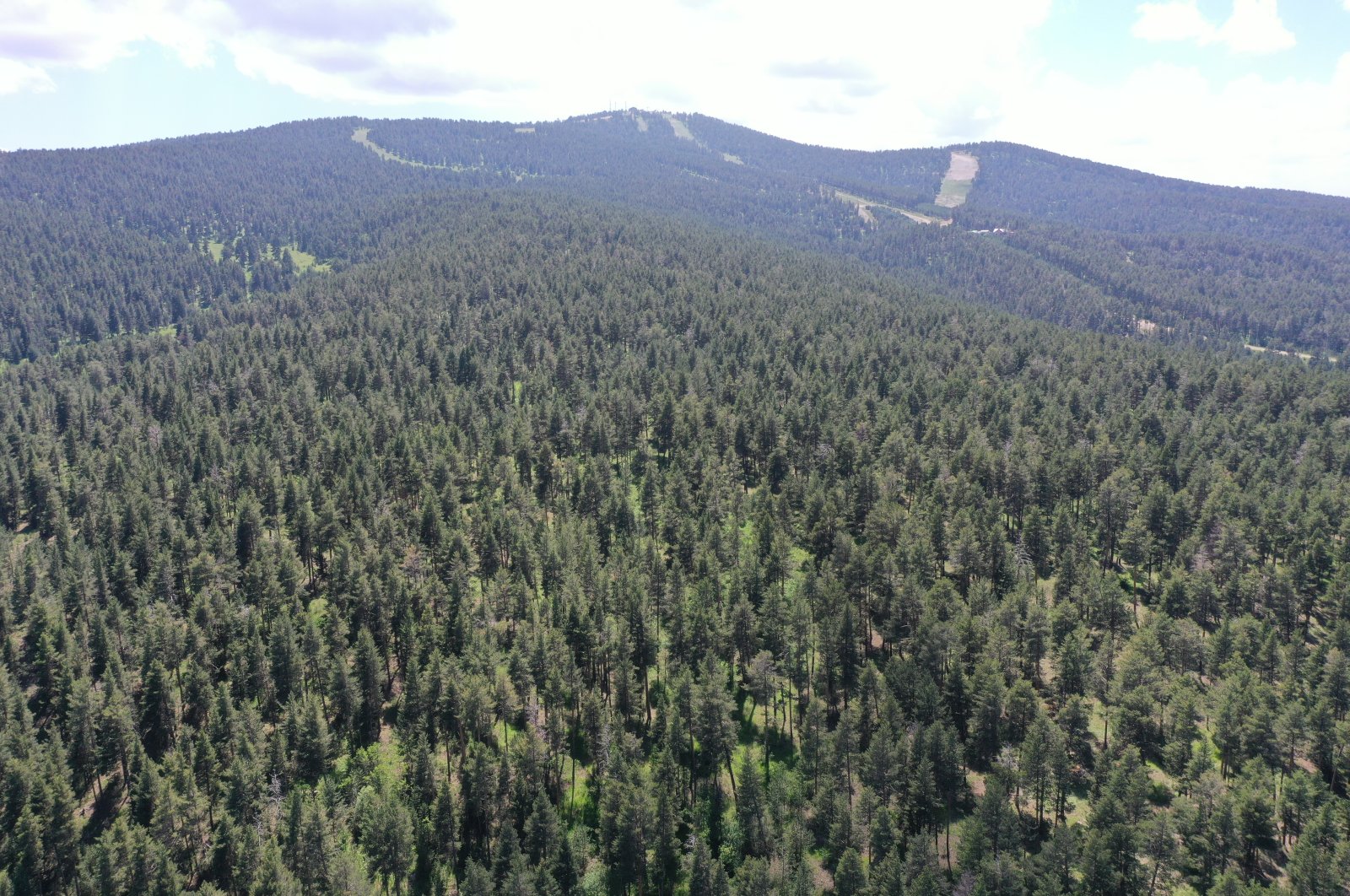 With the high season for forest fires underway, the Interior Ministry has issued instructions to the governorates of Turkey’s 81 provinces, ordering them to ban visitors to the forests in places at risk of catching fire. Setting up fires for recreation and campfires have also been banned in areas near forests. The ban will remain in place until Aug. 31.

A combination of soaring temperatures and a rising number of holidaymakers and people on excursions has triggered fears of fires, which are mostly caused by negligent picnickers or inflammable material discarded in forests. The uncontrolled burning of weeds in fields near forests also spark fires.

Privately run camping sites in forested areas will be exempt from bans. Governorates were also ordered to prevent the use of fireworks and other inflammable materials at open-air parties in areas near forests.

Local authorities will also inspect whether residential areas and industrial sites near forests pose a risk to the forests and will organize awareness campaigns to inform the public about potential dangers to the forests. Forestry workers, gendarmerie troops and police officers will regularly patrol the forests for fires while drones will be used to constantly monitor the forests for risky situations.

All sites near forests that may pose risks to them, including open-air garbage storage areas and picnic grounds, will be required to have fire safe zones around the venues.

Turkey suffered from hundreds of forest fires last year, the most devastating in recent memory, particularly affecting the Mediterranean region. This year’s biggest fire so far was in Marmaris, a town in the western Mediterranean region of the country. Last month’s fire lasted for days due to strong winds and humidity in the area before firefighters, planes and helicopters extinguished the blaze thta forced evacuations and affected more than 3,000 hectares (7,413 acres) of land.

The country saw 226,845 hectares of forests damaged or completely burned between 2012 and 2021, with more than 61% of this loss taking place in 2021 alone. Data from the Directorate General of Forestry (OGM) shows a total of 27,150 forest fires took place across the country in the past decade. Though last year may seem the worst in terms of the size of the forests that succumbed to the blazes, the highest number of fires took place in 2013, at 3,755, one year before the country recorded its least fires in a decade at 2,149.

Last year, 2,793 forest fires were reported. Most of them, as was the case in the past, took place during the summer season. The majority of the huge fires were in Antalya and Muğla, two southern provinces on the shores of the Mediterranean Sea. The deadly blazes claimed the lives of at least eight people. The wildfires prompted a nationwide mobilization effort to help the burned down villages and triggered a debate on the country’s response to massive fires. The forest fires that erupted in more than 500 locations in two provinces lasted for days, the longest for 15 days, causing the evacuation of villages in Manavgat, the worst-hit district in Antalya, as well as evacuations from Bodrum and Marmaris, two popular vacation destinations in the neighboring Muğla province.

As the summer approached, Turkey readied for another potential season of wildfires. This year 55 helicopters and 20 airplanes have been reserved for dumping water on burning forests, while some 15,000 volunteers are ready to be in the field, along with the professional staff.

Countries such as Portugal and Greece experience fires most summers, and have infrastructure to try to manage them – though both have received emergency European Union help this summer. But hotter temperatures are also pushing wildfires into regions not used to them, and thus less prepared to cope. Forest management and ignition sources are also important factors. In Europe, more than nine out of 10 fires are ignited by human activities, like arson, disposable barbecues, electricity lines, or littered glass, according to EU data. Countries, including Spain, face the challenge of shrinking populations in rural areas, as people move to cities, leaving smaller workforces to clear vegetation and avoid “fuel” for forest fires building up. Some actions can help to limit severe blazes, such as setting controlled fires that mimic the low-intensity fires in natural ecosystem cycles, or introducing gaps within forests to stop blazes rapidly spreading over large areas. But scientists concur that without steep cuts to the greenhouse gases causing climate change, heat waves, wildfires, flooding and drought will significantly worsen.