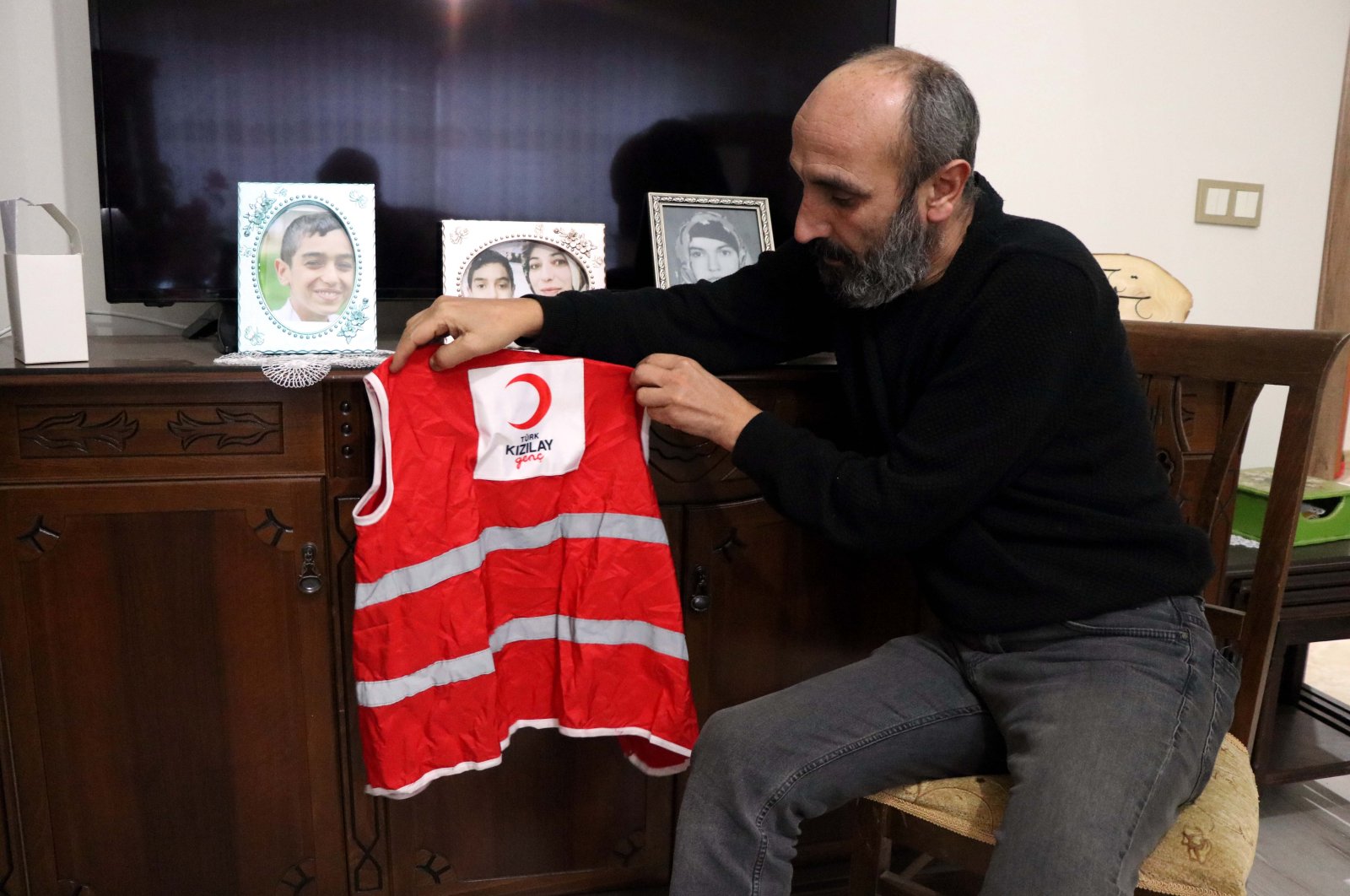 Elazığ was rocked by one of its worst disasters on Jan. 24, 2020, when a magnitude 6.8 earthquake rocked the city, along with its neighbor Malatya. A total of 41 people were killed in two eastern provinces and hundreds of others were injured in the catastrophe, whose epicenter was Elazığ’s Sivrice district. Two years later, there are no traces of the havoc the disaster left behind and new, safe buildings constructed by the state accommodate the survivors. Yet, for those who lost loved ones, the earthquake is still a painful memory.

“I first heard a tremor and then, the walls of the house burst open,” Nazmiye Düşmez said on Monday, recalling the first moments of the earthquake to Anadolu Agency (AA). “I was like in a grave down there, completely disconnected from the world,” she recounted. A cellphone she had with her, however, connected her again to others. “I thought I couldn’t make it out alive. Life came a halt. Every minute was like a year,” she said. Düşmez owes her survival to a 20-centimeter-wide (8-inch-wide) gap between the wall and a washing machine that supported the rubble and prevented the wall from completely collapsing. Now living in a new residence built by the Housing Development Administration of Turkey (TOKI), she credits the state support for her survival. “I lost everything but the state always stood by me. It gave me a home and a new life,” she said.

Mustafa Yurtseven, a father of two, was rescued from the same rubble six hours after the earthquake. He was alone at home since his family was visiting friends. He tried to escape, but it was too late. “Everything went up in dust. All I heard was screams,” he remembered on the anniversary of the disaster. “I thought this was it, and I would die,” Yurtseven said. He recovered from the disaster but the trauma of the loss of his neighbors still haunts Yurtseven. “My entire neighborhood disappeared. My only solace is that my family was not with me and did not suffer,” he said. “I’ll never forget that night, but I buried my memories there,” he said.

The agony of loss is still fresh for Meriç Dişli. His most memorable moments are intertwined with earthquakes. His son Miraç Can was born in 2007, during a 5.9 magnitude earthquake in Sivrice and indeed, it was the earthquake that day that accelerated the childbirth. Thirteen years later, another earthquake again in Sivrice claimed the lives of Miraç and his mother Pınar, who was 6 1/2 months pregnant with a baby girl. Meriç Dişli himself was pulled out alive from the rubble 12 hours later.

One thing that shook him most was a conversation he had with his wife and son minutes before the earthquake. “We were watching the news on TV about another earthquake in Manisa. My son told me to bury him with his mother if he died in an earthquake and my wife told me she wanted to be buried next to her father if she dies in an earthquake. I was annoyed and asked them why they kept talking about death. I stood up from my seat, and it was then the earthquake struck,” he recounted.

Dişli witnessed the last moments of his son and wife and remembers his desperation of being unable to rescue them because he was also buried deep under the rubble. “My son told me to save him before he died. My wife spoke with me for about 15 minutes before she vomited blood and died. May Allah not give such pain to anyone,” he said. He recovered after eight surgeries and psychiatric therapy, but he says he still lives with “memories.” “That 20 seconds of earthquake changed all my life,” he said.

As for their last conversation, Dişli fulfilled the wishes of his son and wife and buried them next to his mother and her father, respectively.

5 Unanswered Questions I Have After Watching ‘Gremlins’ as an Adult