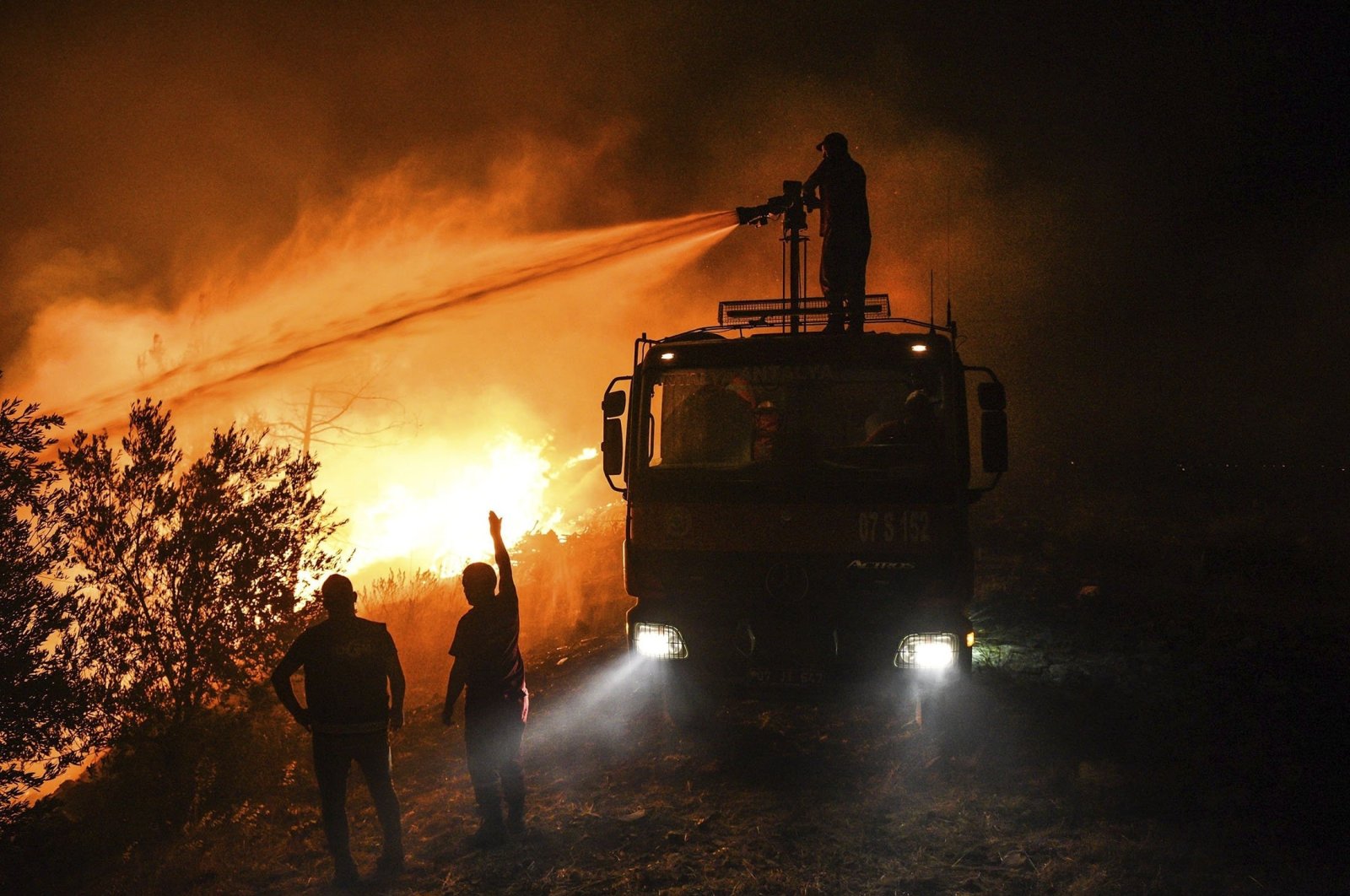 As Turkey has intensified works on technologies, training programs and awareness activities to combat forest fires amid the rising temperatures, the latest data showed that the average first response time was recorded as 15 minutes in a total of 410 forest fires in the country between June and July this year.

With the increase in temperatures, the government has increased measures against the possibility of forest fires. The latest technologies are used for early warning, which is the main principle of firefighting. Unmanned aerial vehicles (UAVs), used in many risky areas, perform important tasks in protecting the green homeland thanks to their thermal cameras. With the thermal cameras on the UAVs, areas with the possibility of fire are detected and an intervention plan is prepared by integrating them with the data from meteorology. With the guidance of fire experts, rapid intervention is carried out at these points.

Apart from this, smart fire watchtowers also contribute to the fight. Unmanned towers using artificial intelligence detect fires remotely and transfer them to the management center. In the light of this data, the teams quickly move to that point and extinguish the fire. In this way, the response time to fires has shortened.

Of the 410 fires, 118 were caused by negligence and carelessness, 79 by lightning, 30 by accident, and 22 by intention. However, the exact cause of 161 of the fires could not be determined.

The perpetrator of 62 of the fires was identified and judicial proceedings were initiated. According to fire statistics, major forest fires in the country usually occur in July and August.

Agriculture and Forestry Minister Vahit Kirişci stated that the human factor came to the fore in forest fires and said that “humans caused about 90% of forest fires in the country. For this reason, within the scope of prevention activities, we carry out training and awareness-raising activities for everyone to reduce the human factor that causes fires.”

Underlining that the government organizes events such as “Breath for the Future and National Afforestation Day” to increase the love for forests, Kirişci said that “we also carry out technical studies to increase the resistance of forests against fires and reduce the load of combustible materials in forests.”

Kirişci underlined that the government sees the protection of forests, which are valuable to the country, from fires with the slogan of “green homeland” to defend the homeland and stated that all the means of technology are used to support the forest personnel working 24 hours a day, seven days a week. Kirişci added that the fires were detected early and contained quickly and effectively.

Climate changes, so do fires

Wildfires, aggravated by the fallout from climate change, threaten Turkey’s evergreen land. The country saw 226,845 hectares of forests damaged or completely burned between 2012 and 2021, with more than 61% of this loss taking place in 2021 alone. Data from the Directorate General of Forestry (OGM) shows that 27,150 forest fires occurred across the country in the past decade. Fires, though not uncommon, appear to have increased in intensity, something blamed on strong winds spreading them and searing temperatures further aggravating the situation. Though last year may seem the worst in terms of the size of the forests that succumbed, the highest number of fires occurred in 2013, at 3,755, one year before the country recorded its least fires in a decade at 2,149.

Last year, 2,793 forest fires were reported. Most of them, as was the case in the past, took place during the summer season. Most of the huge fires were in Antalya and Muğla, two southern provinces on the shores of the Mediterranean Sea. The deadly blazes claimed at least eight lives. The wildfires prompted a nationwide mobilization to help the burned-down villages and triggered a debate on the country’s response to such massive fires. The forest fires that erupted in more than 500 locations in two provinces lasted for days, the longest for 15 days, causing the evacuation of villages in Manavgat, the worst-hit district in Antalya, as well as evacuations from Bodrum and Marmaris, two popular vacation destinations in the neighboring Muğla province.