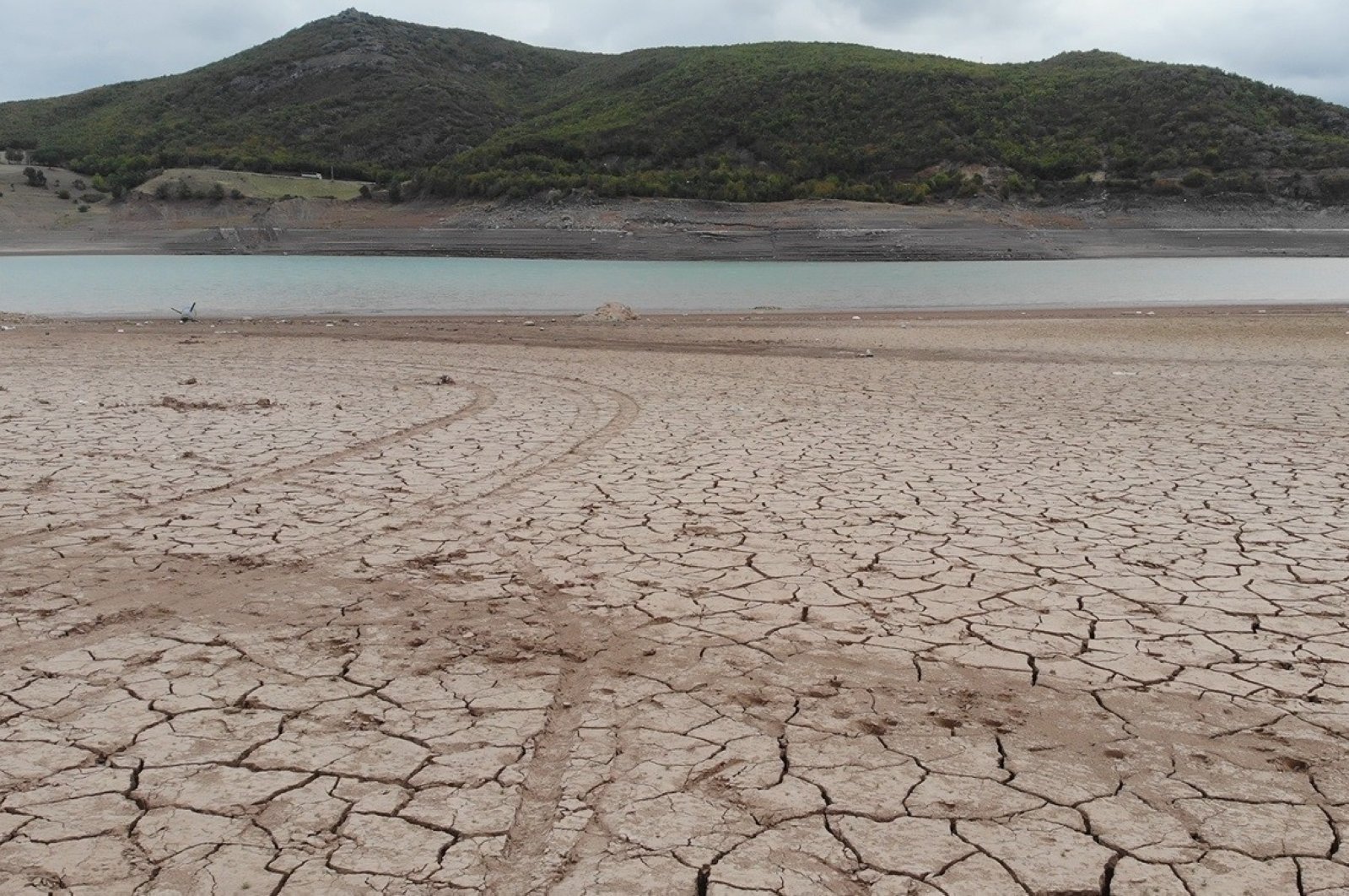 From government officials to scientists, mayors and nongovernmental organizations (NGOs), hundreds convened at a hotel in the capital Ankara to discuss a response to a future threat for Turkey: water shortage.

The first water council, hosted by the Ministry of Agriculture and Forestry, aims to address the issue aggravated by climate change. It is the culmination of a seven-month work where 1,631 people brainstormed ideas to fight the water-related problems of the country. The council will hold a four-day meeting and issue a report containing comprehensive solutions. President Recep Tayyip Erdoğan is expected to announce the results of the report later this month.

The event looks to create a centralized approach to the issue, which has been dominating the headlines for the past year, with news of bodies of water, from lakes and ponds to rivers drying up almost every week. Occasional precipitation provides relief to parched lands but experts agree that a long-term solution is needed for the water-poor country.

Speaking at the opening of the council meeting, Agriculture and Forestry Minister Bekir Pakdemirli said along with a final declaration of a draft text on the council’s findings and recommendations, they wanted to prepare a water law and submit it to Parliament.

“Our goal is to ensure each citizen has access to clean water today and tomorrow, to preserve our water resources, to use them efficiently and make them available for the future. This council is a road map to achieve these targets,” he said. The minister noted that the state has invested $32 billion (TL 284 billion) in 8,696 facilities for access to water in the past 19 years.

“For instance, construction of 600 dams was completed in 19 years, and this number is more than double of all dams constructed in the history of the Republic of Turkey. We also ensured irrigation of 80% of land feasible for agriculture, completed construction of 3,300 kilometers (2,050 miles) of water supply pipelines. These investments put Turkey ahead of many developed countries at the rate of access to clean water, which is now 99%,” he said.

Experts say climate change coupled with the misuse of water resources has led to a water scarcity problem in Turkey. The country was on alert after a lengthy dry spell in winter prompted concerns of water shortage, especially for the metropolis Istanbul. The winter precipitation alleviated concerns, but the risk of a future drought lingers. Authorities readied several plans, and the president assured the public in March that they already had action plans ready for water management up until 2071. He underlined that since the 2007 drought in Turkey, the government has prepared action plans on water supplies for 81 provinces.

The minister stated that they set up 11 working groups for the council on a diverse array of issues, from water security and regulations to water management, meteorology and climate change. He said reports prepared by 1,631 participants will serve as the basis of a new action plan on the matter. “It is important to preserve the water at its source and improve its efficient use. We are working to minimize vaporization losses in dams for this purpose,” he said.

Another issue that may pave the way for water shortage is crumbling water infrastructure in some places. In Istanbul, the country’s most populated city, for example, almost 22.3% of the water does not even reach the grid due to leaks in water pipelines. Pakdemirli says these losses exceed 35% in some municipal areas. “Last year alone, financial losses due to these water losses exceeded $214 million. We are aiming to decrease this to at least 30% in the next two years,” he said.

The government also readied river basin management plans for improving the quality and amount of water supplied to agricultural areas. “Water will be a priority in agricultural crop development. Our new motto is ‘agriculture in accordance with water (level),’” he said. Authorities plan to encourage the cultivation of crops that are less dependent on water though it remains to be seen whether farmers will adapt to this new scheme. The government plans to provide incentives for farmers growing produce that need less water.

The country is home to some 173 gypsophyte plant species, a type that thrives even in drought conditions, according to studies, though most of them are not directly consumed as food but rather, as food additives or in other sectors.

Pakdemirli said they also wanted to promote the use of modern irrigation techniques, noting that so far, 1.1 million hectares of agricultural lands in the country benefited from drip irrigation and other water-efficient techniques partly funded by the government.