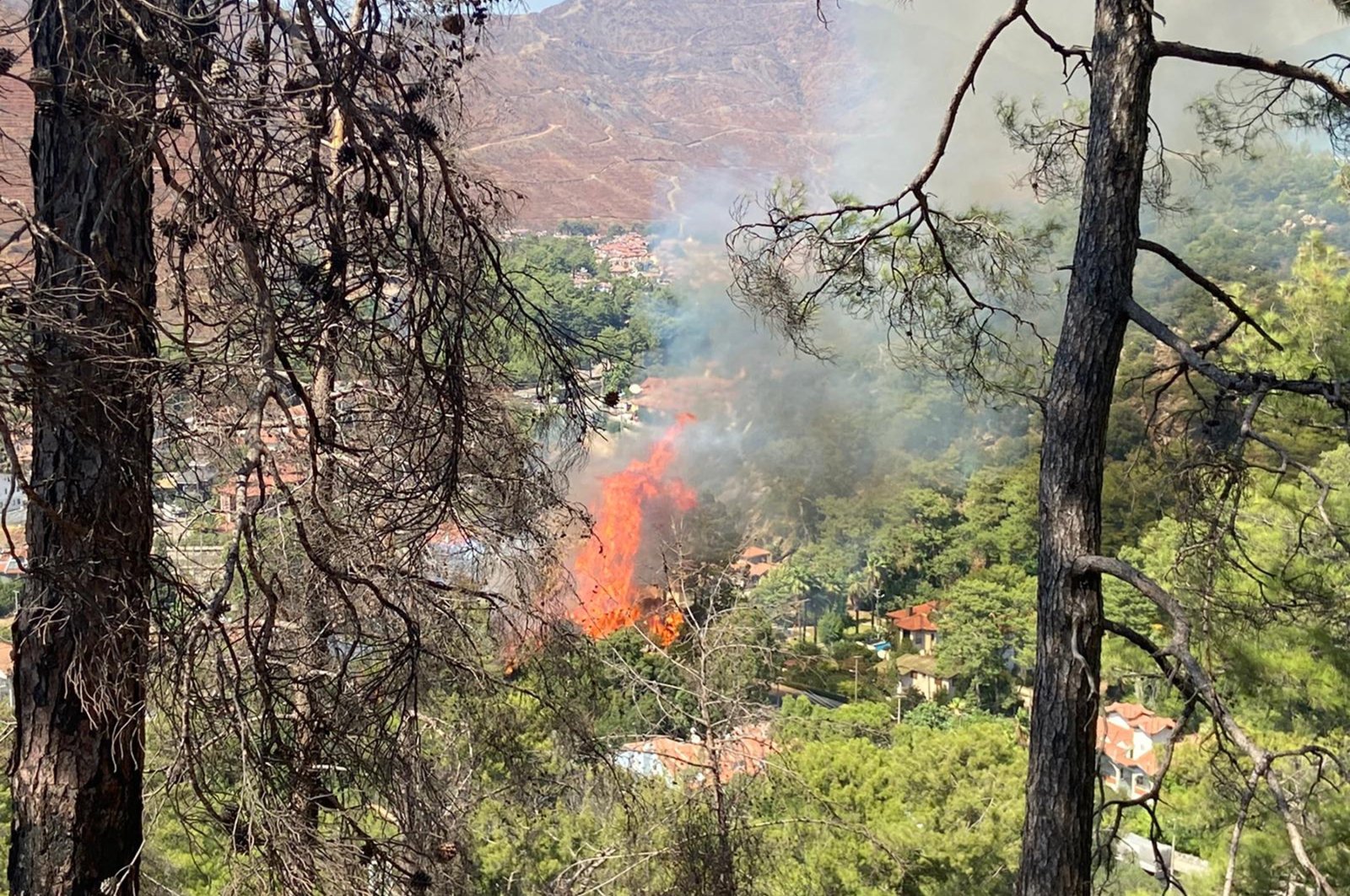 A forest fire spread toward residential areas in Marmaris, a popular resort town in southwestern Turkey’s Muğla province, on Friday. The fire coincided with the first anniversary of a devastating wildfire which was the worst in recent memory for Marmaris and near the same spot, the İçmeler neighborhood popular among British holidaymakers.

Flames surrounded a hotel next to the forest while media outlets reported that the flames damaged some parts of the building. Five firefighting helicopters and airplanes accompanied firefighters on the ground in response to the blaze.

Turkey suffered hundreds of forest fires last year, the most devastating in recent memory, particularly affecting the Mediterranean region. This year’s biggest fire so far was in Marmaris, a town in the western Mediterranean region of the country. Last month’s fire lasted for days due to strong winds and humidity in the area before firefighters, planes and helicopters extinguished the blaze that forced evacuations and affected more than 3,000 hectares of land.

The country saw 226,845 hectares of forests damaged or completely burned between 2012 and 2021, with more than 61% of this loss taking place in 2021 alone. Data from the Directorate General of Forestry (OGM) shows a total of 27,150 forest fires took place across the country in the past decade. Though last year may seem the worst in terms of the size of the forests that succumbed to the blazes, the highest number of fires occurred in 2013, at 3,755, one year before the country recorded its least fires in a decade at 2,149.