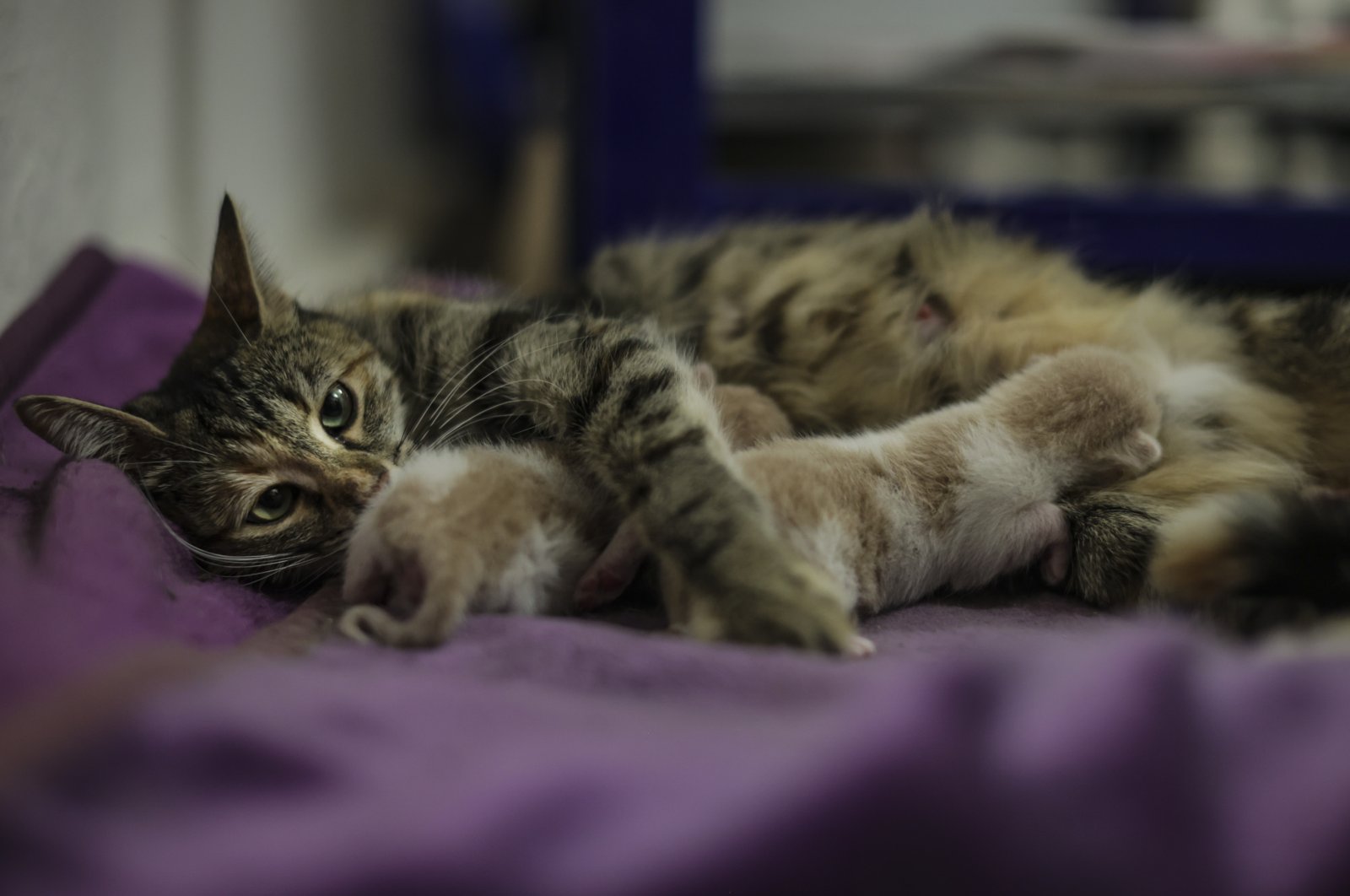 Sürmeli has the distinction of being born on the grounds of the Turkish Grand National Assembly (TBMM) and now her children will grow up in Parliament as well.

She is among the 55 cats who live in the building in the capital Ankara. Parliament, which passed a regulation recently that mandates municipalities to set up animal shelters by 2024, seeks to set an example for other public buildings in embracing stray animals.

Parliament Speaker Mustafa Şentop formed a special team to take care of the cats in the complex. The team attends to all needs of the cats, from their food to inoculation. Eleven locations were also designed at the complex for feeding the cats. Vets from Ankara University Faculty of Veterinary Medicine are enlisted for the health care needs of the cats.

In 2019, a parliamentary department in charge of security adopted “Dost,” a dog injured due to mistreatment in the western province of Isparta. During winters, parliamentary staff regularly leave food across lush green spaces outside the parliament for squirrels and other animals, while more fruit trees were planted around the complex to provide food to the birds.