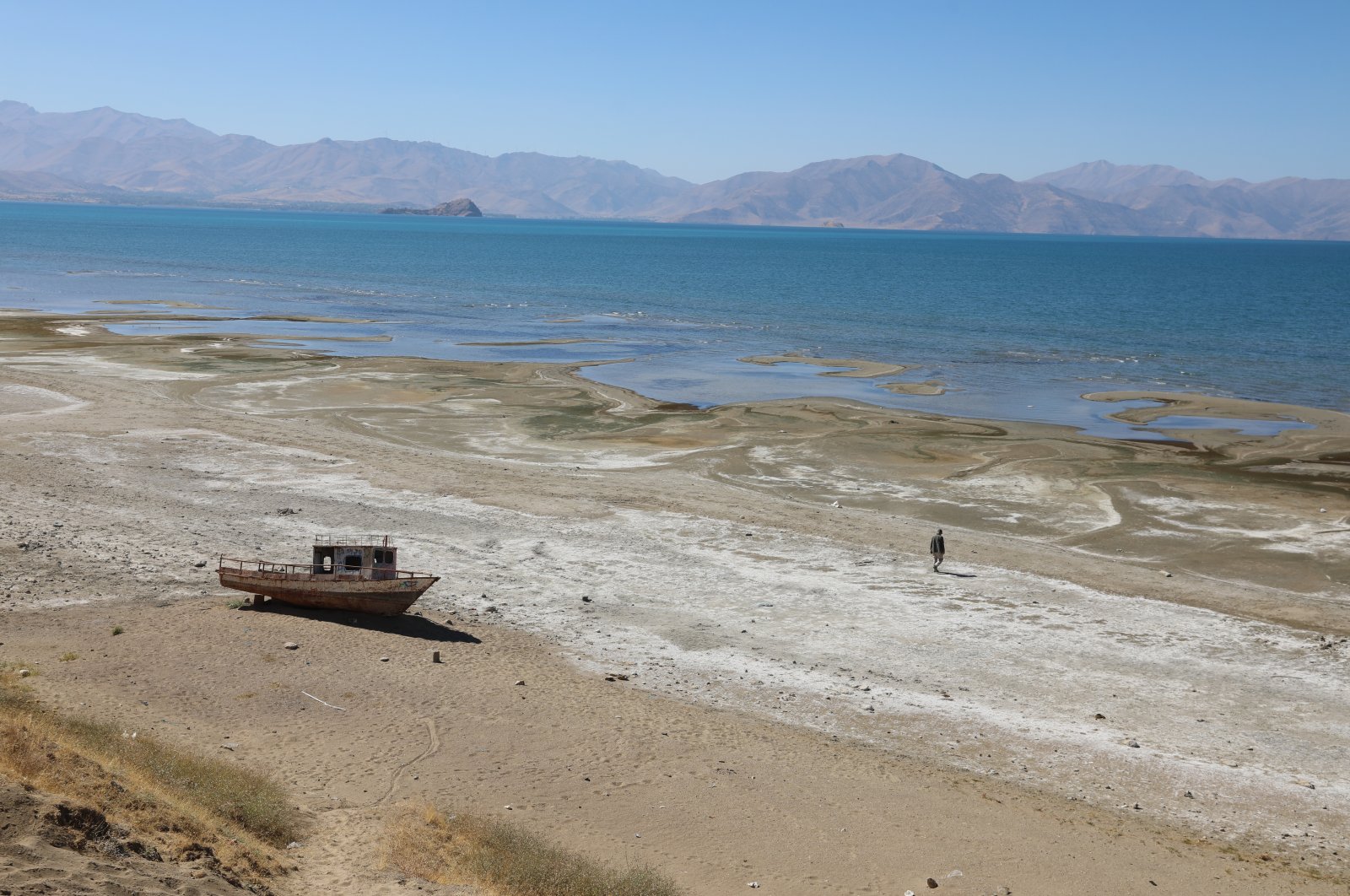 History reveals itself in Türkiye’s largest Lake Van amid drought and increasing vaporization. Ancient ports submerged centuries ago started emerging on the lake’s shores, stretching from Van to Bitlis province in eastern Türkiye.

Along with ancient structures, microbialites, sedimentary deposits resembling vertical rocks formed over thousands of years also emerged as the waters receded. Elmastaş told Anadolu Agency (AA) on Thursday that global warming’s impact manifested in the Lake Van basin. “Rise and fall in water levels used to happen from time to time but in the past couple of years, we have seen a significant drop,” he said, noting that this trend would likely continue. “Less precipitation and more vaporization contribute to the decline but our research also found excessive use of underground water, with thousands of wells drilled to drain them in the region. Some water resources feeding the lake almost dried up,” he stressed.

Lake Van and its surroundings have recently been registered as a “natural protected, sustainable conservation and controlled area” – a move that will contribute to the better protection of the basin. As part of the new regulations, construction around Lake Van will be brought under control, and the projects will be related to zoning plans implemented after being evaluated by the regional commission of the Ministry of Environment, Urbanization and Climate Change. The decision also introduced steps to prevent pollution flowing into Lake Van from streams, and the commission will also decide on the construction of low-density tourism facilities in accordance with the legislation that citizens and tourists can benefit from.

Stock-picking mutual funds are having their best year since 2007. Here’s what they are buying

Donald Trump Is No Lover of the Constitution