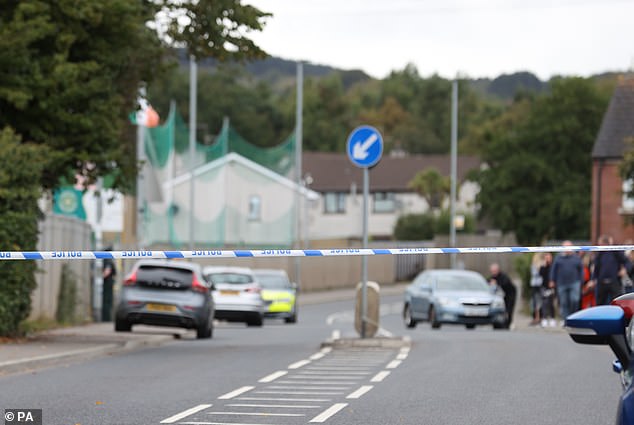 By Eirian Jane Prosser For Mailonline

A man has been shot dead after a shooting incident in West Belfast.

The victim was shot dead by two masked gunmen who reportedly walked into Donegal Celtic Social club before escaping on foot, according to the BBC and Belfast Telegraph.

Police in Northern Ireland attended the scene at Suffolk Road on Sunday afternoon.

The Police Service of Northern Ireland (PSNI) said part of Suffolk Road is closed and a number of diversions are in place.

There was a heavy police presence at the scene in the aftermath.

Two ambulances were parked within the grounds while a PSNI helicopter monitored the scene from above.

A significant number of officers are at the site, with the area cordoned off. 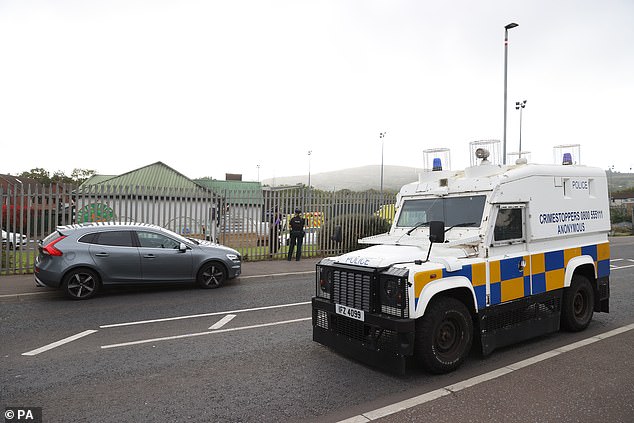 Officers from the PSNI and an armoured vehicle at the scene of a shooting at the clubhouse of Donegal Celtic Football Club, in west Belfast on Sunday 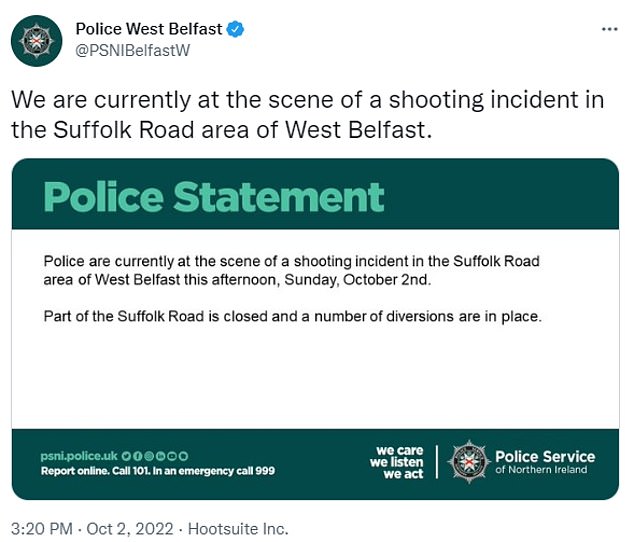 Belfast Live has reported that the Northern Ireland Ambulance Service received an emergency call at approximately 2.45pm following reports of a shooting.

Two emergency crews were sent to the incident as well as an charity air ambulance with crew on board.

A NIAS spokesperson told Belfast Live: ‘Following assessment and initial treatment, no patients were taken from the scene.’

Sinn Fein MP for West Belfast Paul Maskey said: ‘There is shock in the local community after a serious shooting incident at a west Belfast club.

‘I condemn those responsible. There is no place for guns on our streets.

‘Anyone with information on this shooting should immediately bring it forward to the police.’