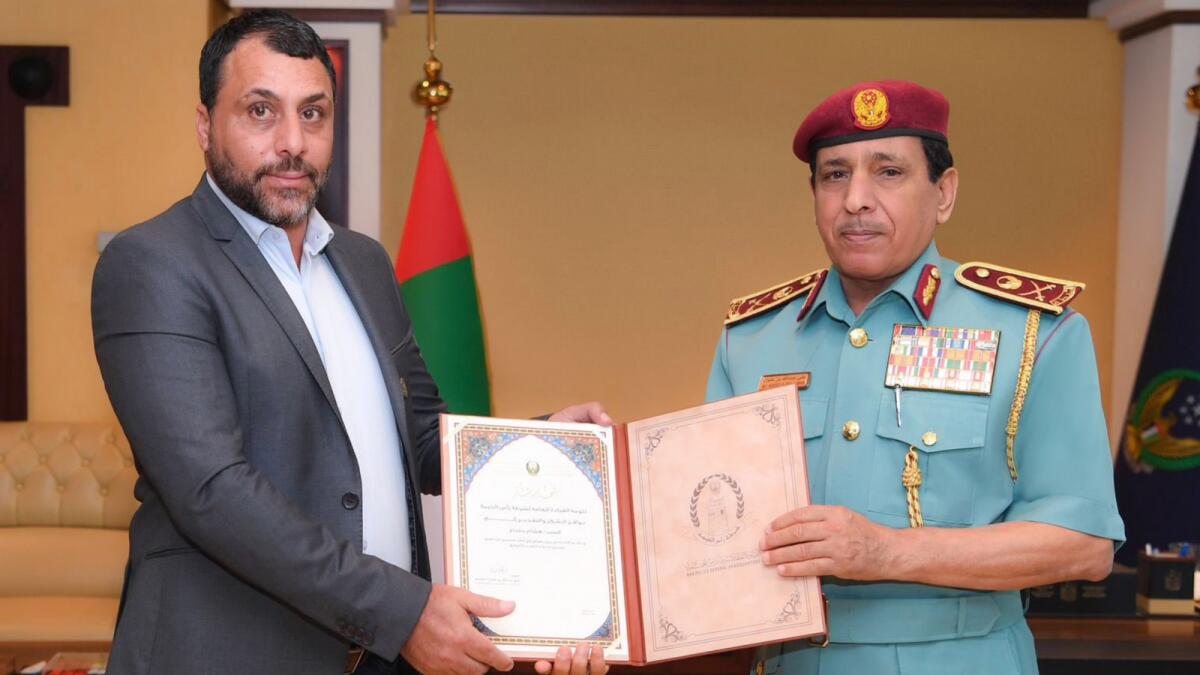 Police honour him and commend his bravery, stressing that these acts spread the spirit of love and cooperation among members of society

The Commander-in-Chief of Ras Al Khaimah Police appreciated this work of the Arab resident, who embodies an image of humanity and courage, expressing his pride in such honourable acts that spread the spirit of love and cooperation among members of society.

Major General Al Nuaimi stressed that this honour reflects the keenness of Ras Al Khaimah Police to encourage the public to follow this approach and contribute to extending a helping hand and assistance to those in need.

He said that such behaviour strengthen bridges between the public on the one hand and institutions and official bodies on the other.