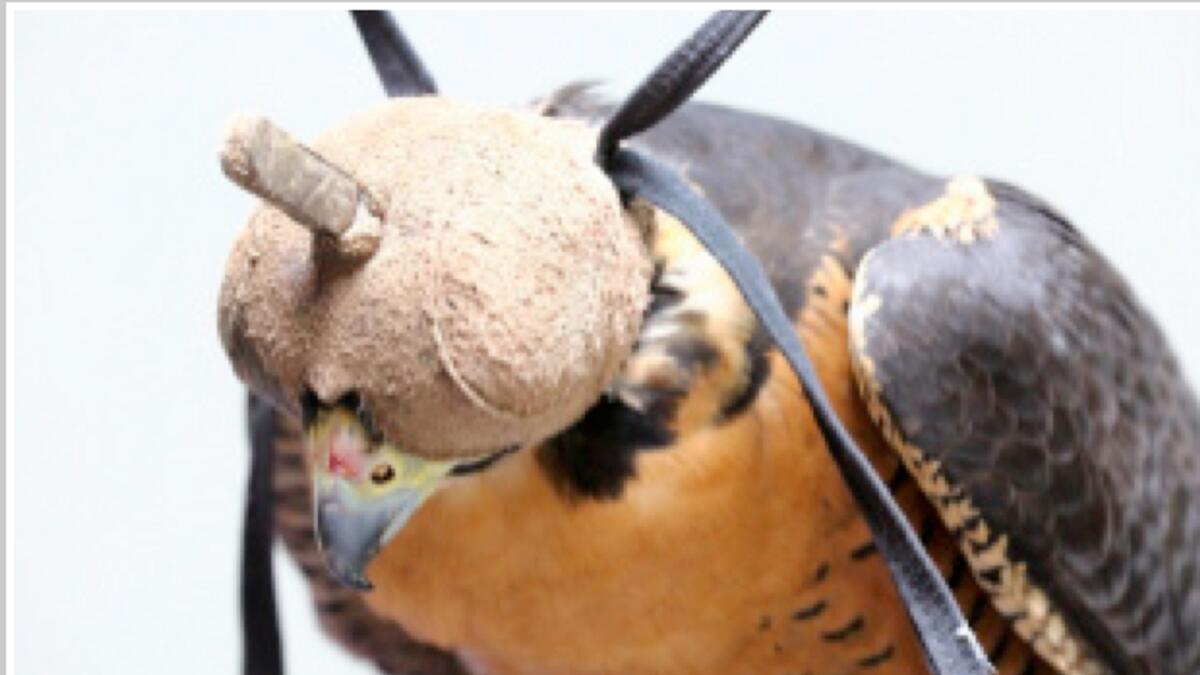 Falcons could become a model for the study of the links between genomic evolution, speciation and environmental adaption, according to a team of researchers at NYU Abu Dhabi (NYUAD), who have discovered a strong link between how a genome is structured and how a species evolves by studying the genomic architecture of Arabia’s favourite bird.

The researchers, led by postdoctoral associate and evolutionary biologist Justin Wilcox, studied several types of falcons to map the specie’s genomes and found unique evolutionary patterns in the birds.

In a new paper titled “Linked-Read Sequencing of Eight Falcons Reveals a Unique Genomic Architecture in Flux”, Wilcox and colleagues present new genomes for eight falcons and analyse how the unique genomic structure of falcons has influenced their evolution. Falcons are an ideal model for studying the process of evolution, they said, as there is an ongoing emergence of new falcon species and extreme variation in environments and habitats that falcons occupy.

Additionally, falcons have a unique genomic arrangement relative to other animals, including other birds. The researchers found that falcon genomes are now evolving in a way that is more similar to processes observed in mammals: specifically, they reported falcons as the first birds that demonstrate an evolutionary process known as AT-GC disequilibrium, which is previously only well-documented in mammals.

The team sequenced the genome of the lanner falcon for the first time in the specie’s history, in addition to producing two new genomes for gyrfalcons, three new genomes for peregrine falcons – including the first-ever reference genomes for two peregrine subspecies – and a new genome for the saker falcon and the common kestrel. Together, these species represent all the falcon species most commonly used in falconry. The new genomes are publicly available on NCBI Genbank.

Falcons are incredibly important to the culture, commerce and conservation efforts in the Middle East and North Africa region; this study’s findings suggest that falcons may also have a special role to play in illuminating how and why genetic material is organised in the way that it is.

“Falcons are unique in the speed and success with which they have spread across the globe and colonised new environments. Our findings highlight that their evolution is also unique among birds at the molecular level,” said Wilcox. “This research also leads the way for the future study of falcon genomes to improve ancestry tests and hybrid detection, genomic trait mapping and determination of genomic differences between species.”