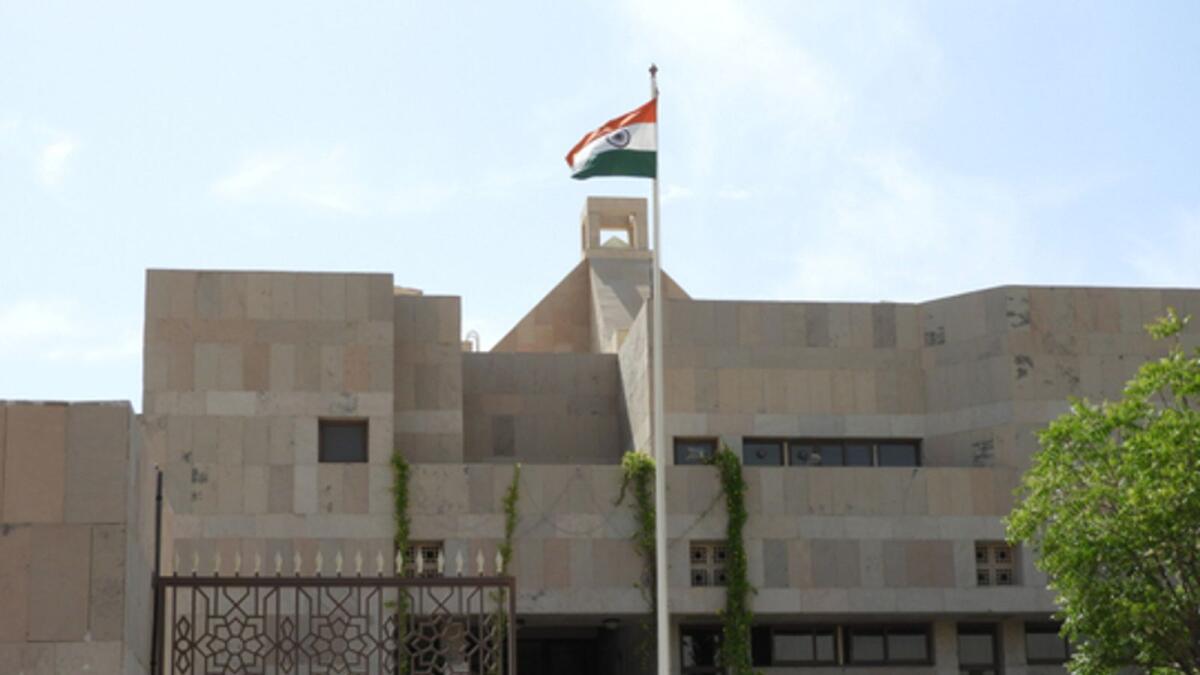 The Indian Embassy in Abu Dhabi has alerted community members about seasoned fraudsters using a fake social media handle to cheat distressed and needy people by taking money from them for help that never comes.

Exploiting the adverse impact of Covid-19 pandemic on the community, tech-savvy fraudsters actively follow and trap needy people seeking help on social media platforms like Twitter, especially their tweets tagging Indian Prime Minister Narendra Modi, Indian External Affairs Minister S. Jaishankar among other ministers. Using fake Twitter handle @embassy_help, which closely resembles an official government page, and email ID [email protected], the fraudsters allegedly seek anywhere between Rs15,000 (Dh700) to Rs40,000 (Dh1,800) from those in need of an air ticket from the UAE to India or even process visa application. Earlier in the day, the embassy issued a public advisory following which the tweets from the fake Twitter account have been protected.

The embassy has been receiving several complaints from victims and email alerts from vigilant community members who are aware about the embassy’s official Twitter handle: @IndembAbuDhabi.

“Fake social media handle has been created in the name of the embassy. When people in distress seek help on social media platforms, they generally tag Twitter handles of the Indian Prime Minister, External Affairs Minister etc. So, imposters with fake embassy IDs reach out to those innocent people seeking help and ask money to arrange their travel from the UAE to India,” the embassy spokesperson told Khaleej Times.

Instances where people have been requesting assistance include, getting dead bodies of loved ones back to India, jobless individuals looking for an air ticket, people in financial crisis looking to return home etc. Such people are asked for at least 50 per cent of the flight ticket, which is “refundable”. However, once the payment is done through Net banking there would be no response from the fraudsters. While some have been reportedly asked for additional charges too.

Apart from such cases, another issue has been where personal details have been used to defame a person or an entity.

“They ask for personal details to be sent to a fake email ID ([email protected]). Desperate people would share their details like Emirates ID, phone number, personal email ID, company etc. Then these fraudsters use those personal details to create derogatory messages in the name of the person against his/her company owners and HR staff etc. In turn, the companies take legal action against the poor people, who are already distressed and seeking help, even though the messages are being generated from fake IDs,” the spokesperson said.

Currently, the embassy has been dealing with 3-4 cases but fear more people may fall victim unless greater awareness is being created.

“Some victims are facing legal action, including lawsuits. Some have lost their jobs and others have to pay a fine. There are some active cases we are dealing with at the embassy.”

The spokesperson noted: “This is turning into a big racket. To look genuine, those running this fake twitter handle constantly retweet posts of the Indian Prime Minister and other ministries. We have been receiving regular emails on our official ID about such issues from expats who are vigilant. We are looking into the matter very seriously.”

“We want to create awareness among the public as we fear many more people may fall victim to such fraudsters. The embassy has no affiliation whatsoever with the twitter handle @embassy_help and email ID [email protected]”

“All the official email IDs, Twitter handle, Facebook ID, telephone numbers etc of the Embassy of India are mentioned on our website https://www.indembassyuae.gov.in/. All are advised to cross verify with the Embassy website thoroughly to avoid falling into the trap laid by unscrupulous elements. Kindly note that all the Indian Missions email IDs always end with domain @mea.gov.in,” the mission added.

“Beware of any communication received from entities impersonating the embassy or its officials.”