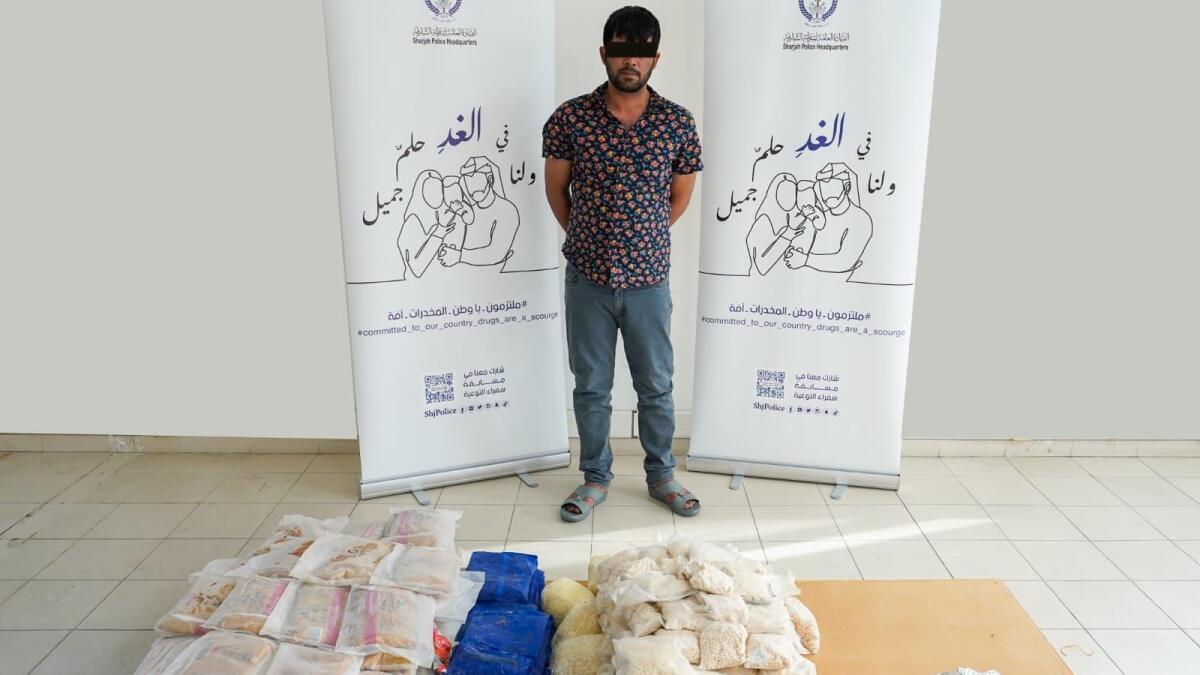 Suspect arrested in possession of 170kg of hashish, 46kg of crystal meth and 500,000 Captagon tablets

A man — believed to be part of an international drug syndicate — was caught with 216kg of narcotics, which he kept in a UAE villa, the police said on Thursday.

The Sharjah Police, along with teams from Abu Dhabi and Umm Al Quwain, had been tracking the movement of this suspect since they received a tip about a gang that sought to smuggle and sell illegal drugs in the country.

“A special task force was immediately formed and an operation called ‘Big Hunt’ was launched. The team managed to identify the main recipient of the drug shipment,” said Lt-Col Majed Al Asam, director of the Anti-Narcotics Department at the Sharjah Police.

The suspect — placed under round-the-clock surveillance — was found to have received the shipment on a beach in Sharjah. He then took it to a villa in a neighbouring emirate, the officer said.

As the police raided his residence, packets of various narcotics were recovered.

Upon his arrest, the suspect said the drugs belonged to four gangs. Investigations are now under way to identify the rest of the syndicate, the police said.

Lt-Col Al Asam hailed the anti-narcotics teams who are always ready to chase after these smugglers.

“The Sharjah Police exert every effort to foil such smuggling attempts and ensure the security of the community,” he said.

The officer also praised how police teams from across the country are working together to fight illegal drugs.

The Sharjah Police call on the public to report any suspicious activities in their area. They may call 8004654, or e-mail [email protected]