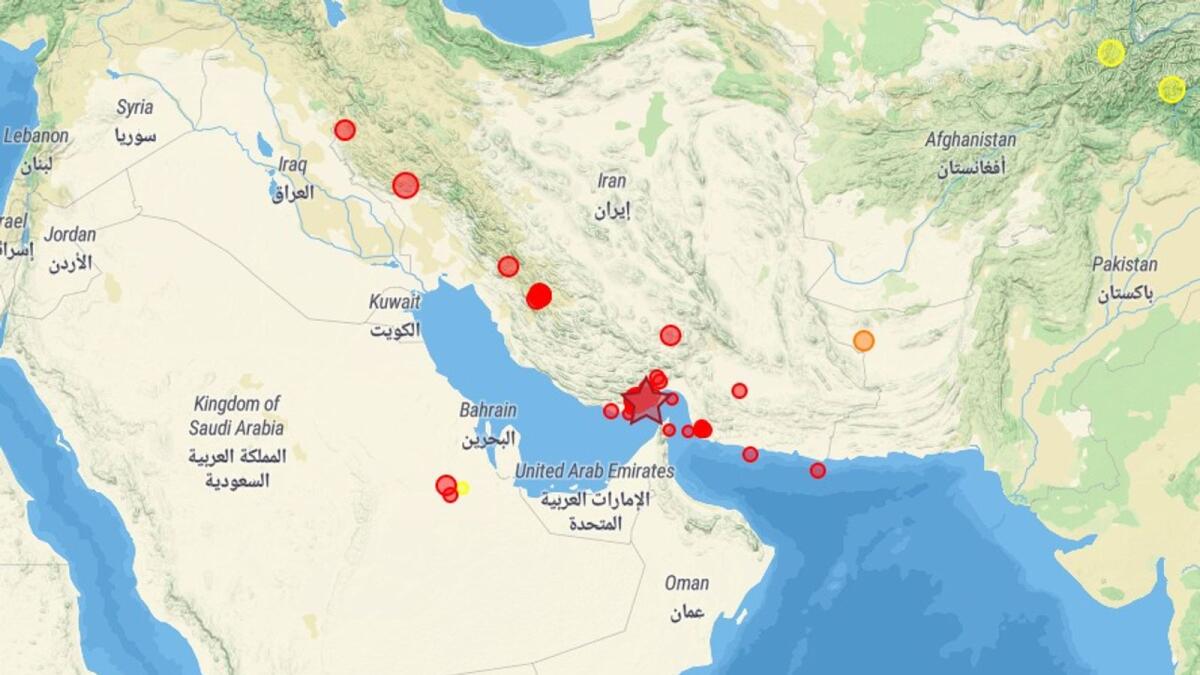 The earthquake was recorded at around 7pm today, says NCM

A 5.8-magnitude earthquake was recorded in southern Iran today at 7.17pm, UAE time, according to the UAE’s National Centre of Meteorology (NCM).

The NCM has confirmed it was “slightly felt by residents without any effect in the UAE”.

A number of residents in Dubai have reportedly felt tremors, according to tweets.

A Netizen that uses the handle @joshdoit8 wrote: “I actually thought it was just my brain malfunctioning again. but when I saw my lights moving like this, it’s confirmed I am experiencing my second earthquake tremors in Dubai.”

@ashshanuferns added: “Yes I just felt it. Whoa. It was a 5 sec tremor in Dubai #earthquake”