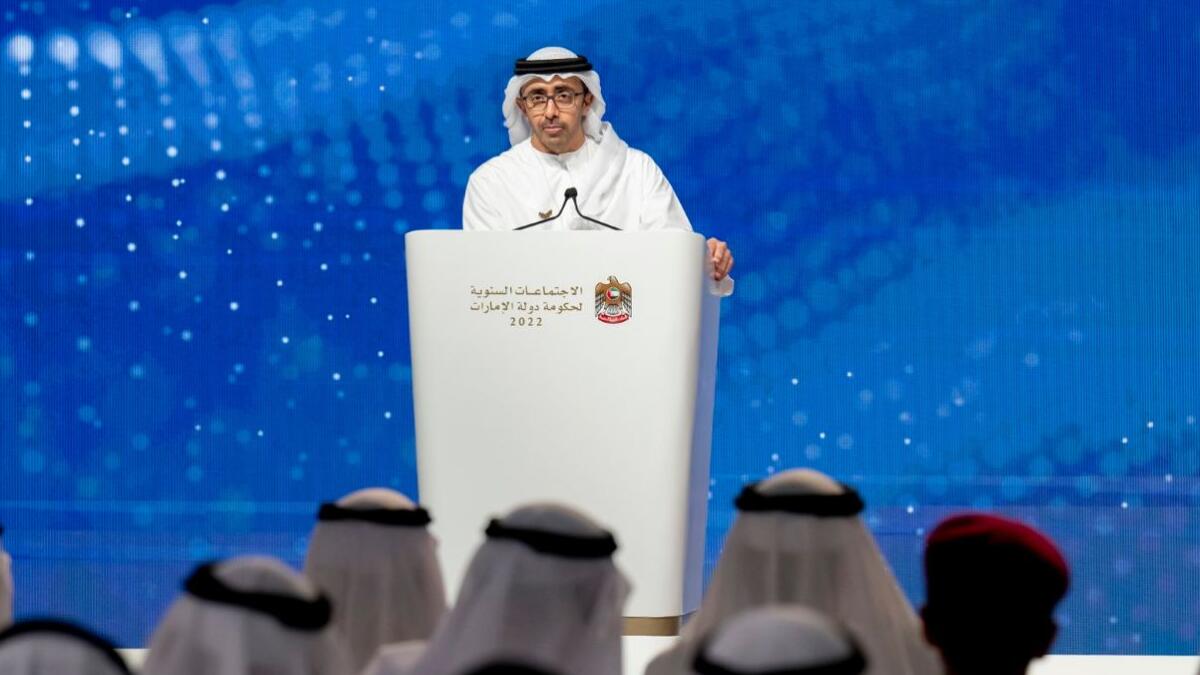 “I send my children to study in government schools and I will monitor their development. What is unacceptable for me when it comes to the education of my own children, I will not accept for the children of the UAE.”

These words were spoken by Sheikh Abdullah bin Zayed Al Nahyan, Minister of Foreign Affairs and International Cooperation and Chairman of the Education and Human Resources Council during a session discussing the future of education at the Government Annual Meetings held on Wednesday.

The speech went viral on social media, with netizens discussing the minister’s words and praising them across platforms.

“A respectable country in every sense of the word,” said one Twitter user, @elaref_mohamed.

People have lauded Sheikh Abdullah’s decision and commitment toward the country. @Aakeeda said, “We trust you and trust that our children in your care are just like yours and even more. Your words will be the base of all the work which will be put into developing the UAE education sector.”

On Wednesday, The President, His Highness Sheikh Mohamed bin Zayed Al Nahyan, tweeted that he attended the session and said that the sector remains “one of our key strategic priorities.”

“By harnessing innovation and investing in our people, the UAE’s journey of progress will continue,” Sheikh Mohamed tweeted.

During the session, Sheikh Abdullah said that enhancing the future of the UAE and its competitiveness in various fields is part of the strategic direction of the education sector, the Emirates News Agency (WAM) reported.

He emphasised the importance of creating a generation aware and empowered with knowledge and skills to support the national economy and meet the country’s aspirations.

Sheikh Abdullah said that all elements in the education sector are collaborating to fulfil the country’s vision. “In this current phase, we aim to develop the educational system so that it is in line with our national aspirations,” he said.

The Ministry of Education was directed to focus on the legislative and regulatory role of the sector and to improve the educational curriculum and the outputs of higher education, Sheikh Abdullah said. “We also directed the Emirates Foundation for School Education to improve government schools and the educational environment for our students and educational staff,” he added.

He called on all segments of society – teachers, school leaders, parents, students, youth and those working in the government and private sectors to be partners in the development of the future of education in the country.

Sheikh Abdullah emphasized that the UAE has made great strides in literacy, adding that it went from “an average of 50% in 1971 to 95% today, which is one of the highest rates in the world. Today we have 1404 public and private schools in all emirates, teaching 23 curricula. There are 1,346,000 students who come from more than 200 countries.”