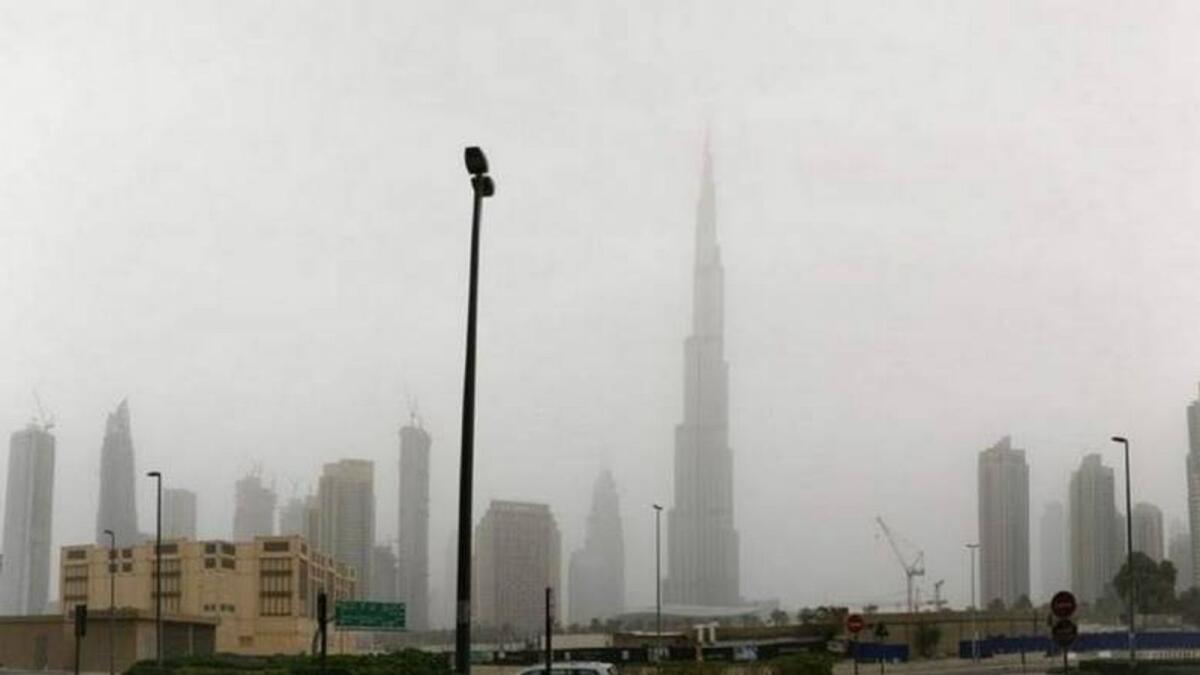 A fog alert has also been issued

The day will be dusty and partly cloudy at times, the National Centre of Meteorology has said.

Some clouds will appear eastward and may be convective by afternoon.

There is a possibility of fog with deterioration in horizontal visibility, which may drop even further at times over some coastal and internal areas until 08.30am.

Temperatures are expected to drop, offering residents some respite from the heat. The highest temperature in Dubai will be 41ºC, and in Abu Dhabi will be 38ºC.

Humidity levels are expected to increase by night and tomorrow morning with a probability of mist or fog formation.

Light to moderate winds will blow, freshening at times during the day. This may cause blowing and suspended dust and sand.