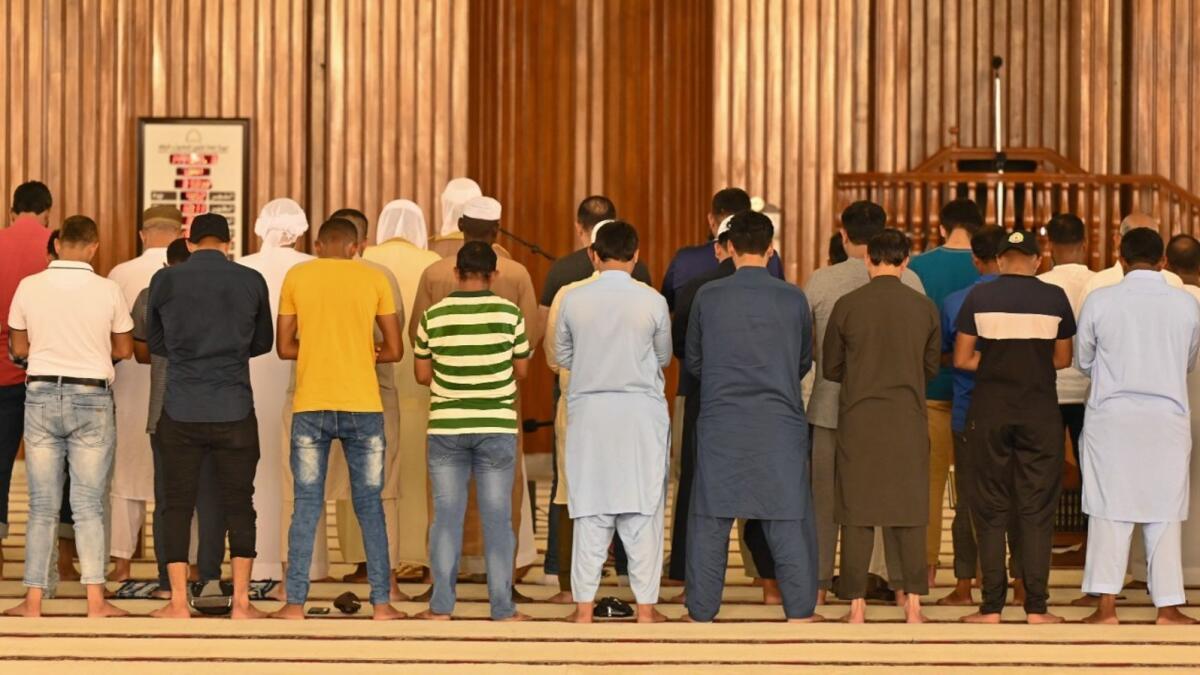 In a virtual media briefing held on Monday, authorities announced the easing of restrictions in mosques, but with a few still left in place

Scenes at the mosques for the Fajr prayer were quite different today compared to the last two and half years.

In a virtual media briefing held on Monday, authorities eased restrictions in mosques, with a few restrictions left in place.

With bright smiles on their faces hidden behind masks, prayer mats, and beads in hand, residents walked toward the mosques to welcome the practice of praying in the congregation with no gaps. When the pandemic hit in early 2020, prayers were restricted in mosques, and residents were advised to continue their prayers at home. The religious duties were then resumed for Friday prayers in the mosques after a gap of 8 months, maintaining social distancing, carrying own prayer mat, and stringent mask rules. In September last year, the physical distance between the worshippers was reduced from two metres to 1.5 metres, and further reduced to one meter in February this year.

“It is a piece of great news for all of us. A wave of true happiness spread among the worshippers as they had been waiting for this moment for quite a long time,” said Dr Abdul Hameed Zafar, imam at a mosque in International City.

However, in life-and-death situation, the shariah ruling can be elevated or changed, said Sheikh Ayaz Housee, resident imam of NGS & Khateeb at Al Manar Islamic Centre.

“The social distancing between the worshippers was introduced for a concrete reason, and we are all aware of that, which is evidently to safeguard our health,” added Sheikh Housee.

The scholars also mentioned that worshippers who carried out their religious duties outside the mosques in the heat out of necessity would surely be rewarded for the challenging times they faced.

Sense of belonging among worshippers

Saad Aqueel, had come along with his neighbours to offer the early morning prayers at a mosque in Barsha Heights. “I always felt something missing while praying, this will firmly bring back the sense of belonging among the brothers irrespective of everything,” said Aqueel.

Mujeebur Rahman, another worshipper said: “When social distancing in mosques started, I found it strange, but now the feeling is the same as the old times,” said Rahman.

As soon as the worshippers performed Taslim (the concluding portion of the prayer), they were seen shaking hands and embracing each other in contentment.