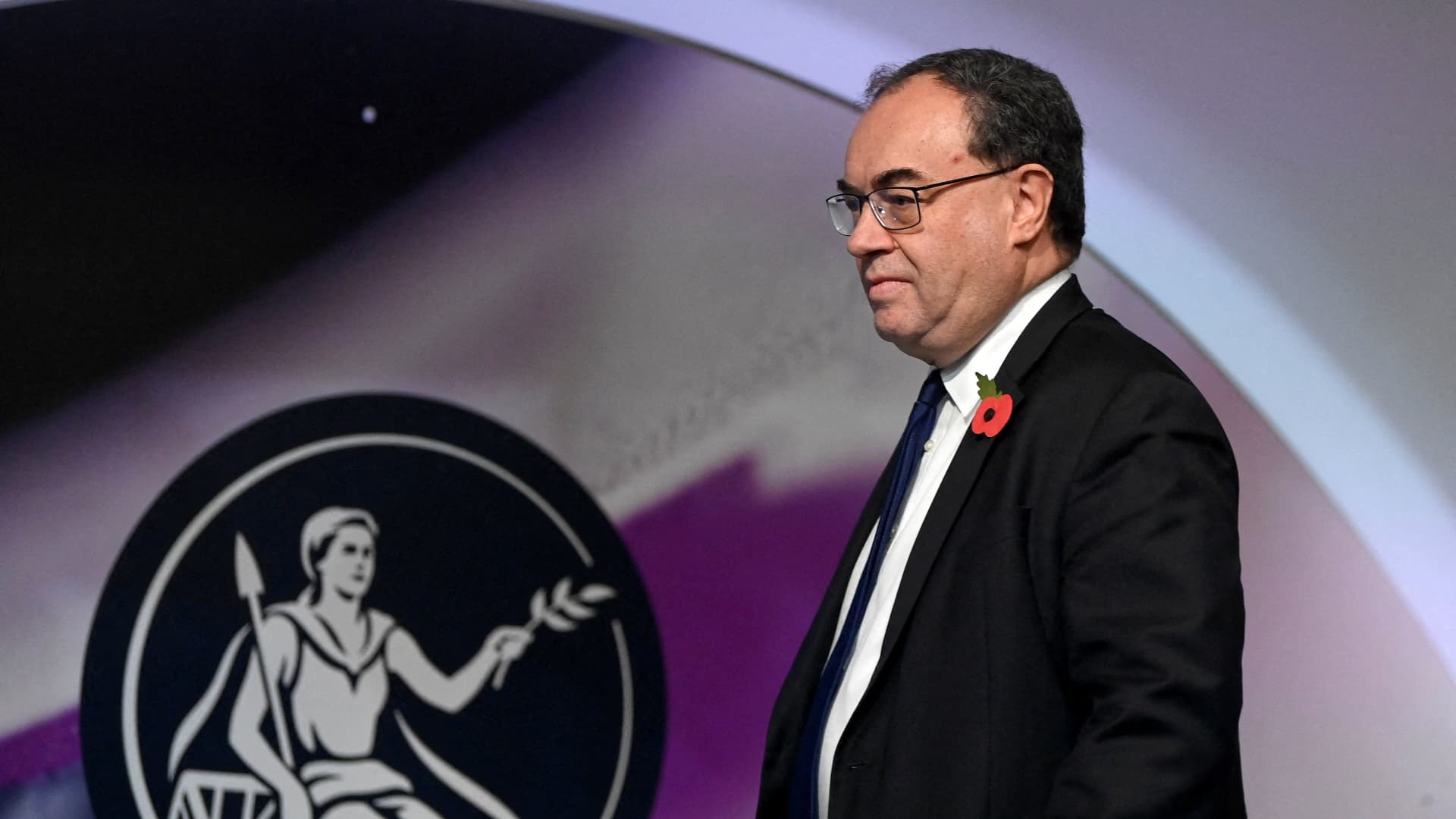 The Bank of England hiked its benchmark interest rate by an historic 75 basis points Thursday — its largest increase since 1989.

LONDON — The Bank of England warned Thursday that the U.K. is facing its longest recession since records began, with the economic downturn expected to extend well into 2024.

The central bank described the outlook for Britain’s economy as “very challenging,” noting that unemployment would likely double to 6.5% during the country’s two-year slump.

U.K. GDP is projected to decline by around 0.75% over the second half of 2022, reflecting the squeeze on real incomes from surging energy and tradable goods prices, the Bank said.

Growth is projected to continue to fall throughout 2023 and the first half of 2024, as “high energy prices and tighter financial conditions weigh on spending,” it added.

The forecast, outlined at the Bank’s Monetary Policy Committee meeting Thursday, would constitute the country’s longest — though not deepest — recession since the 1920s when reliable records began.

At its meeting in August, the Bank had predicted the U.K. was facing its longest recession since the global financial crisis, lasting five quarters to the end of 2023.

The projections come as the BOE raised its benchmark interest rate by a historic 75 basis points Thursday — its largest increase since 1989. The MPC voted 7-2 in favor of the decision, taking baseline borrowing costs from 2.25% to 3%.

The eighth consecutive rate hike marks the central bank’s continued efforts to tame rampant U.K. inflation, which hit a 40-year high of 10.1% in September, and edge costs down toward its 2% target.

Governor Andrew Bailey told CNBC that the U.K.’s tight labor market continues to pose a major inflationary pressure, even as the Bank sees price rises dipping below 10% in the second quarter of 2023.

We have one of the largest upside risks to inflation in our forecast that we’ve had in the 25-year history of the MPC.

“We have inflation coming back down to target; and going below target actually. But we have one of the largest upside risks to inflation in our forecast that we’ve had in the 25-year history of the MPC,” Bailey told CNBC’s Joumanna Bercetche.

“A lot of that has to do with the tightness of the U.K. labor market,” he continued. “The U.K. labor force has shrunk since immediately before Covid, so there are risks.”

Even still, the Bank struck a dovish note against the backdrop of weakening economic growth and shifting fiscal policy, noting that future rate increases would likely to be less aggressive than expected.

“Should the economy evolve broadly in line with the latest Monetary Policy Report projections, further increases in Bank Rate may be required for a sustainable return of inflation to target, albeit to a peak lower than priced into financial markets,” the MPC said.

Reacting to the UK’s financial fallout

The BOE’s forecasts are especially hard to piece together given the government’s as yet unclear fiscal strategy, more details on which are set to be announced on Nov. 17. 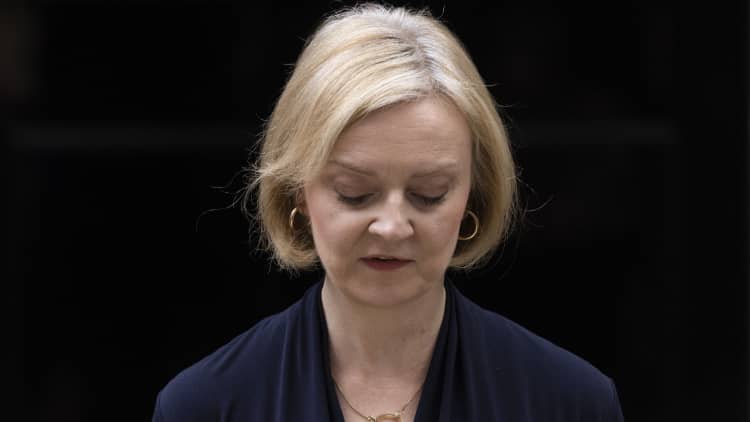 With recently installed Prime Minister Rishi Sunak now in office, and Finance Minister Jeremy Hunt having walked back most of his predecessor’s proposed tax cuts, fiscal and monetary policy no longer seem to be pulling in opposite directions.

As such, Bailey said he believes that related market risks have now laregly subsided. However, he added that the incident highlighted the need for greater regulatory oversight of the shadow banking industry.

“I think we have dealt with that now, that particular issue. But I think it does point to a whole part of the landscape — the non-bank finance world — which we’ve got to have, globally, much more effective scrutiny of,” Bailey said.

“We’ve had a number of what we might call ‘incidents’ in that world, and it certainly dominates discussion of global financial stability. In terms of surveillance of the landscape, I would say the alert level is pretty high at the moment because we have had a few, quite striking incidents.”