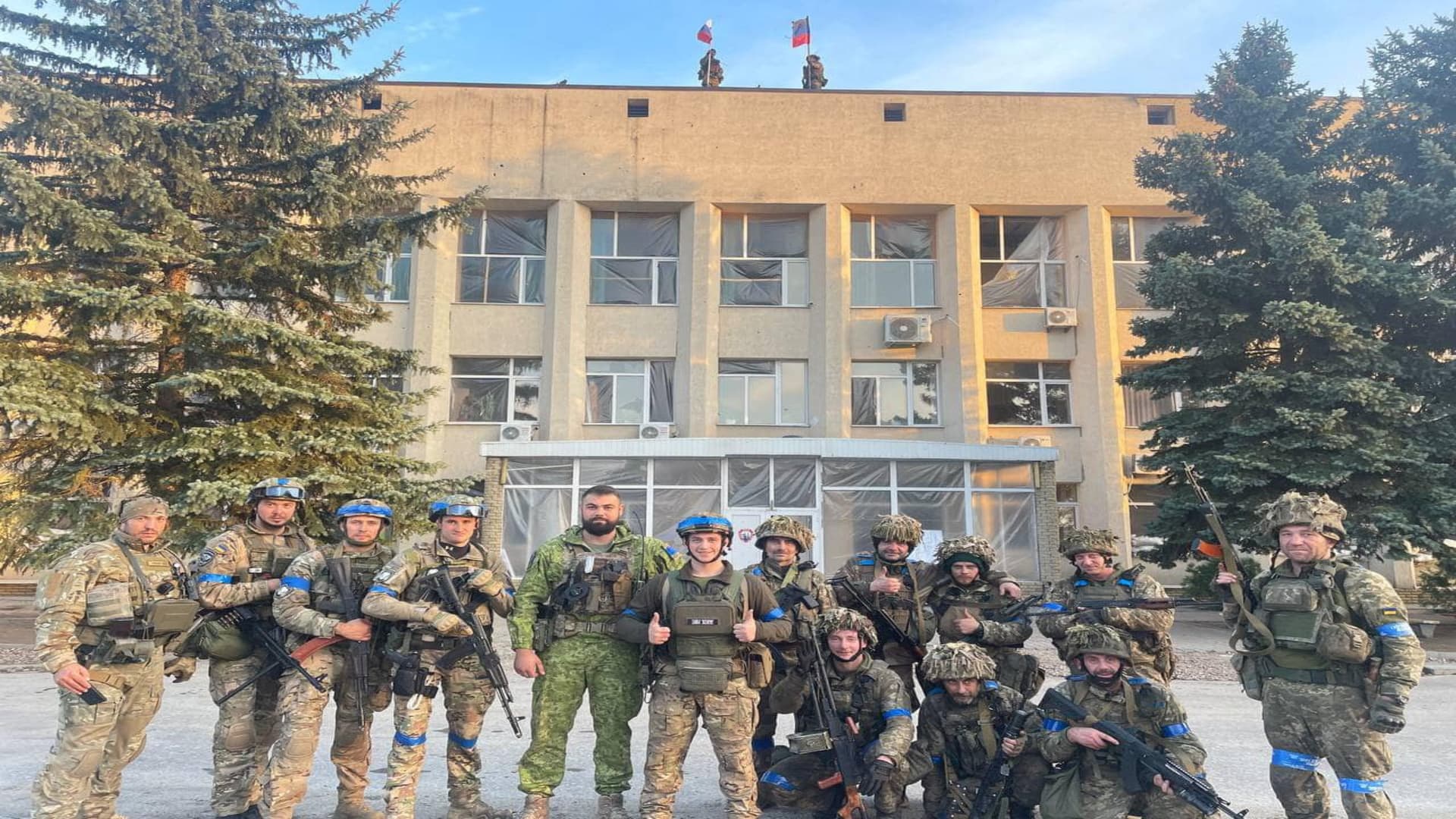 Ukrainian troops pose for a photo in Lyman, Ukraine in this picture released in social media October 1, 2022.

Ukraine said on Sunday it was in full control of the eastern logistics hub of Lyman, Kyiv’s most significant battlefield gain in weeks, which a senior official said could provide a staging post for further gains to the east.

“As of 1230 (0930 GMT), Lyman is fully cleared,” Ukrainian President Volodymyr Zelenskyy said in a short video clip on his Telegram channel.

There was no comment from the Russian armed forces on Sunday on the status of the city. The Russian defense ministry said on Saturday it was pulling troops out of the area “in connection with the creation of a threat of encirclement.”

The latest stinging setback for Russian President Vladimir Putin came after he proclaimed the annexation of four regions covering nearly a fifth of Ukraine on Friday, an area that includes Lyman.

Kyiv and the West have condemned the proclamation as an illegitimate farce.

Russian forces captured Lyman from Ukraine in May and had used it as a logistics and transport hub for its operations in the north of the Donetsk region. Losing it is Russia’s largest battlefield loss since Ukraine’s lightning counteroffensive in the northeastern Kharkiv region last month.

Serhiy Gaidai, governor of the Luhansk region that neighbors Donetsk, said control over Lyman could help Ukraine reclaim lost territory in his region, whose full capture Moscow announced in early July after weeks of grinding advances.

“The liberation of this city in the Donetsk region is one of the key factors for the further de-occupation of the Luhansk region,” Gaidai wrote on the Telegram messaging app on Sunday.

Zelenskyy on Saturday promised more quick successes in the Donbas, which covers the Donetsk and Luhansk regions that are largely under Russian control.

“Over the past week, the number of Ukrainian flags in Donbas has increased. There will be even more a week’s time,” Zelenskyy said in an evening address.

The areas Putin claimed as annexed — the Donbas regions and the southern regions of Kherson and Zaporizhzhia — form a swath of territory equal to about 18% of Ukraine’s total surface land area.

The battlefield setbacks have triggered a fresh wave of criticism within Russia of how its military operation is being handled.

Putin ally Ramzan Kadyrov, the leader of Russia’s southern Chechnya region, on Saturday called for a change of strategy “right up to the declaration of martial law in the border areas and the use of low-yield nuclear weapons.”

Other top officials, including former President Dmitry Medvedev, have suggested Russia may need to resort to nuclear weapons, but Kadyrov’s call was the most urgent and explicit.

Washington says it would respond decisively to any use of nuclear weapons.

Austin noted that Lyman was positioned across supply lines that Russia has used to push its troops and materiel down to the south and to the west, as the Kremlin presses its more than seven-month-long invasion of Ukraine.

“Without those routes, it will be more difficult. So it presents a sort of a dilemma for the Russians going forward.”