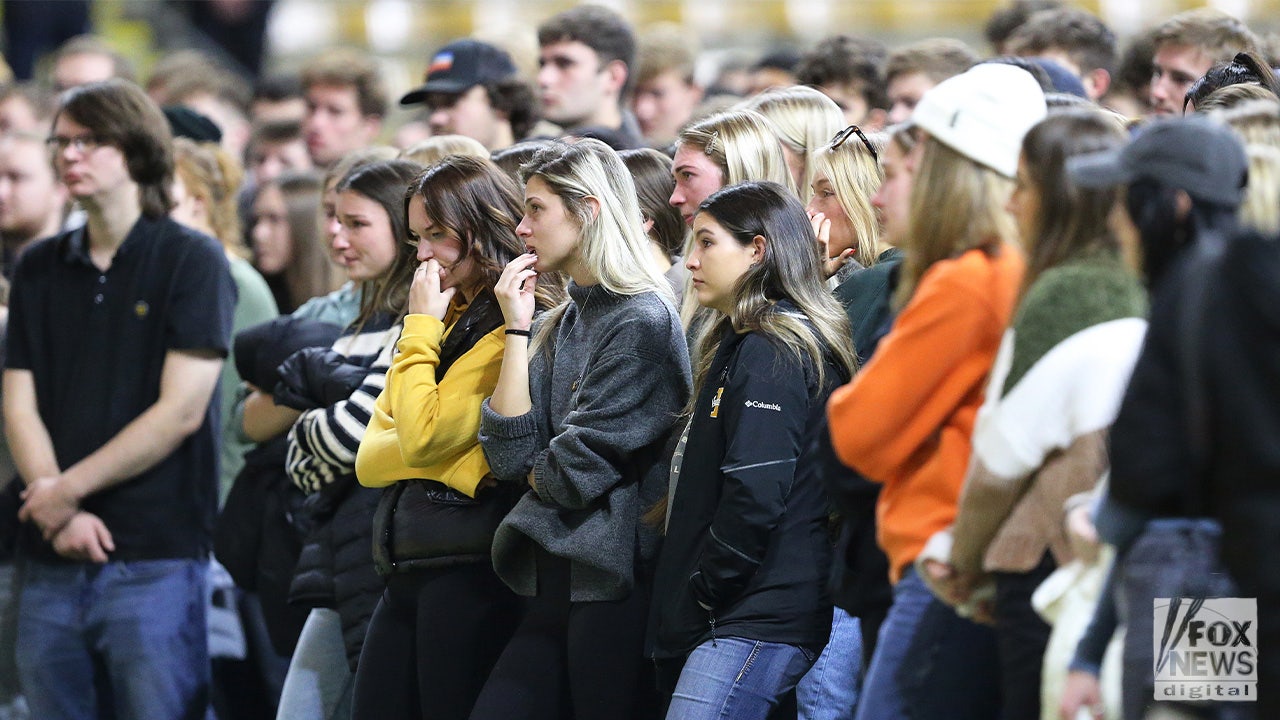 MOSCOW, Idaho – Thousands of people gathered at the University of Idaho in Moscow on Wednesday night to pay tribute to the four students who were killed on Nov. 13.

Ethan Chapin, 20; Xana Kernodle, 20; Madison Mogen, 21; and Kaylee Goncalves, 21, all University of Idaho students, were stabbed to death likely while sleeping on Nov. 13 between 3 and 4 a.m. in a Moscow, Idaho, home on King Road near the college campus, according to police.

The attacker used a “fixed-blade knife” to kill the victims, police said, adding that a suspect hasn’t been identified as of Wednesday.

Several families of the victims spoke at the vigil, which concluded with a moment of silence for each person killed in the attack.

Steve Goncalves, the father of Kaylee, spoke at the vigil and said that “we lost four beautiful souls.”

He said that Kaylee and Mogen have been best friends since sixth grade and did everything together.

Their friendship continued into college, where Goncalves said that the two got an apartment together “and in the end that they died together in the same room, in the same bed.”

“It’s a shame and it hurts. But the beauty of the two always being together is something that will well, it comforts us. It lets us know that they were with their best friends in the whole world. It’s like a book,” Goncalves said.

Stacy Chapin, mother of Ethan, said that while she can’t change what has transpired over the past several weeks, she wants to “share Ethan’s legacy.”

“So this is where we choose to focus our energy because we are now Ethan’s voice. What I want you to know is that our family is no different than most all or probably all of your families,” Chapin said. “We are eternally grateful that we spent so much time with him.”

Chapin told the audience to “spend as much time as possible” with family, adding that “time is precious and it’s something you can’t get back.”

Ben Mogen, father of Madison, said that he would always brag about his daughter when speaking to other people.

“When I would meet people ever since she was first born, when I meet people, I this they say tell me about yourself,” Mogen said. “The first thing I’d say is, well, I have this daughter and she’s, you know, here’s a picture of her. She’s on the dean’s list… and she works hard, and she has all these great friends, the sorority.”

“I just would tell them all about Maddie,” he said.

University of Idaho President Scott Green said that the losses “weigh especially heavy on our many on many in our university.”

Flowers at an improvised memorial at the University of Idaho in Moscow, Idaho Monday, November 21, 2022, for four of its students who were slain on November 13.
(Derek Shook for Fox News Digital)

Susan Ellis attended the vigil on Wednesday and told Fox News Digital that there’s a sense of fear in the community after the four students were killed.

“Now we lock our doors. Now, you know, we make sure we know who’s walking beside us,” Ellis said. “People are talking about it among themselves, you know, just trying to grapple with where do we go from here? We’re not the innocent community that we used to be.”