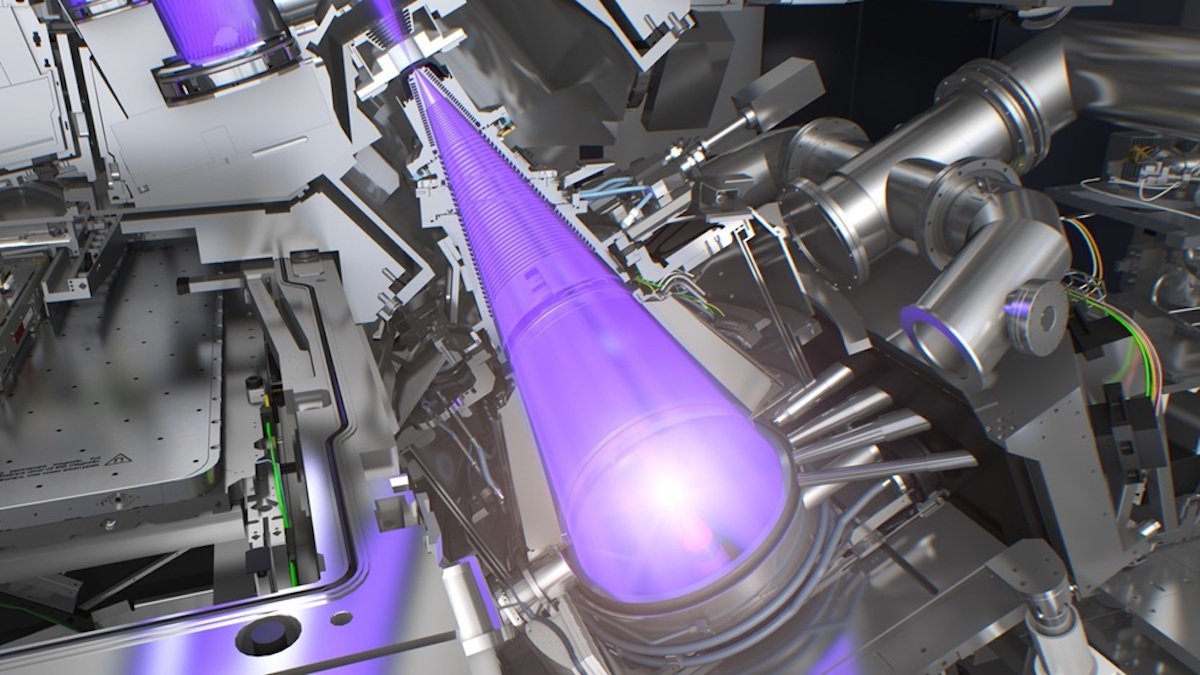 NEW YORK – What if they had a tech war and nobody came? This updated version of a meme from the 1960s Vietnam War protests may well apply to America’s most drastic trade restrictions against a rival since the Cold War.

The world’s top player in semiconductor technology, Holland’s ASML, has opposed high-profile US demands to stop selling its machines to China, and there’s no indication the Dutch government is ready to yield to Washington. Indeed some media reports have interpreted a statement by the Dutch trade minister as a rejection.

The Dutch likely will continue to sell it to China despite American demands to stop. Chinese companies aver that they can work around American restrictions. Meanwhile, South Korean chip producers are selling their newest chips to China; and America’s beleaguered semiconductor equipment manufacturers are devising ways to get under the US Commerce Department’s new rules, announced October 6.

“It is important that we defend our own interests — our national safety, but also our economic interests,” Trade Minister Liesje Schreinemacher said November 23 at the Dutch parliament.

Senior US officials will travel to the Netherlands later this month to lobby the Dutch on China, but there are indications that the Dutch government has already made its decision.

Japanese companies including Tokyo Electron, Canon and Nikon also sell equipment to China. The Japanese government hasn’t given a straight answer to Washington’s demands to stop shipments to China, which buys about 20% of Japan’s chipmaking machines.

But Japan’s Establishment is “sick and tired of the decoupling with China imposed by the US,” Nikkei Asia chief editor Shigesaburo Okumara reported from the Trilateral Commission meeting in Tokyo last weekend. The Trilateral Commission has distilled elite corporate and diplomatic opinion in the fifty years of its existence. Nikkei’s Okumara wrote:

Many of the participants seemed sick and tired of the decoupling with China imposed by the US under the name of “democracy versus autocracy” dualism. Some of them worried about the arbitrary and unpredictable nature of trade sanctions and their implementation by the US.

It’s not simply anti-Americanism. In fact, most of the participants had attended higher education in the US, and they really have strong attachment to such American values as liberty and justice.

Still, their anxiety over the confrontation between the two strongest hegemonic nations is serious, and they firmly believe that their arguments and views should be heard by their American and European counterparts. Multiple members stressed that Chinese participation was indispensable if the commission is to deal effectively with global issues.

After some last-minute scrambling, the Commerce Department gave the Koreans a one-year reprieve on restrictions on China. Samsung is making the most of it, promising to deliver three-nanometer chips to China’s Baidu among other customers.

Baidu, one of China’s top technology firms, told investors November 22 that it isn’t worried about US restrictions in any event.

Baidu’s AI Cloud chief Dou Shen said on a November 22 earnings call, “A large portion of our AI Cloud business and even wider AI business does not rely too much on the highly advanced chips. And secondly, you know, for the part of our businesses that need advanced chips, we have already stocked enough in hand, actually, to support our business in the near term.”

Shen added, “When we look at it at a mid-to-longer term, we actually have our own developed AI chip, so named Kunlun. Actually, we already started to use the Kunlun chip to support some large-scale AI-computing tasks internally. We also use Kunlun to serve external customers already. So, because we have a full stack of AI capabilities from chips to AI frameworks to foundation models and then to application software, so we can achieve much higher efficiency as we optimize the AI tasks from end to end.”

The Baidu executive concluded, “Chips sales restriction should have a limited impact on our business operations in the near term. Instead, we think it creates some good market opportunities for the Chinese chip companies. And our Kunlun AI chips and our AI business will eventually benefit from these opportunities.”

An American semiconductor industry expert told Asia Times, “The US government is run by people who have no idea how the industry works. You don’t need five-nanometer chips for industrial applications. A 5G handset has to process a lot of data and uses a lot of power, so the new chips are important. But what counts in an industrial process isn’t the speed of the chip as much as the quality of the software and the systems design.”

US manufacturers meanwhile are designing chips for sale to China that squeak in under the Commerce Department’s designated threshold. Nvidia on November 7 announced that it would sell an AI processor to China with the same functionality as its state-of-the-art processors but a reduced clock speed.

A Boston Consulting Group study done this year estimated that a complete ban on semiconductor sales to chip would cost US producers 37% of their revenues.

The Commerce Department’s October 6 rules were pushed through without consulting the industry, to prevent corporate lobbyists from mitigating them. But the industry has considerable resources to deploy. An industry expert told Asia Times that the major firms would find more loopholes like Nvidia’s to continue trading with China.