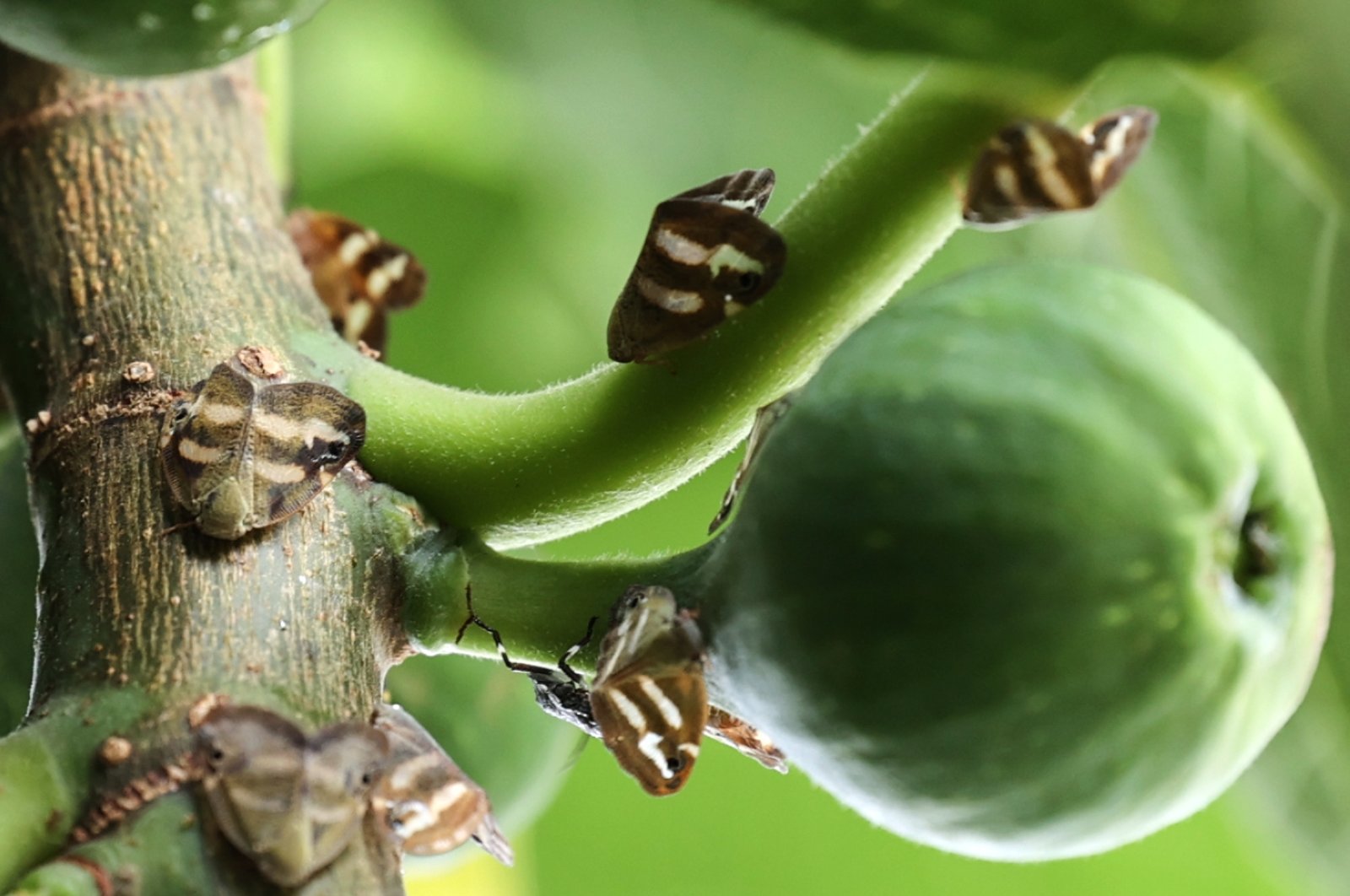 More and more invasive species, from fish to insects, have been frequently sighted in Türkiye in recent years. A subspecies of planthoppers colloquially known as “vampire butterflies” joined this disturbing trend.

Though their name may imply danger to humans, the insects are harmless, except for plants, experts say. Istanbul’s Beykoz on the northern Asian side of the metropolis, neighboring the Bosporus and the Black Sea, is particularly affected by the planthoppers ubiquitous on trees, crops and residential areas.

“I can’t go outside, can’t sit on the balcony,” Selma Kütükçü, a local, said, as she complained insects are “filling the house.” She is more concerned about her plants, though. “They dry them up,” she lamented. “We are using pesticides, but it does little (to eradicate them),” she told Demirören News Agency (DHA) recently. “They are everywhere in the evening. You can’t go out to the porch, they are almost attacking us,” Sabri Topal, another local complained. “Butterflies are soft; those are hard as a rock. It feels like you are bitten when they hit you,” Esra Bostancı, another local, said.

Vampire butterflies show up mostly in the evenings and during the summer and have been affecting especially the Beykoz, Beşiktaş and Sarıyer districts in recent years. In rural parts of the districts, they eat up crops in gardens. “We have nothing left in our garden, no tomato, no peppers,” Melek Karaoğlu, a resident of Elmalı village of Beykoz, told Anadolu Agency (AA).

Experts predict that the insects have likely arrived from Georgia, littoral to the Black Sea, and after their prevalence in Türkiye’s eponymous region, they migrate further west.

Assistant Professor Fatih Dikmen, a biology expert from the Istanbul University, said people do not need to be alarmed over damage to human health but vampire butterflies particularly target crops. “They slowly spread to Istanbul from the Black Sea. They were first sighted about a decade ago in Türkiye. They are invasive species. It is likely that they arrived here through transportation of goods between Türkiye and Georgia. In Istanbul, they are mostly confined to Beykoz, Sarıyer or Şile, places with a climate similar to the Black Sea region. It is predicted that their larvae might have been stuck to goods imported from abroad and they proliferated here,” he told DHA.

Dikmen said vampire butterflies mature in the summer, in June and July and become more active. “They are harmless for humans; they are not the host or carrier of infectious diseases. People can prevent their takeover by appropriate pesticides,” he said. He added that other measures should focus on eliminating their breeding grounds, like pruning thin branches they inhabit and cutting off weeds around crops.